There's a reason Israel is known as the Start-Up Nation, and Tel Aviv start-ups like Fiverr, Moovit and Here Mobility have put the Mediterranean city at the centre of this thriving ecosystem 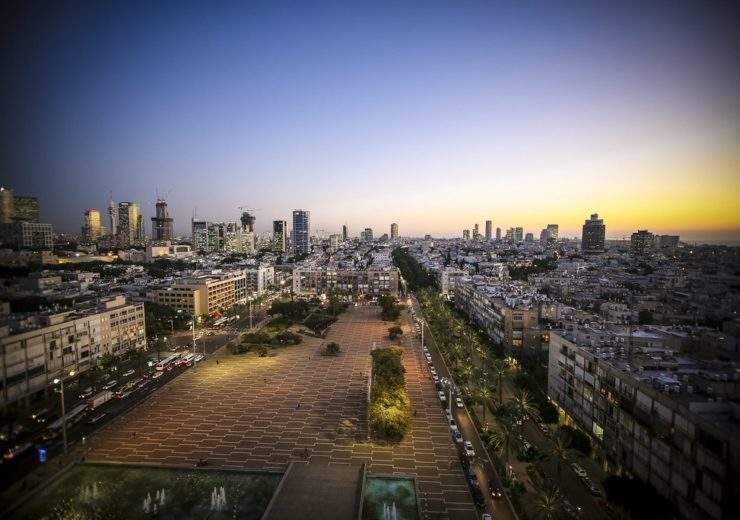 Tel Aviv is perhaps best known as being the first modern Jewish city – but in recent times, its 1,700 start-ups have propelled it on to a truly global stage.

With a population of 440,000, this is more per capita than any other city on Earth – giving it the nickname of the “Start-Up City”.

Silicon Wadi, the other moniker given to Israel’s answer to Silicon Valley, is home to a wide range of innovative young tech companies working in everything from artificial intelligence and virtual reality to artificial vision and mobility.

We take a look at some of the most exciting Tel Aviv start-ups making waves across the world.

It enables users to plan journeys and access a live map showing nearby stops and stations based on their location.

It has been used by organisers of the 2016 Rio Olympics, Euro 2016 football tournament and by the Italian football club AS Roma to assist fans’ and athletes’ journeys.

Fiverr is as an online marketplace for freelancers where people can offer a service to small businesses and sole traders for anything from $5.

It’s billed as a tool for enabling people to take part in the economy without needing an office.

Nicknamed the “Google of the mobility world”, Here Mobility is one of the first major start-ups tackling the mobility-as-a-service (MaaS) model.

Its platform aims to be a one-stop-shop for the currently fragmented mobility market by bringing together transportation companies in the sharing economy, including car rental schemes, ride-hailing services, bike-sharing and scooter hires.

The company, founded by Nokia-owned Here Technologies in January 2018, hopes this will break up the growing monopoly being built by Uber, which is investing heavily in all these spaces across the world.

Like Google did with the internet, Here Mobility will hope to be the company at the fore of a mobility sector estimated to increase in value from $200bn (£153bn) but is predicted to rise to $1.5tn (£1.15tn) within the next decade.

For the time being, it is hoping to revolutionise the way we buy shoes online. By analysing people’s feet with a smartphone app, it can suggest shoe models and sizes for the best fit.

In April last year, the company was bought by Nike for an undisclosed amount as the US sportswear giant seeks to enhance its digital capabilities.

Artificial vision company OrCam – founded in 2010 by Professor Amnon Shashua and Ziz Aviram, and based an hour away from Tel Aviv in Jerusalem – has developed assistive technology for individuals who are visually impaired.

Its MyEye 2 wireless device, which is about the size of a finger, has a small camera that can be mounted on a pair of glasses to recognise text and objects – instantly relaying information to the wearer via a discrete earpiece.

The MyME, meanwhile, is a USB stick-sized wearable camera equipped with AI that uses audio and visual signals to recognise people who are familiar to the user.

By scanning business cards and name tags, it builds a profile of the person while helping the user remain engaged in a social situation, and will remember their face for future reference.

The AI start-up has developed a programme that automates contract renewals. In a study last year, it outperformed human lawyers at identifying legal risks in non-disclosure agreement (NDA) contracts.

It took LawGeex’s AI 26 seconds to achieve a 94% accuracy level, compared to the 85% average hit rate for 20 top US corporate lawyers – who took 92 minutes.

But the company doesn’t intend to replace lawyers, instead freeing them to do more valuable tasks – using the tagline “the platform that lets you get sh*t done”.

The 2Sens propriety software engine can turn any device with a dual camera, such as the iPhone X or Huawei P smart 2019, into a mixed reality device.

Mixed reality (MR) describes a merger of real and virtual worlds to produce new environments and visualisations where physical and digital objects co-exist and interact in real-time.

For example, while augmented reality can place a digitised 3D character on top of a real-world environment, MR instead enables the character to interact with that environment – such as walk around obstacles and hide behind objects.

The start-up has also created a 3D plug-in camera that turns any smartphone into a stereo camera.

Start Wars enthusiasts should be fans of the name of Anagog’s software JedAI SDK, an artificial intelligence engine that collects and uses data from a handheld device’s sensors to build a user profile on that handset.

The insights help to understand the user’s mobility, activities and locations they visit in the real world, but respects data privacy as it doesn’t require any personal information to be pulled out.

Anagog says organisations using JedAI, which can be integrated into smartphones, can understand and predict consumer behaviour in certain situations.

The company has attracted investments from automotive giants Daimler AG, Porsche and Skoda, highlighting the technology’s potential in cars – perhaps using data to offer up services during a journey.

Virtual reality is all the rage in video games right now but Byond has created a publishing platform that businesses can use to create their own interactive experiences.

During the 2018 FIFA World Cup, Byond helped Coca-Cola to create a branded airplane that carried the trophy around the world.

A dynamic tour of the globe – featuring 360 videos produced by Coca-Cola – was available on the soft drink giant’s website as a refreshing way to experience the brand.