As more smart cities like Houston, Texas, are developed around the world, tech companies will have to think carefully about how to build urban projects that make city life both efficient and free from issues around privacy and discrimination 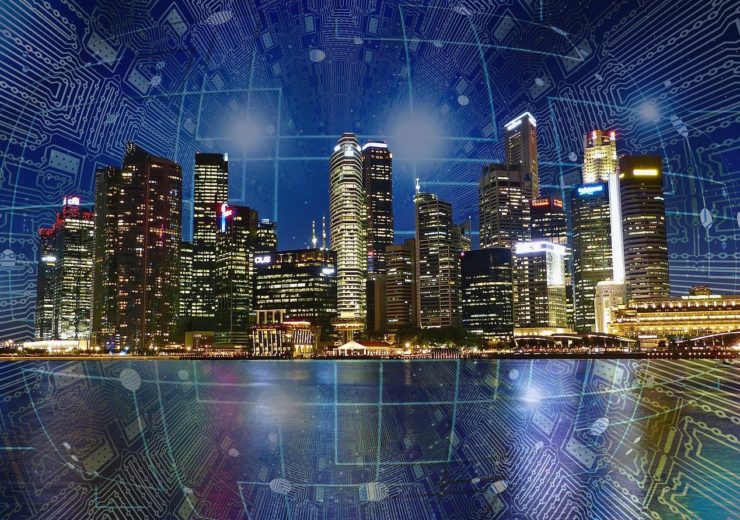 Smart cities have the potential to increase sustainability, efficiency and attract higher-calibre knowledge workers. As technology companies endeavour to reshape urban spaces, however, there is growing anxiety over how they protect individual privacy rights. Dana Barnes, vice-president for Microsoft’s state and local government unit, tells Will Moffitt how the tech giant is mitigating these fears, and helping cities such as Houston become more interconnected and resilient.

On 25 August 2017, a swirling cyclone gave way to a 130mph tropical tempest that dumped 51in of rain on greater Houston. Hurricane Harvey was the first major storm to hit southern Texas since Hurricane Celia in 1970, and it left a trail of devastation.

Claiming 50 lives and causing an estimated $125 billion in damages – wrecking homes, shopping centres, offices and government buildings – the flooding ravaged hundreds of neighbourhoods in the Texan city, from the more affluent parts of Kellywood to the poorer, predominantly African American areas, such as Kashmere Gardens.

Two years after the event, even in the aftermath of hard-fought recovery efforts, Houston is still living with the effects of Hurricane Harvey and many – particularly those presiding in already deprived neighbourhoods – have struggled to overcome the physical and emotional scars it has left in its wake.

Like Hiroshima, San Francisco, Dresden, or any other city hit by a major destructive event, the incident marks a turning point for Houston. An obligation not only to reclaim and reconstruct one’s heritage, but also to rebuild, address lingering grievances and inequalities, and guard against future catastrophes.

“We would be making a serious mistake if we were trying to put things back to the way they were, as that doesn’t provide a resilient city. We want to build forward,” said Mayor Sylvester Turner, speaking at an event hosted by New America entitled ‘Rebuilding a smarter city: Lessons from Houston’.

To accelerate this forward-thinking approach, Sylvester and other members of the city government have been collaborating with Microsoft to rebuild Houston, endeavouring to transform it into a high-tech urban metropolis. The partnership was officially unveiled in May 2018, with plans for improving infrastructure modelled around four core pillars of transportation, public safety, resiliency and sustainability, as well as citizen engagement.

For Dana Barnes, vice-president for Microsoft’s state and local government unit, Houston is a city caught in a reflective moment, deeply questioning and rethinking how new technologies can make it a safer, more efficient place. “Particularly in the wake of Hurricane Harvey, Houston’s transformation is a model for thinking about city resiliency and how to build a connected city infrastructure, from transportation to public safety to schools,” Barnes says.

As most tech-savvy onlookers know, Microsoft’s interest in transforming Houston’s fate is nothing new. Ever since the 1960s, when Walt Disney dreamt up the Experimental Prototype Community of Tomorrow (EPCOT), generations of tech visionaries have sought to reimagine urban spaces.

Buoyed by today’s radical capabilities of data sharing and cloud technologies, companies such as Cisco, IBM and Siemens are investing in cities around the globe, seeking to remake them in their own image. For this new cohort of urban planners, the focus is not only overcoming today’s inefficiencies but also the looming problems of the future, such as overpopulation and global warming. As Barnes says, such technologies extend far beyond the realms of remote Wi-Fi access and making trains run on time; instead, the sheer volume of data that cities can amass is fundamentally altering the structure of how they are governed.

“Cities are evolving to keep up, not only with growth but also the changing expectations of governments in the digital age,” Barnes says. “A true smart city should have both centralised and decentralised functions that use modern technology like the internet of things (IoT), artificial intelligence (AI), cloud capabilities and modern applications across many areas.”

Just like Minecraft, Microsoft is rebuilding parts of Houston from the ground up

Much like Minecraft, the sandbox video game that it bought for $2.5 billion, Microsoft is seeking to rebuild parts of Houston from the ground up, calling on what Barnes calls a “massive partner ecosystem”, to improve a range of city services, from end-to-end transit management to utility operations and public safety.

Within this broader ecosystem, Microsoft has access to a vast array of software providers, a network of companies that can tailor solutions to specific problems such as crime or pollution.

“We understand that the vast complexity of a smart city cannot be devised and implemented by one company,” Barnes says. “So we are empowering and collaborating with our entire community of partners to accomplish each city’s vision.”

One example comes in the form of Project Edison, an IoT solution that aggregates information from cameras, motion sensors and security alarms to instantly alert emergency services and provide first responders with real-time information updates. This technology is the result of a collaborative effort between Microsoft and Insight, a digital solutions company, and is currently being trialled in Houston’s Aldine School District.

Meanwhile, the city is developing an intelligent transportation system enabling citizens to receive real-time traffic warnings from a centralised website. Parking facilities have also been improved through the installation of 800 pay-by-plate meters, allowing citizens to pay fees from their smartphone.

With other notable features in development – such as advanced flood detection sensors, a 3,000-strong network of sewage monitors and fire surveillance drones – Houston could, in the not so distant future, resemble one giant computerised organism; a slick, sustainable metropolis where Wi-Fi is constant, trains are never late, power never fails and the trash is always collected on time.

While these developments have rosy utopian undertones, for a significant proportion of society, the amassing of vast amounts of data required for these shiny new cities to function echoes the high-surveillance tenets of the dystopian genre.

For many smart-city planners and technology companies, convincing citizens that their private information is not being used for commercial gain remains a challenging feat, particularly at a time when fears abound of large corporations using private information for nefarious ends.

So far, Toronto’s Google-driven Quayside project stands out as a pertinent example of how not to navigate those public relations pitfalls. Since June, when Google subsidiary Sidewalk Labs released plans to regenerate 12 acres of Toronto’s waterfront, the initiative has been fiercely scrutinised by local residents who see its core objectives as unsettling, vague and undemocratic.

A number of high-profile technology executives have also criticised the project, with US venture capitalist Roger McNamee calling the plans “the most highly evolved version to date of… surveillance capitalism”. Meanwhile, Jim Balsillie, co-founder of Blackberry, described Quayside as “a colonising experiment in surveillance capitalism attempting to bulldoze important urban, civic and political issues”.

According to Barnes, one way Microsoft is addressing these concerns is by establishing a transparent relationship with governments, openly discussing how these emerging technologies can be used safely; in particular, how machine learning and facial recognition technology can be used fairly and democratically.

“We believe that we have a shared responsibility to create trusted AI systems and work together with governments to reach a consensus about which principles and values should govern AI development and use,” Barnes says, citing Microsoft president Brad Smith’s comments that the US Government should regulate facial recognition technology.

In a blog published on the company website in December 2018, Smith said he was concerned that “certain uses of facial recognition technology increase the risk of decisions, outcomes and experiences that are biased, and even in violation of discrimination laws”. In particular, he referred to the fact that some forms of the technology had “higher error rates when seeking to determine the gender of women and people of colour”.

Work is currently underway to rebalance these inequalities, with Microsoft claiming last June that it had enhanced rates of identification in both women and darker-skinned men by up to 20 times. However, as Barnes notes, due to the infancy of these technologies, developing legal and social principles for correct implementation remains a challenge, albeit one that needs to be solved.

“AI has the potential to change how a government functions and to improve the delivery of services to its citizens,” Barnes says. “And a technology as powerful as this requires both the public and private sectors to develop norms around acceptable applications.”

Dialogue between citizens and the urban planners shaping their future

While facial recognition and data monitoring have invariably been associated with overbearing and intrusive forms of smart city governance, particularly in the UK and North America, elsewhere new technology platforms are having the opposite effect, opening more transparent forms of dialogue between citizens and the urban planners shaping their future.

In Barcelona, for instance, a 40,000-strong interactive online platform called Decidim – a term translated as ‘We Decide’ in Catalan – is enabling a more democratic, bottom-up approach to city building, allowing citizens to discuss and debate certain issues and suggest new ideas and solutions on how to solve them.

Microsoft has developed a similar engagement platform in Cascais, a city on the west coast of Portugal, allowing some 200,000 residents to connect with civic services, events and initiatives, and earn points and rewards for their contributions.

With nearly five billion people living in cities by 2030, these initiatives stand as bright examples of how new technologies can help these spaces become more communal and democratic, with technology companies putting the needs of residents first, rather than ruling from the top down.

As more smart cities are developed around the world, Microsoft and others will have to think carefully about how to build urban projects that make city life both efficient and free, and how to convince an already sceptical populace that their privacy can be protected.

Ultimately, this embrace of new technologies should make urban life more prosperous, resilient and sustainable, helping places like Houston rebuild in the aftermath of tragic events, guard against disaster and move forward into a brighter, more hopeful future.