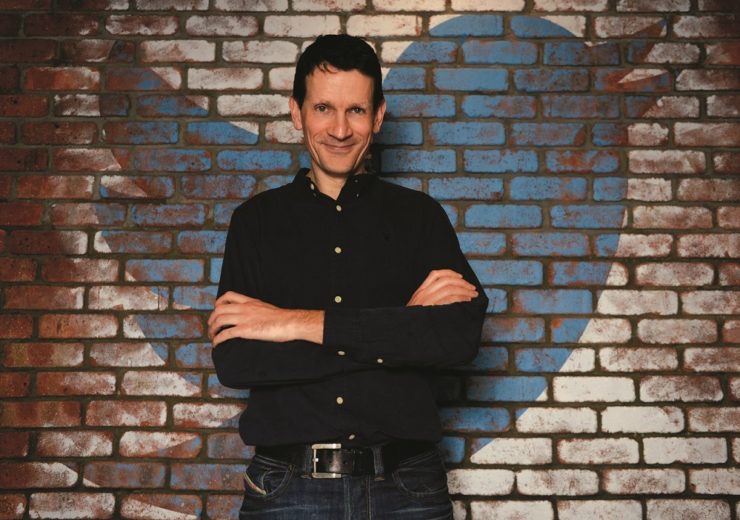 Bruce Daisley, Twitter’s vice-president for Europe, is the writer of the best-selling book, The Joy of Work, and the creator of award-winning podcast Eat Sleep Work Repeat. He tells CEO Journal editor Stephen Hall why he’s on a mission to fix the broken 21st century workplace culture and champion remote working, regular breaks and the four-day week, for a new generation of employees.

When Google first appointed a chief happiness officer (CHO) it certainly raised a few eyebrows. For years, workers at the tech giant temporarily ceased coding, put their laptops aside and flocked to Chade-Meng Tang’s mindfulness-based emotional intelligence course titled “Search Inside Yourself”.

They continued to do so until Meng, informally known as the “Jolly Good Chap”, retired at the age of 45 to spread his message outside the confines of the office.

Achieving joy at work has become one of the biggest conundrums in the corporate world. As smoothie bars and rock climbing walls infiltrate our workplaces, striving to understand what really makes staff happy is key for a lot of large businesses.

So when Bruce Daisley, Twitter’s VP for Europe, tells CEO Journal he believes that the corporate search for happiness in itself can be a touch destructive, this viewpoint is a surprising one – especially from a leader at one of the world’s top social media companies.

And while 21st century companies hope to instil their workforce with a sense of Zen-like calm, instigating ever more complex relaxation programmes, Daisley believes that all of these initiatives may well be misguided. In a recent article in The Guardian, he criticised companies for investing in gong baths and Zumba courses instead of addressing the root causes of workplace stress.

It’s a view that was shared by Zen teachers Ron Purser and David Loy in their article Beyond McMindfulness, which called out businesses for trying to exploit the ancient Eastern meditative practice for profitable gain.

So, if engaging in 6am collective corporate hot yoga sessions isn’t the answer in the elusive search for workplace happiness, what is? Daisley believes the solution may, in fact, be far simpler. 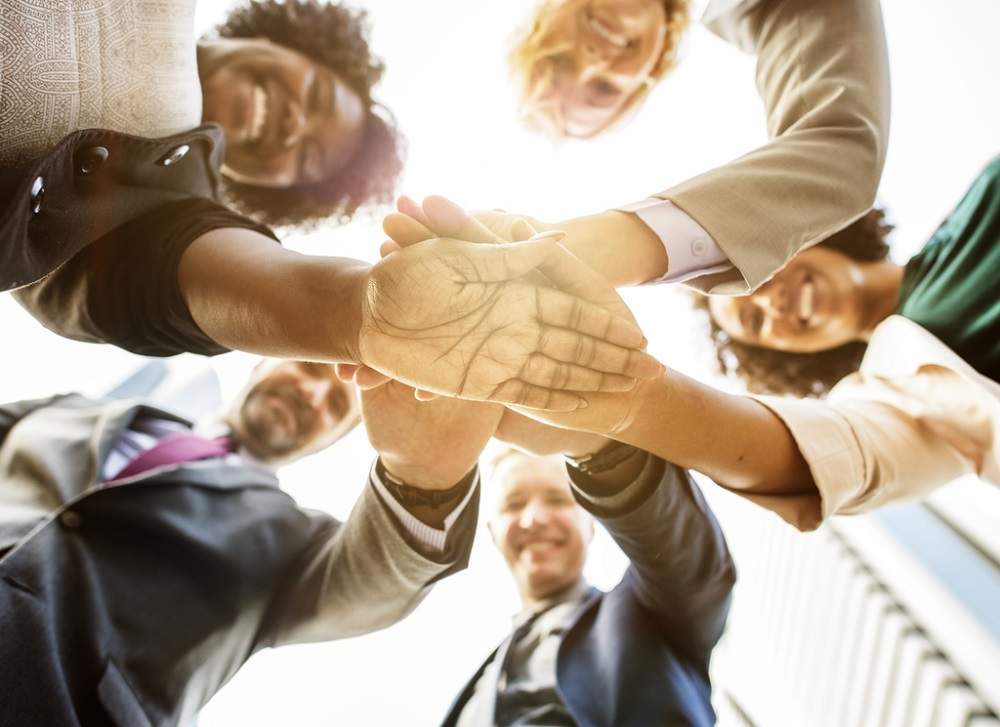 “What actually appears to make people happy at work is when they feel that their boss cares about what they’re doing and they have a degree of autonomy to get the job done,” he explains. “I think it’s about aiming for these things obliquely rather than directly, but overall the levels of data on these things don’t paint a healthy picture.”

Indeed, workplace surveys conducted worldwide by Gallup say that just 13% of people are fully engaged in their jobs. The UK ranks as the 10th happiest country in the world for satisfaction at work, yet just 17% are content in their job, painting a bleak picture.

It’s a depressing statistic that inspired Daisley to create the popular podcast Eat Sleep Work Repeat, which interviews numerous neuroscientists and psychologists to discover the right ingredients for an optimum work/life balance. Championing flexible working and the benefits of regular breaks, the show is a call-to-arms against the always-on culture of many big corporations.

“We’ve created a way of modern working that is laced with demotivation, unhappiness, people feeling dissatisfied and I think that’s probably one of the lessons,” he says. “We need to be more honest about what motivates us at work and try and get back to a situation where people feel challenged, stimulated and rewarded.”

Working hours are getting longer for many people

Daisley says that the workplace has actually evolved in the past 20 years to make labour increasingly harder for people. In 1930, British economist John Maynard Keynes predicted that technological change and productivity improvements would eventually lead to a 15-hour work week.

Yet more and more of us are now clocking longer hours even as technology accelerates exponentially. In the US, 40% of adults still toil for 50 hours or greater with few holidays in between. By one estimate, the average working day has gone up from 7.5 hours to 9.5.

Furthermore, hyper-connectivity means business emails are now accessible at all times on our smartphones. With correspondences arriving 24/7, imploring an answer ASAP, it can often lead to a deluge of digital demands that never seem to be dealt with.

“All of those burdens contribute to a situation where people feel overwhelmed by work,” Daisley continues, “and the consequence is that it expresses itself as burnout. Levels of burnout are now at record levels by some estimations.

Could a four-day week be the way forward? Bruce Daisley thinks so

In the regular working week, many employees now also spend time unproductively on idle tasks. Research suggests that the average staff member is engaged in productive tasks for just two hours and 53 minutes a day. With personnel clearly craving more leisure time while still at work and plenty of time being wasted, the situation has led many to debate the benefits of four-day weeks.

In Japan – where karoshi, meaning death by overwork, claimed the lives of 190 people, including suicide, during the 2017 financial year – Microsoft successfully trialled a four-day working week within its offices. The tech giant found that productivity shot up by 40% compared with the previous month, when staff were given a longer rest period to recharge their batteries. 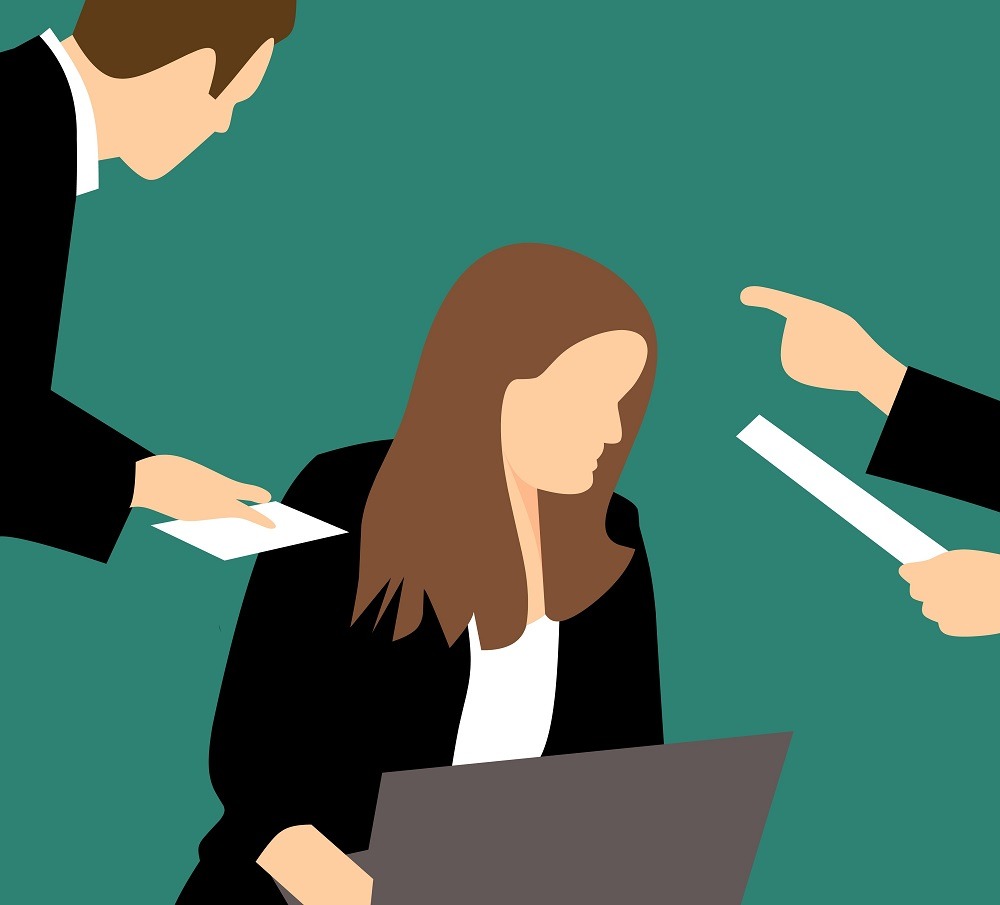 “I definitely think it’s a discussion that we should be having,” says Daisley. “We’ve seen the psychology research in the past couple of years trying to understand at what level human output peaks and the critical thing is that, if you’re doing work that requires creativity, imagination and invention, working less seems to put you in a sweet spot where you have better ideas.

“If we work the same hours, but do it over four days, it will give people space in their brain for ideas to develop and flourish. When you look at surveys of people that do a four-day week, their levels of satisfaction with their life is higher and they report that the balance between work and home is significantly better.

“So, if you get to a situation where people do the same amount of work, but in four days rather than five, it seems like something that we should at least experiment with.”

While the science points towards less actually being more when it comes to productivity, many companies still seem determined to ignore this evidence. Some have even trialled sophisticated AI monitoring technology to keep a watchful eye on employees.

Earlier this year, it was reported that the actions of 130,000 people in the UK and abroad are being monitored in real time by an Isaak system, which ranks staff attributes and time spent on activities. Last year, a US company, Three Square Market, even microchipped its workers to monitor their behaviour and movements via GPS.

Meanwhile, corporations such as IBM, BP, Bank of America, Target and Barclays have offered their employees Fitbit activity trackers. As some over-zealous business owners dream up ever more sophisticated measures of increasing time spent on the job, Daisley is adamant that breaks, especially for lunch, are a vital component in the working day.

“When we push back against the demands of work, it seems to yield more than a decent return, so I often advise people that they should try and take a lunch break three or four times a week, or they should get notifications on their phone. Both of those things can increase people’s energy levels,” he explains.

“If you take a lunch break, your sleep improves and your satisfaction with your weekend seems to go up. We probably need to start to think about human beings as more holistic and a more complete unit.

“You’ll either crash in a spectacular sense or you won’t enjoy the things that you used to, like sitting down and watching a movie, or enjoying a glass of wine. I think burnout isn’t a linear thing, it has a confusing way of expressing itself.”

As some employees run themselves down to get tasks done, the ongoing quest for peak performance has led high-profile executives to experiment in some unusual ways.

Apple co-founder Steve Jobs raved about the benefits of a fruit-only diet. Disney boss Bob Iger rises extremely early, at 4.30am. Twitter’s US CEO, Jack Dorsey, meanwhile, is renowned for his stoic endeavours. The 42-year-old billionaire has advocated the benefits of weekend-long fasting, ice baths and 10-day silent meditation retreats. Across the pond, does Daisley endorse any irregular methods for getting ahead?

“Each to their own,” he says. “Jack loves to meditate and, for me, my meditative moment is running six miles to work every day, so it’s all about finding what works best for you. I personally find that the state I get into from running is incredible for me.”

On his non-linear route to the pinnacle of the social media world, he’s worked in a variety of fast-food restaurants, in bars and offices and has witnessed some horror shows along the way.

“The thing that I’m aware of, though, is that more than anything, people can do what is superficially an unrewarding job, but if they get clear management, clear instruction, if they get good feedback on how they’re doing, they can actually find strong rewards in that position,” he explains. “That’s a critical reminder for me. People are happy to do difficult jobs if they feel their work matters and if they feel that their bosses notice them.”

And, after interviewing some of the world’s leading gurus, neuroscientists and psychologists and receiving a lot of conflicting advice along the way, it’s still the best medicine of all that is the most effective for Daisley.

“Now that I work at Twitter and people say to me, ‘what do you enjoy about your job?’ I say that even when I have stressful days, we laugh every day and that’s what always fills me with a sense of joy.”