Microchip-management: Should companies be allowed to microchip employees?

Companies such as BioTeq and Biohax are two of the first to offer microchipping services for humans. With rumours circulating that a large firm in the UK is interested in using the technology, Sam Forsdick weighs up the benefits against legal and ethical issues 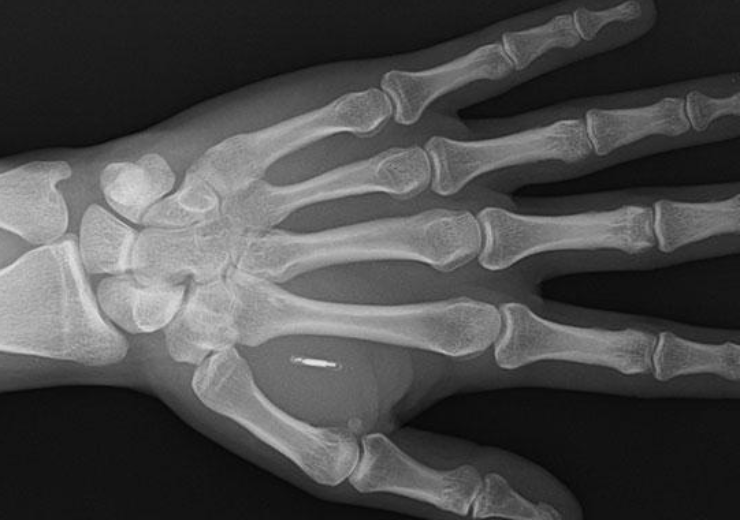 It sounds like the plot of a sci-fi film – but Swedish company Biohax recently hit the headlines after it reportedly received interest from several British firms looking to microchip employees.

The small chips are implanted under the skin on the hand and use near-field communication, the technology found in contactless, which allows users to scan into their office building or log into their computer.

While proponents of the technology believe it can save valuable time and enhance security, opponents are concerned it could lead to a Big Brother-style society in which businesses have unchecked access to their employees.

Compelo examines the arguments for and against.

Why do companies want to microchip employees?

Biohax claims the technology is more secure than an ID card and told the Sunday Telegraph it is in discussions with several British firms, including one “major” company that employs hundreds of thousands of staff.

“It is saving more and more seconds every day. Not to mention the global impact when applied to everyday events, such as boarding a bus faster – those seconds are becoming minutes and hours which I choose to allocate towards my family and kids.”

British rival BioTeq is the first to offer the service to people in the UK and estimates to have fitted 150 people with implants.

Founder and director Steven Northam says his company had worked with an engineering business, an employee of a local newspaper and a member of staff at a bank who was testing the technology out for the business.

Most of his firm’s clients use the microchips for door access systems to replace the need for an ID card and improve security but others have used it to store passwords, medical data and for securing bitcoin wallets.

“One of the main drivers for this tech at the moment is security concerns – you can lose an ID card or a phone, but it’s very difficult to lose your hand,” says Steven.

The argument against microchipping employees

On the other side of the argument, some have described the trend as “sinister” and “dystopian”, raising ethical and safety concerns around tagging employees in the same way you would a family pet.

Frances O’Grady, general secretary of British trade union federation TUC, says: “We know workers are already concerned that some employers are using tech to control and micro-manage, whittling away their staff’s right to privacy.

“Microchipping would give bosses even more power and control over their workers.”

But there are many legal questions the concept raises alongside the ethical concerns.

Jonathan Rennie, partner at Bristol-headquartered UK law firm TLT, says: “If microchipping was to become a legitimate means of employee surveillance, it would need to overcome a number of considerable hurdles – not just from an ethical standpoint, but also the practicalities of implementing such a policy in the employment context.

“The intention is that these chips are to be used to restrict access to certain data, provide additional security and boost productivity in the workplace.

“But let’s not forget, the same technology is currently used for purposes far beyond this, like tracking down missing pets.

“The concerns will be that an overwhelming amount of personal data would be stored, processed and susceptible to hacking and the basic privacy concerns of employees.”

“As far as I’m aware no one is forcing employees to have the chips fitted,” he says.

“We would never dream of telling people that if they wanted to work here, they have to have a microchip fitted – it would break all forms of ethics and company code of conduct.

“In terms of tracking, microchips don’t allow businesses to track their employees any differently to their ID card.

“There is no GPS tracking or anything like that, which I think people are clearly concerned about.

“It’s a bit of a misconception that this allows some form of remote tracking.”

Could a microchip replace your keys, passport and credit card?

Mr Rennie also raises the point that injecting a microchip under the skin, for a cost of between £70 and £250, brought very little benefit for the user.

He says: “If a surgical procedure is the substitute for swiping a badge at the door or the photocopier or having to key in a password, it is worth considering the potential liability that could arise from trying to fix a problem that perhaps does not exist.

“While some sectors like security and defence might be looking at this possible application sooner than others, any benefit this arrangement might bring to an employer has to be weighed against the plenitude of obstacles that come with it.

“To introduce microchipping against a backdrop of support for tighter controls on workplace monitoring would give an entirely new meaning to ‘getting under employees’ skin’, and any arrangements like this will require exceptionally thorough due diligence and balance of the various considerations and interests.”

But for Mr Northam, who has had a microchip implanted himself, the benefits outweigh any potential drawbacks.

Although he rarely lost his keys prior to the procedure, he says: “The convenience of having a chip in your hand to access a building is awesome to me – I can’t lose my keys or get locked out.”

BioTeq is also working on medical applications with a university to develop a chip for people who are diabetic that can take a blood glucose measurement by tapping your phone on your hand rather than pricking your finger.

Mr Northam adds: “Currently, there isn’t a big market for human implants, but maybe in ten to 15 years’ time it could be more commonplace to have a microchip fitted to replace your keys, passport, and credit card.”