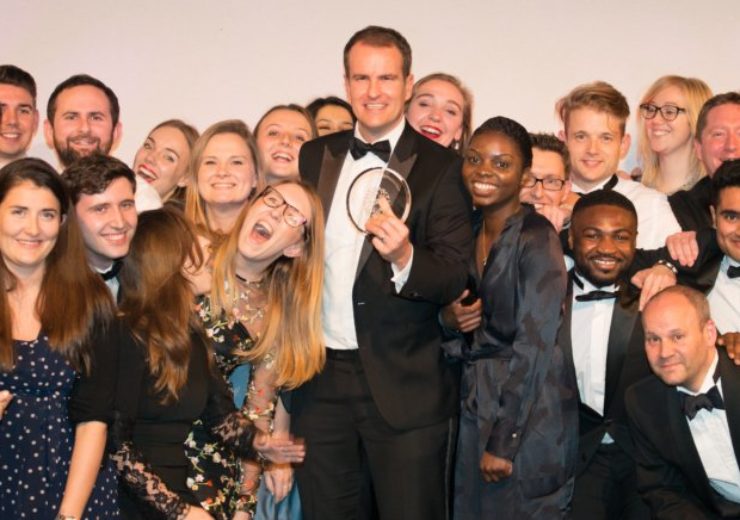 Market research firm Opinium has earned a reputation as one of the best places to work within the industry, coming top in the 2018 Drum Awards. Company CEO James Endersby talks to Sam Forsdick about the process of building a positive workplace.

Polling company Opinium is used to questioning members of the public on their voting intentions and buying habits.

Day-to-day tasks at the organisation vary from conducting research identifying our favourite popcorn packaging, to determining how the population feels about the pros and cons of Brexit.

But following the appointment of James Endersby as CEO, the company has also turned attention to its own people — seeking employees’ opinions on how to improve the business itself.

Endersby, 39, explains: “We turned the audits on our own team and we asked employees anonymously about their mental wellbeing at work.

“You have to be quite brave to do something like that, but we immediately found areas that we can improve.”

One fundamental change that came about as a result of staff input, was the removal of probation periods.

A one- to three-month trial period, following the start of employment, is the norm at many organisations, but the South African CEO wanted to challenge this convention.

“When you join a company which has a probation period in the contract, it’s a bit like telling a potential girlfriend or boyfriend that you want to re-think things after three months,” he says.

“What you’re really saying is you don’t trust your recruitment process and it’s admitting that you may have made the wrong decision.

“We stopped the practice straight away because we want to back the people we hire.”

James Endersby brought in to steer the Opinium ship

Despite having been founded in 2007, the company had been operating without a managing director and Endersby claims it needed someone to “steer the ship”.

He says: “I think the main issue was the people that had been employed just weren’t up to scratch and they were dealing in a smaller part of the market.

“My vision was to expand the company offering across different parts of the research world and methodology.

“It has been an exciting business to try and grow.”

Endersby’s ideas on business management first developed while he was a manager for the consultancy firm Monitor Group, where he spent time at the firm’s Delhi, London and Boston offices between 2005 and 2008.

Speaking to NS Business following a talk at co-working space Workable’s Summer School for Start-Ups, he says: “The collegiate way of working and that flat structure that they used is really important to allow people to be inspired at all levels.

“The company structure helped people to pursue their own internal authentic creativity.”

Endersby describes himself as “incredibly lucky” to have been given free rein to make whatever changes he wanted at Opinium.

“I wouldn’t have taken the role if I didn’t have full control,” he says.

“One thing we focused on right from the very beginning is our people.

“I think some business owners only start thinking about their employees when they get to a certain size or when they are so unhappy they start leaving.

“I attend every single review because it’s important to hear exactly what their concerns are.

“CEO’s should ask their employees what they want to see change in the business, because they’re the people out there every day on the front line.

“The information they can provide is really powerful.”

As a result of employee suggestions, Opinium introduced flexible working hours and time off for staff to explore hobbies outside of work.

Endersby says: “One of our colleagues was explaining to me how she used to ice skate and asked whether she could leave half an hour early on a Tuesday to pick it up again.

“Half an hour early on a Tuesday is nothing and it’s something that’s so important to her.

“We expanded the offer to everyone, so if you want to study something or start a hobby, we’ll let you do that.”

Opinium’s status as one of the best places to work in the industry, is supported by the fact that staff are given a stake in the business.

A third of the equity in Opinium was released and given out to employees, with plans to increase this to 50% of the company.

Endersby says: “We have the ability to make people partners in our business, which I almost think is a bit of an unfair advantage sometimes.

“We made three new partners the other day — one is 24 years old.

“It depends on their performance and value to the company, but we hope to make as many of them partners as possible.

“It’s one of the things that people at Opinium love most about the company, because they have a real sense of ownership.

“When you have someone who works for you, that actually owns part of the business it is extremely powerful and gives them a different motivation at work.”

Opinium has grown from a team of three, to having nearly 50 staff on the company books.

“When we started out with three people, it was easy to chat to people,” Endersby says.

“When you get to 40 people, you can go months without having a proper conversation with one of your colleagues, but it’s still really important to be in touch.”

Opinium is opening an office in New York at the end of the year and is considering expansion into other European markets.

However, Endersby claims he is kept up at night over fears that the company could lose its “family feel” if the growth isn’t managed properly.

“I hear these cautionary tales of people who come to Opinium from larger companies, and they all have the same motivation to work for a smaller employer,” he says.

“It scares me a little bit that investors could potentially come in and completely change the company ethos — and it would totally be out of my control.

“I don’t want to be one of those examples where the company used to be a fun place to work, but it stopped when it got to a certain size.”