Amazon delivery drones could double up as Neighbourhood Watch bots, according to patent 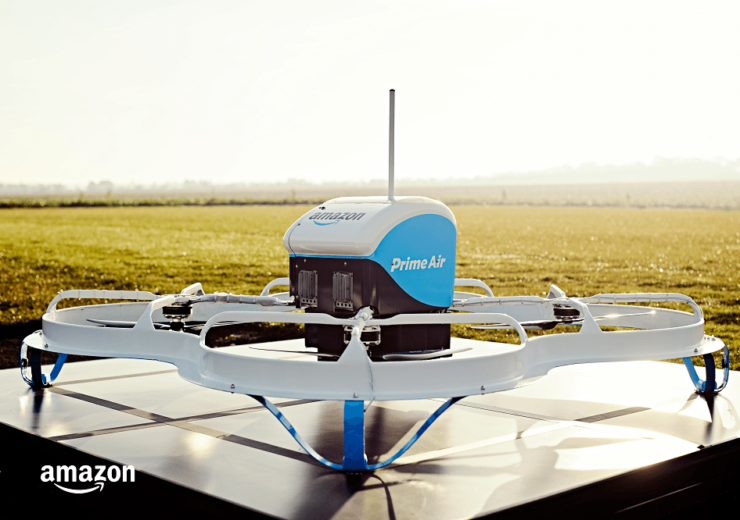 E-commerce giant Amazon is weighing up other uses for its newly re-designed delivery drone, including “surveillance as a service”.

According to a patent filed by the company, its aerial drones could be used to photograph the property before and after a package is delivered to screen for signs of an intruder.

The drone could then alert the owner of the property or the police and would perform a similar function to traditional Neighbourhood Watch schemes.

The patent states: “The delivery of a package using an unmanned aerial vehicle (UAV) may include performing a surveillance action at a property of an authorized party.

“The surveillance action may include imaging the property, and may be performed before or after the package is delivered.”

It goes on to add that the image data gathered would be modified to obscure unauthorised properties before generating an alert if signs of a break-in or damage to the property are spotted.

This “surveillance as a service” could be used to determine whether a garage door was left open, spot a broken window, identify graffiti, or warn of a fire, according to the patent.

It also suggested that customers who opted into the drone surveillance service could determine the frequency of visits the UAVs perform.

Could drones be used as a surveillance tool?

Amazon’s recently redesigned electric drone was unveiled at its re:Mars conference in Las Vegas earlier in the month.

During his address, Amazon executive Jeff Wilke stated that the autonomous drones will be used commercially “within months”.

Although the delivery service will have to meet strict regulation before operating in airspace, Amazon hopes drone-delivery could soon become the norm.

In the patent it said: “As the delivery of packages using unmanned aerial vehicles becomes prevalent, UAVs traveling to and from a delivery destination may be leveraged to perform secondary tasks.”

The drones, which will be fitted with a variety of sensor equipment including cameras, thermal and ultrasonic sensors, hold a number of benefits over traditional surveillance equipment, according to Amazon’s patent.

It added: “Traditional home surveillance may include video cameras installed by a service provider to monitor a property.

Other benefits cited in the form include the difficulty in disabling or manipulating video captured by an aerial drone in comparison to ground-based deterrents or CCTV.