Despite shutting Gatwick Airport down for a day, there are examples of drones being a force for good in public service - including helping firefighters detect false alarms, delivering medicine and testing key infrastructure 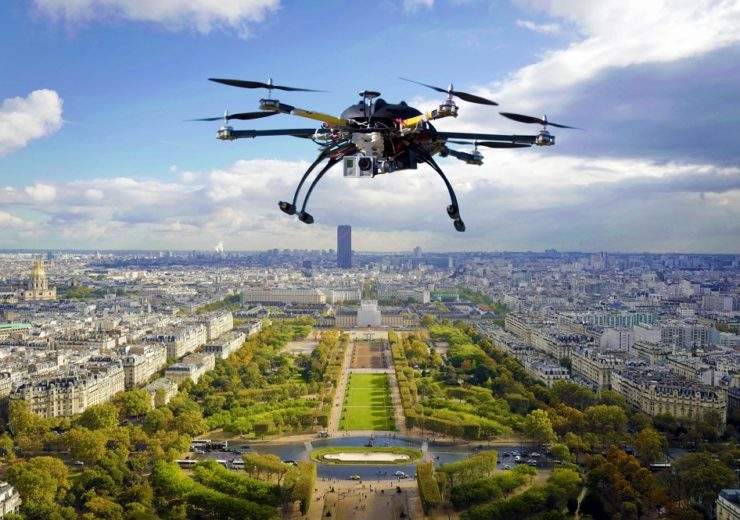 The idea of “drones for good” might not seem like a big priority for an unmanned aerial technology more commonly regarded as a gadget or military weapon – but it could be used for anything from delivering medicine to testing rail tracks. Kathy Nothstine, lead for future cities at innovation fund Nesta, explains more about the public service potential of drones to Sam Forsdick

It’s a gadget that might be high on some people’s Christmas list this year, while it’s become a weapon of choice for military combat that can be fought from the safety of a far-away command post.

And while drones don’t always get the best press – at the time of writing, they’ve just shut down London’s Gatwick Airport for a day after environmental campaigners reportedly interfered with flight paths – there’s a growing argument for why airspace should be reserved to maximise the technology’s potential for good.

Retail behemoth Amazon may be looking to deliver parcels with drones in the near future but one of the public service use cases put forward by UK innovation foundation Nesta is how the unmanned aerial vehicles (UAVs) could deliver medicine too.

This is just one example of “drones for good” in society being explored by the organisation, which released a report on the subject in July as part of its Flying High Challenge project to “shape the future of drones in UK cities” – which involved partnering with five city councils.

Kathy Nothstine, lead for future cities at Nesta, which gives funding to new ideas on how to tackle major challenges in society, says: “We noticed that drone technology had advanced rapidly – it was becoming cheaper, faster and lighter – and was moving out of the military sphere and into more commercial uses.

“There have been some pretty exciting projections about how the industry could grow but we had concerns about the impact it could have on cities and the people that live in them, in terms of safety and security.

“From a practical standpoint, we also look into how drones will add to the existing transport systems and how we could integrate a new type of transport service with the existing urban fabric.”

Different uses of drones for good across the UK

Local authorities in London, Bradford, Preston, Southampton and the West Midlands region all participated in the Flying High project to identify new uses for the technology, the feasibility and any necessary regulations.

Although the use of drones by companies was popularised by Amazon Prime Air – which completed the first delivery by drone in the UK in 2016 – councils were more interested in the ways that the technology could bring savings to public services.

Kathy says: “From working with the five cities, we found they were much more interested in the socially beneficial uses of drones rather than commercial ones.

“The cities we worked with considered commercial uses, such as package delivery, but decided they’d rather focus on uses that brought benefits to the delivery of public services.”

There are similar concerns about the recreational use of drones, according to Kathy.

“Some of the cities we worked with were less enthused about the recreational uses of drones because there is a perception that a lot of hobbyists might not be familiar with the regulations.

“The Civil Aviation Authority regulations don’t allow you to fly drones in close proximity to people or buildings, and most people don’t realise that when they are flying a drone in a park.

“Local governments have the power to make decisions on appropriate use of their airspace – it’s certainly an evolving question.”

Although Kathy explained that countries such as Switzerland are already routinely using drones to transport blood samples and medicines between hospitals, the UK’s NHS is yet to trial the technology.

Earlier this year, a drone was successfully used to transport a kidney for a transplant in Baltimore – proving the tech could be used for time-sensitive transportation of organs.

The possibility of transporting pathology samples, such as blood and urine, was tested by Nesta in central London.

Traffic congestion in London made the transportation of these samples between the city’s 34 hospitals challenging.

The pilot scheme, which involved moving samples between Guy’s and St Thomas’ hospitals, was found to be economically and technically feasible but changes to regulation and airspace management would be necessary.

Kathy explains: “London was the most complex and congested area to assess.

“One of the reasons we wanted to look at London was because if we could do it there, we could achieve the same anywhere.”

Transferring blood transplants between Southampton and the Isle of White presented a different challenge.

Long-distance drones were used to take the life-saving blood donations across the Solent to the Isle of White and proved to be a more efficient and cheaper means than the ferries that are currently used.

Kathy says: “You need a very different drone to fly to the Isle of White than you do to go a few kilometres across London.”

Drones for fire and rescue and traffic accidents

Another publicly beneficial use of drones that was assessed in Bradford involved the use of drones to respond to emergency fire and rescue incidents.

“We investigated the use of a drone to support the West Yorkshire Fire and Rescue Service to send a drone out to calls,” says Kathy.

“They were able to quickly assess the severity of the incident so the fire service could better deploy resources.”

Observation drones were used to take aerial imagery of the scene to inform firefighters before they arrived at the incident.

The drones were particularly useful for identifying false alarms – saving both time and resources.

The equipment is also capable of identifying hotspots, structural problems and any people trapped in the fire.

Similar technology was used for responding to traffic incidents in the West Midlands.

Drones were used to “support the police” and “to investigate the scenes of a traffic accident to assess the severity, improve the use of resources and capture information on the ground for investigations,” according to Kathy.

Both were found to be economically feasible and to have “strong social and public benefits” but similar issues were identified around current regulation.

Drones for construction and infrastructure testing

Drones are already used by some construction companies and surveyors, meaning the technology is already feasible.

Nesta’s economic analysis of the use of drones in a construction project such as the M55 link road in Lancashire was found to bring productivity gains of £15.7m over the 42 months of the project.

Network Rail and Transport for London (TfL) have also been testing the use of drones to inspect tracks.

Kathy says: “It brings real savings to public agencies and anything that can make things more efficient and reduce costs for government services can have real benefits.

“TfL currently inspects vegetation hanging over the tracks by sending out people early in the morning before the trains start running.

“If you could send a drone out, it would be much more efficient and reduces the need to put workers in risky situations.”

The next step for drone technology

Although current drone technology is capable of bringing some improvements to the delivery of public services, the ability to operate at scale and fly independently would bring greater economic benefits, according to Kathy.

The sector was given a boost in November when the world’s first drones standards were introduced by the International Standards Organisation (ISO) – which will eventually help create a regulatory framework for them to be safely deployed.

Kathy adds: “If you have these services being run at the same time, in the same location, it raises questions of how they would interact with one another and which technology is required to stop them crashing into one another.

“One of our big findings was that, while the current technology enabled them to work individually, the technology needed for drones to be connected and work as a system was still developing – such as flying autonomously, and flying out of the line of sight of the operator.”

But the technology cannot develop in isolation, with Nesta identifying several policy and regulatory issues around the management of low-altitude airspace.

“At the moment, the Civil Aviation Authority manages airspace and it’s geared towards commercial airliners that are typically operating at 30,000 to 40,000 feet,” Kathy says.

“The CAA would have to be involved in regulating this space but other local authorities such as the mayor’s office, local transport agencies and other stakeholders responsible for land and infrastructure also have a say on airspace in our cities.

“A more integrated approach to urban airspace management is needed in order to enable some of these drone systems to operate in the future.”