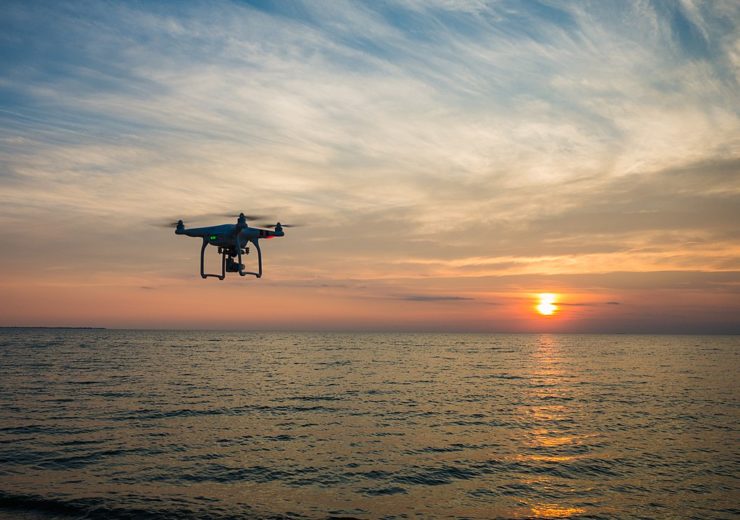 Drones could be used to help monitor the UK's coastline (Credit: Wikimedia Commons)

The UK Maritime and Coastguard Agency (MCA) is seeking to work with a drone supplier to help improve emergency response times for coastal incidents.

It is exploring ways the tech could be used to monitor the UK coastline and support helicopter and lifeboat emergency rescue missions.

The contract, which has a value of £990,000 ($1.2m), will aim to expand the current and future aerial surveillance capabilities of coastal services.

The tender document claims the deployment of drones could, “improve the speed of response, reduce costs and perform automated functions which would add to search coverage”.

The MCA is responsible for a number of emergency and surveillance services along the UK coast, including the provision of helicopters on behalf of blue light services and the protection of the marine environment.

Suggested uses of drones outlined in the document include tracking pollution levels in the sea, assisting in rescue missions, searching for people lost at sea and monitoring the English Channel and the UK’s Exclusive Economic Zone, where it has rights to fishing and energy exploration.

Use of drones in emergency situations is partially dependent on the ability to operate beyond visual line of sight — which is currently prevented by the Civil Aviation Authority (CAA).

Drone companies interested in tendering for the contract are required to show their technology is capable of operating in poor conditions where visuals may be restricted.

The contract adds: “The key deliverable the MCA aims to achieve from a drone demonstration and development contract is to address and remove the regulatory issues and barriers to allow Beyond Visual Line of Sight (BVLOS) flight in unsegregated and uncontrolled UK airspace.”

Bidders must be able to show demonstrable experience of negotiating permissions for drone operations with the CAA.

Applications for the contract close on August 19, with operations starting in September.