With 4,500 exhibitors across 2.9 million sq ft of Las Vegas floor space, there's plenty of room for innovations no-one knew they needed in their lives 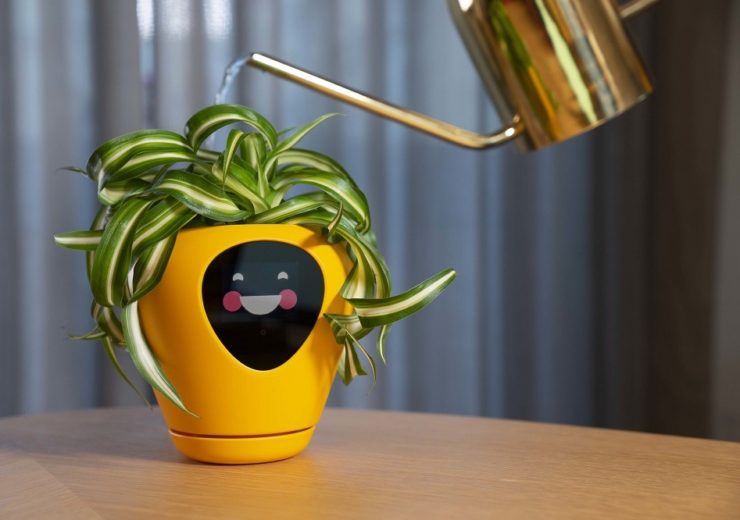 The Lua smart plant pot was one of the most unusual innovations at CES 2020 (Credit: Mu Design)

From plant pots and feline delivery robots that display emotions to a “reverse microwave” that chills lukewarm drinks in seconds, it wouldn’t be CES 2020 without an array of weird gadgets.

While Hyundai and Uber’s flying taxi demonstrator and the Samsung Neon “artificial human” chatbot have stolen many of the headlines at the Las Vegas consumer tech expo this week, a look beneath the surface will throw up some rather unusual innovations that pretty much no-one knew they ever needed.

After last year’s show brought a laundry-folding machine and smart toilet into the world, a new decade brought more unique concepts among the 4,500 exhibitors that displayed their inventions across 2.9 million sq ft of floor space at the Las Vegas Convention Center.

NS Business takes a look at some of the “best”.

Anyone who’s experienced that moment of dread when the toilet roll has run out will welcome this little bear with open arms.

US toilet paper brand Charmin has created RollBot, a robot bear that can be summoned by a smartphone using a Bluetooth connection to bring a spare roll when it’s needed.

The two-wheeled, self-balancing robot has the ability to navigate its way to the owner with a toilet roll on its head – although given there was no explanation about how it collects the roll, observers at CES presume it would have to be loaded up already and keep the door open.

Which is presumably why Luxembourg start-up Mu Design has come up with the idea of a smart plant pot that turns flowers into pets.

Named Lua, the gadget imposes a digital human-like face on the pots that show emotions indicating whether they are thirsty, sick or cold so owners can understand when they need some care.

The pots are fitted with sensors to monitor moisture, light and temperature, while an accompanying app providers information about specific plants.

Welt smart belt that alerts you to an expanding wasitline

It’s maybe not the best tech companion for just after Christmas as the Welt smart belt can measure a wearer’s waist and monitor how it changes over time – while notifying them if they are overeating or not getting enough steps in.

But that’s just one perk to this piece of fashion tech, as the latest smart belt pro model is now equipped with a fall prevention function that its South Korean manufacturer claims is a world-first.

The $395 leather strap is fitted with sensors that can detect patterns in small steps, which wearable items worn on the wrist apparently can’t.

It’s linked to an app and Welt says this means falls are detected in advance and prevented by analysing irregularities in the user’s walking pattern – although there is no mention of how it could make a physical intervention just before a fall.

The US digital healthcare company won the CES 2020 Innovation Award for the tech.

This new gadget has a hint of Hannibal Lecter to it but rather than protecting others from the wearer’s sharp teeth, the mask keeps the air clean and pure for that person.

AO Air’s Atmos Faceware device is billed as a tech solution to rising air pollution by filtering the air its user breathes in.

The manufacturer claims the $350 equipment offers between five-times and 50-times “better air” by creating a vacuum area around the nose and pushing air that has been filtered.

Appliance that chills your drink in minutes

When summer comes around, there will be nothing quite as blissful for many as a sweet cold drink.

And while the smart ones among us will plan ahead to put some beers, wine and soft drinks in the fridge before an anticipated garden or park get-together, there’s always an occasion when the only available beverage is as warm as the evening sunshine.

Enter Juno, a countertop appliance that uses heat-draining technology to chill drinks in under a minute.

Dreamed up by Matrix, the $199 coffeemaker-sized machine spins the drink at rapid speed – without shaking it up – to bring warmer molecules to the edge of the container, and then removing heat through the silver-grated back of the appliance.

The company, whose strapline is “just like a microwave for cooling”, has raised more than $142,000 on crowdfunding site Indiegogo to date.

Robot waiters are nothing particularly new, with the likes of Chinese tech giant Alibaba employing robots at its Hema supermarket concept’s restaurant to take customer orders and deliver meals.

But there’s a new creature on the scene, with fellow Chinese company PuduTech unveiling a food-ferrying robot cat with attitude at CES.

BellaBot is capable of delivering up to 10kg of restaurant orders to customers as its body comprises a stack of shelves for food trays.

It also has a feline face that purrs and reacts with pleasure when given a pat on the head, although mood swings aren’t uncommon if it’s distracted from its job for too long.