Could Alibaba be the world’s smartest online retailer?

Chinese e-commerce company Alibaba has a revenue of $39.9bn (£30.2bn) and is constantly growing - not just financially, but in the world of artificial intelligence (AI) too. It has just introduced a robot-run restaurant and warehouse bots to its long list of AI and machine learning innovations - what's next for the online retailer? 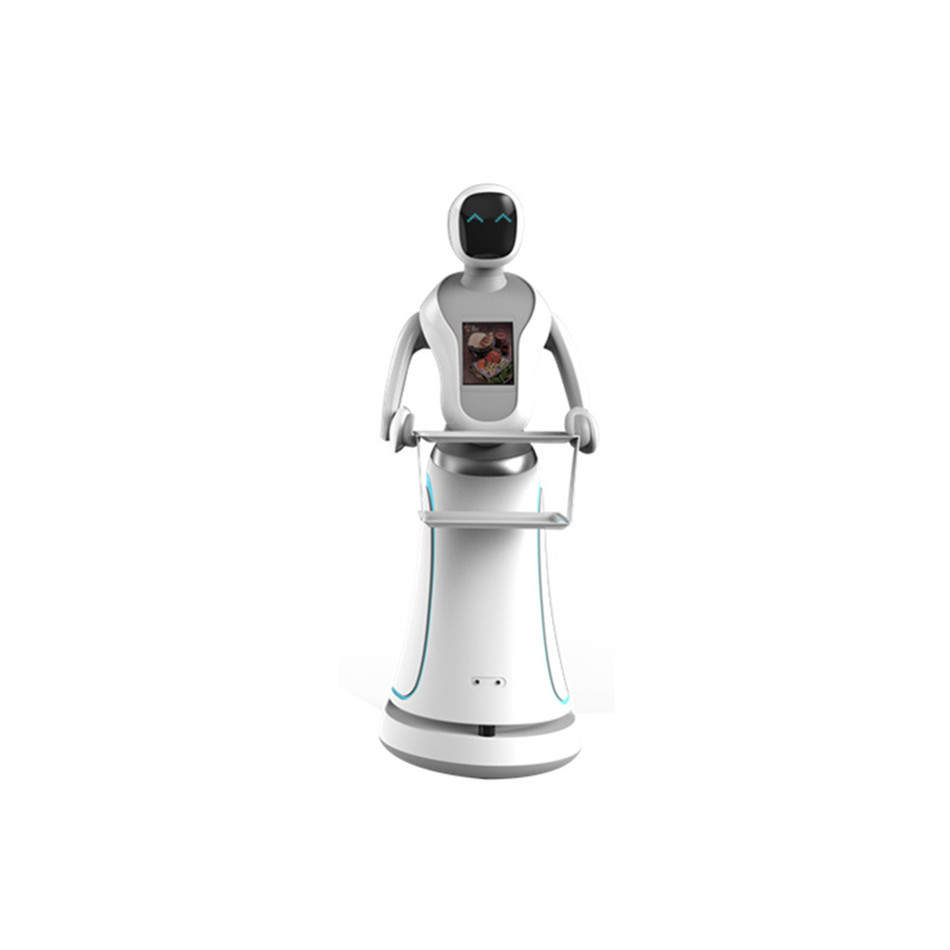 From robotic waitresses to driverless delivery bots, no one does tech quite like the Chinese – and at the forefront of the country’s innovation is Alibaba.

There are many discussions and fears surrounding artificial intelligence (AI) and what impact it will have on the number of jobs available to millions of humans as robots and automation take over.

Chinese e-commerce giant Alibaba is one of those companies slowly pushing to automate tasks throughout its operations.

It’s had quite the decade in innovating everything from shops to warehouses.

The company was founded in 1999 in Hangzhou, eastern China, by China’s richest man Jack Ma.

Over the past 19 years, it has managed to overcome obstacles to move forward and it’s now the world’s largest online retailer, surpassing Amazon and eBay.

With operations in more than 200 countries, it has the ninth highest global brand value and stocks have doubled since the beginning of 2016.

It boasts about 65 million online visitors each month, with 173 global warehouses to accommodate its orders, shipping out roughly 1.6 million packages every day.

Alibaba robots deliver food and – soon – packages to your door

Alibaba is investing heavily in AI research and will play a central role in China’s AI industry, which the government wants to build to about $150bn (£113bn) – and become a world leader – by 2030.

The company is a leader in providing cloud-based AI, such as cloud storage or cloud computing, and adding AI to its cloud offerings to sell overseas.

It is constantly transforming the traditional retail industry and has recently adopted more AI into its business.

Earlier this month, in the latest of Alibaba’s innovations, it opened a highly automated restaurant in Shanghai, China.

Dubbed the robot restaurant, it’s located in the Hema supermarket and uses a series of apps, QR code and robots to provide a futuristic dining experience.

A robot will tells customers where to sit in the restaurants, take their food order once seated and their payment.

Although meals are cooked by human chefs, once the food is ready, small pod-like robots will come out on shiny tracks to deliver it to the table.

Alibaba is using robots for other parts of the business, too.

The company recently showed off its driverless robot – called G Plus – that runs at 9mph and is being tested to eventually deliver packages to customers.

So far, it carries multiple packages of different sizes and can travel for long distances taking the parcels from door-to-door.

The packages will vary, from fresh food to loading boxes.

The G Plus will use detection system LIDAR to build a 3D map and if it detects people, it will be programmed to slow down to 6.2 mph.

Once it arrives to its destination, it can either drop off the package or the person whose receiving it can get their delivery through a PIN code.

It is currently being tested at the headquarters and will likely go into commercial production by the end of the year.

In July 2017, the company took the world by surprise when it started using robots in one of its warehouses.

The robots do about 70% of the work and can carry packages weighing up to 600kg, travelling at a speed of 5ft per second around the 32,000 sq ft warehouse.

The 100 automated guided vehicles use Wi-Fi and sensors to avoid colliding into each other.

Once they’ve run out of battery, they take themselves to a charging station – a five-minute charge can power them for four to five hours – and when fully charged, they can work for up to eight hours.

After it started using robots, the company says it’s seen an improvement among its human workers.

It has cut out work such as sorting through 1,500 products during a 7.5-hour shift.

In a statement, the Alibaba Group said: “Now, thanks to the mobile robots, the clerk could sift through 3,000 products in the same shift, while only taking a significantly fewer 2,563 steps a day.”

Alibaba’s most recent achievement in AI is the system that will make the job of copywriting in the company easier.

The company has created technology that is capable of generating 20,000 ad lines in a few seconds.

In February, Alibaba’s research team released an AI programme capable of reading text and answering question precisely than any chatbot ever built.

China and the US in a battle over AI technology

The way in which robotics and AI is being established and implemented into every day life is as important as what is being developed.

China is currently second in the rest of the world, just behind the US.

China ranks second with 23% of global AI companies – with a difference between the US and China of 486 companies.