It's the biggest technology show in the world attended by the likes of Google, Samsung and LG - but for every game-changing gadget, there's plenty of weird and wonderful tech 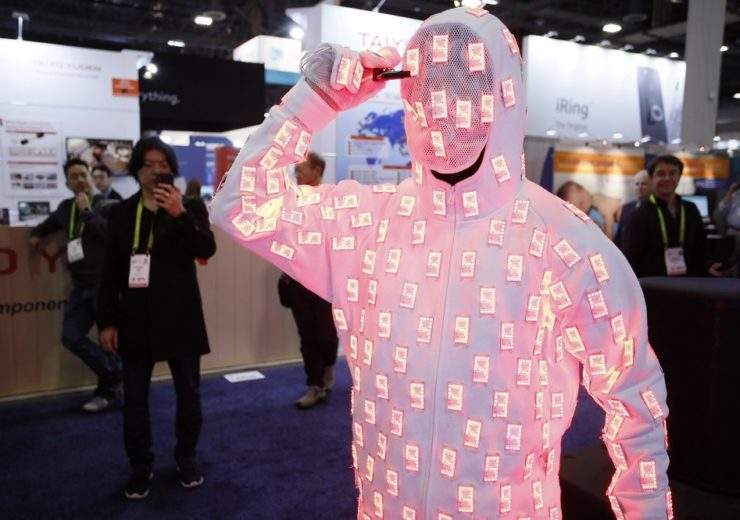 From 8K televisions to smart doorbells, CES 2019 has shown off the latest technologies that could soon be sitting in our homes – but there’s also plenty of weird gadgets too.

As many of the biggest companies descend on the Consumer Electronics Show – to give it the full title – in Las Vegas to exhibit their latest wares, some of the more “unique” gadgets displayed among the 4,500 exhibitors can sometimes get overshadowed.

From “smart” toothbrushes to techy toilets, here is a round-up of some of the weird gadgets on display at CES 2019.

It’s hard to deny the popularity of smart speakers – from Amazon’s Alexa to the Google home hub, everyone now has the opportunity to talk to their tech.

For Seville-based company Smart IoT Labs, one device is never enough, and has created what is essentially a smart speaker for your smart speaker.

Perfect for anyone who is already tired of using their voice to programme commands, the Miranda home assistant learns a user’s daily activities and predicts what actions they want their smart speaker to complete.

It’s essentially a middle-man for the smart speaker age.

On the smart speaker theme, Mui Lab has created a new way for consumers to interact with their home hubs – using a slab of wood.

Although it looks like a standard piece of two by four, it is fitted with sensors and LED lights to create a interactive userface – meaning this sleek piece of tech acts as a touch-sensitive control panel for all the smart devices in a user’s home.

The “smart wood” device lights up with messages written from a user’s smartphone, displays information such as date, time and weather, and can also be used to dim lights and listen to voicemail.

Mui Lab describes itself as a calmer alternative to shouting at smart speakers.

Its website states: “We sought natural interaction and created a more relaxed display – Mui is out of sight and mind until we touch the wood.”

With all the elegance and aesthetic appeal of an office printer, the aptly-named Foldimate claims to take all the work out of the arduous task of folding clothes.

For a mere $980 (£768), this unsightly machine can sit in the corner of your living room and be force-fed clothes before depositing them out the bottom in neatly-folded piles.

It claims to have an unlimited capacity and can fold a washing machine’s worth of clothes in five minutes.

Apparently there’s a dumb way to brush your teeth, but French company FasTeesH claims to have the answer.

The Y-Brush – which is shaped like a mouthguard – cleans all your teeth at once rather than tediously one-by-one.

FasTeesH says this can reduce brushing time from the NHS-recommended two minutes to ten seconds, saving users three minutes and 40 seconds per day.

Just think about what you could do with all that extra time.

Pigzbe’s cryptocurrency wallet for children claims to be “the future of pocket money”.

Rather than handing over a couple of pounds to get a chocolate bar and a can of pop, parents can now transfer their children money to an app.

It teaches children financial responsibility and notifies them when pocket money has gone into their bank.

However it also runs exclusively on the highly volatile Wollo cryptocurrency so be prepared to explain to your child why their weekly pocket money is worth a tenth of what it was when the crypto-bubble bursts.

And if a smart toilet isn’t enough, you can get a fully interactive bathroom suite – with Kohler also advertising an Alexa-powered mirror and a voice-activated shower too.

Watch Netflix on your cooker

Clearly designed by people who predominantly subsist off Deliveroo and microwave meals as GE Appliances has found a new way to get us watching TV in the kitchen.

The smart TV sits above the stove, replacing the extractor fan, and allows users to conduct video calls, read recipes or watch Netflix.

The only issue is that cooking tends to produce a lot of steam – meaning the latest episode of Black Mirror could look like it was filmed in a Swedish sauna.

This robot wants to be your BFF #CES2019 #AI pic.twitter.com/rHVnboyDV6

Communicating with a cylinder-shaped speaker in the corner of a room isn’t exactly a replacement for human interaction – which is why Furhat Robotics has created a robot designed for greater social engagement.

Its robot – named Furhat and looking not too dissimilar to characters in the film iRobot – is described as “a social robot that communicates with us humans as we do with each other – by speaking, listening, showing emotions and maintaining eye contact”.

Alongside being a home assistant, it also has uses in business – with an ability to serve customers, train employees or teach a language.

Companies already exploring how to integrate Furhat into their teams include KPMG, T-Mobile, Honda and Disney Research.