From ‘diversity’ issues to ‘sexism’ — would you trust an AI interview for your next job?

HireVue's AI video interview assesses facial expressions, use of language and aptitude to help large firms whittle down huge numbers of applicants — while also claiming the process is fairer than a human-based system 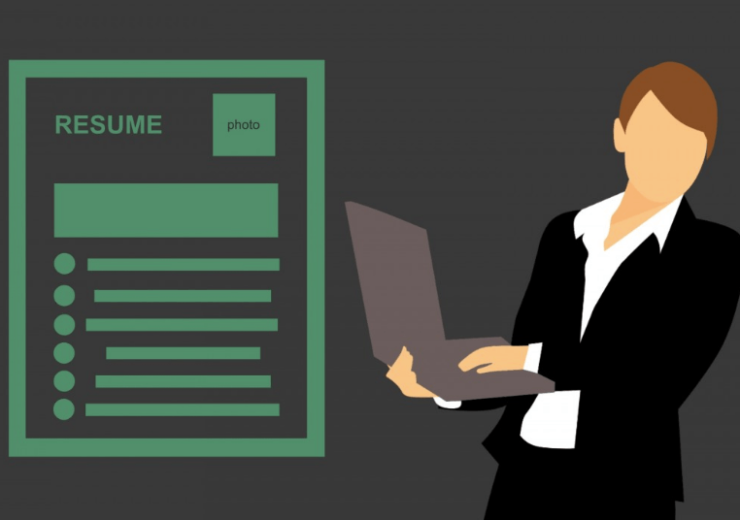 HireVue claims that more than 20,000 interviews are being taken on its platforms a day (Credit: PxHere)

As AI starts to take a more prominent role in the hiring process, Sam Forsdick spoke to HireVue executive Clemens Aichholzer about the growing role of technology in the interview process and how to avoid AI bias.

It’s easier than ever to apply for a job online — often with a single click. As a result HR departments are finding their inboxes becoming inundated with often unmanageable numbers of electronic CVs.

The promise of a piece of technology able to automatically assess each applicant and highlight the top 50% would surely be a solution many hard-pressed HR managers would welcome with unbridled enthusiasm.

Conversely, candidates might well be wary of such a tech-heavy hiring process placing too much power over their future in the hands of an AI algorithm that is likely to be biased towards wealth and privilege.

However, digital interview software firm HireVue disputes this view and claims such technology could actually make the application process fairer.

Company executive Clemens Aichholzer says: “Although it might sound counterintuitive, we want to use technology to humanise the application process.

“We want to provide a tech-enabled, scientifically-grounded solution that democratises the hiring process.”

HireVue offers companies — typically large enterprises — a video interview service, where candidates applying for a role at an organisation can send their recorded responses to questions.

The company introduced AI-driven assessments to its service in 2013, with algorithms used to analyse the responses of candidates in recorded tests and across a series of video game-style challenges.

More than 12 million video interviews have been performed on HireVue’s platform for its 800 enterprise clients.

Typically, the platform is used in the early stage of the application process for highly-competitive roles — cutting the hundreds or thousands of initial applications by 50%.

“We’re scientifically driven and use a combination of data science and machine learning,” says Aichholzer.

“There has been scientific methods for judging potential for decades, based on psychology and there are a lot of studies out there that prove you can scientifically identify and assess talent. Our algorithms are based on those ideas.”

The company’s video assessments look at a combination of 30,000 data points, including analysis of people’s facial expressions, the type of language you’re using to answer questions and audio analysis.

Aichholzer claims that everything from the raising of an eyebrow to the intonation of a person’s voice can be assessed, but what the algorithm looks for will vary depending on the type of role that’s being targeted.

“We only want to look at the data points that predict job performance and relevant skills,” Aichholzer adds.

HireVue’s AI techniques for assessing job applicants were used for the first time in the UK this year, where Vodafone, Unilever, Hilton and Urban Outfitters have all employed its tech, according to reports.

Critics of the AI interview process raised fears that relying on AI could help to perpetuate bias.

Speaking in the Conversation, International Political Economy lecturer at Oxford University Ivan Manokha claims that the technology “is not born in a perfect society”.

He argues that traits related to “symbolic capital” such as confidence, self-assurance and linguistic skills, which are normally exhibited by those from more privileged backgrounds, will be favoured.

“Algorithms leave little room for subjective appreciation, for risk-taking or for acting upon a feeling that a person should be given a chance,” he adds.

“This technology may also inadvertently exclude people from diverse backgrounds and give more chances to those who come from privileged ones.”

Manokha concerns about the use of AI were proven true when Amazon had to scrap its machine learning recruitment tool when it repeatedly overlooked CVs from women.

The “sexist” AI had been trained using data from applicants over a 10-year period, the majority of which were from men as a reflection of the male dominance in the tech industry.

The recruitment system taught itself to exclude CVs including the word “women” or those referring to schools for girls.

However, Aichholzer believes that HireVue’s tools are designed to mitigate the risk of such bias happening with its recruitment platform.

“Even large companies who have a wealth of resources can struggle with this — but it’s not their bread and butter,” he says.

“This is our core business and it’s what we think about 24/7.

“We try to pick trait and competency identifiers that apply to all people irrespective of age, gender or ethnicity.”

How HireVue is attempting to account for fairer decisions

HireVue uses its own tools for hiring and currently has a 50-50 gender split from the C-suite downwards, but Aichholzer admits the company can always do more to embrace a diverse workforce and only has one woman on its six-strong board of directors.

The company claims to make constant amendments to its algorithms in order to check for any unwanted bias.

He adds: “We scrutinise the data going in to train our models and, if any bias is identified, we eradicate it from the input data.

“We also look at the predictions the machine learning models are making to see if the algorithm is unfairly discriminating against age, gender or ethnicity — if that’s the case we go back to the start and retrain the AI.”

In February, HireVue became one of the first HR firms to set its own advisory board for ethical AI.

The board was put in place to scrutinise the company’s methods and help advise on issues such as diversity, AI bias, data privacy and data protection.

Neurodiversity is another area of diversity that the company is now exploring, and it is currently working with non-profit organisation Integrate, an autism employment advisor, to help make HireVue’s platforms more accessible for people on the autistic spectrum.

“Some of the largest firms, such as Vodafone and Unilever are really focused on cognitive diversity at the moment and it’s an important topic to address,” says Aichholzer.

“Our mission is to democratise hiring and we believe that we’re giving more applicants a fairer chance to surface to the top and get the chance for an in-person interview.

“Businesses that don’t use technology can easily become overwhelmed by the number of applications they receive and many of them will end up in a CV black-box or filtered by arbitrary criteria, such as which school they went to.

“Companies that do that run the risk of missing out on some really good talent by taking shortcuts and it’s unfair on the candidates who will feel they’ve had a bad experience when they don’t get a response.”

It may take a while for interview candidates to trust an AI algorithm to judge them fairly, but HireVue is confident that the tech represents the future.