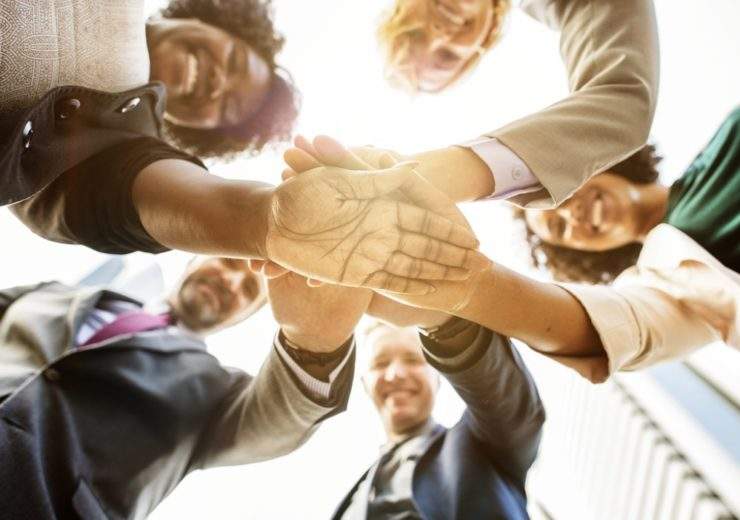 As many as 85% of college graduates in the US that are affected by autism are unemployed – for many employers, neurodiversity in the workplace is not yet part of their vocabulary.

While an exact figure does not exist, the AFAA (Advancing Futures for Adults with Autism) estimates there are 1.5 million people in the US that are on the autistic spectrum.

Neurodiversity is a concept that encourages the inclusion of people with neurological conditions, such as dyspraxia, dyslexia, Tourette’s syndrome, attention deficit hyperactivity disorder (ADHD) and Asperger’s Syndrome.

At US software start-up Ultra Testing, three-quarters of the 60 staff – who work remotely across 19 states – are on the autism spectrum.

By employing people from this untapped talent pool, founder Rajesh Anandan believes this has helped him to create a company capable of competing with the largest IT firms, including IBM.

What is Ultra Testing? Creating a company that embraces neurodiversity in the workplace

The inspiration for the company – and its progressive outlook on neurodiversity in the workplace – came from Rajesh’s wife Julie, who spent time working with children with autism to help develop their social and relationship skills.

Rajesh recalls that one day Julie came home from work and said: “We spend all this time focused on things these children may never be good at but we spend no time nurturing the skills they already have a talent for – isn’t that a shame?”

Rajesh says: “That simple thought is at the heart of Ultra, we wanted to build a business that leverages people’s strengths and doesn’t penalise them for their differences.”

While researching the potential for hidden talent among different populations, Rajesh came across scientific studies that pointed to an over-indexing on certain types of ability – such as problem-solving, creativity and pattern recognition – in people with autism.

When exploring this idea with his former university roommate Art Shectman, who is a serial entrepreneur in software and IT, he suggested they were the same characteristics he looked for in quality assurance engineers.

From there, the concept for Ultra Testing and its unique recruitment model was formed.

Rajesh says: “We founded Ultra as an IT firm with a simple mission to prove that neurodiversity in the workplace, including autism, could be a competitive advantage in business.

“We still wanted to build a business that was best in our sector and could compete and win on commercial terms, as well as serving as a key case study for the advantages of tapping into this incredible talent pool.

“We also wanted to figure out a different operating model for businesses in terms of hiring practices, as well as the communication and management of talent that is much more universal, where anyone can thrive – no matter how they’re wired.”

Software quality assurance (QA) is a competitive market and a notoriously difficult one for IT start-ups to break into.

QA involves testing for bugs, identifying flaws and improving the performance of IT applications.

Many of the biggest IT firms offer the service, including IBM, Capgemini and Wipro.

Despite the size of the competition, Ultra has been able to utilise the unique skillset of its workforce to outperform its competitors on certain metrics.

Rajesh says: “In one case we were brought in by a Fortune 100 financial services firm that had been using IBM as an incumbent to do a specialised type of testing.

“It wasn’t happy with the results so it thought it would give an outside firm a shot and we were recommended.

“Ultra did an entire cycle of work that IBM had done, and in doing so unearthed 56% more defects or quality issues, which is a dramatic improvement.

“As a result, we replaced IBM as specialised testers at that firm and we’ve now completed 14 contracts with them.”

The performance of the company has translated into financial success, with revenue growing at more than 50% year-on-year.

“We’ve been able to unseat large global IT firms to win business from clients,” adds Rajesh.

Neurodiversity in the workplace recruitment process

The start-up has a policy of recruiting directly from the community of people with autism.

Instead of posting job openings in a traditional sense, Ultra has built a network of social media groups and forums to advertise exclusively to people on the spectrum.

Rajesh says Ultra’s head of recruitment is on the spectrum herself and has been leading community outreach efforts to identify the right kind of talent to bring into the company.

The main differential in the hiring process at Ultra is the fact the company does away with the traditional CV, cover letter and interview process that the majority of companies use.

“The reality is that the hyper-subjective interview assessment is a very poor predictor of on-the-job performance for anyone,” says Rajesh.

“It’s the same with years of work experience, degrees and certifications so we don’t look at résumés or do interviews.”

Instead, Ultra Testing has a unique eight-step recruitment process that assesses a candidates ability in a more objective manor.

This includes a series of tests, such as pattern recognition, which tests for a total of 28 different cognitive and behavioural attributes.

The last step of the process is a week of simulated work, which is paid and completed from home as Ultra is a remote company, without a central office.

Rajesh explains: “During that week you get a chance to see how well someone can learn a new tool, which shows us learning agility and coach-ability to see how they respond to feedback.

“As a result, we have over 90% success rate of accurately identifying candidates for data or software QA, who have never done a similar job before, but within a year can be staff on a team that is outperforming IBM.”

Ultra Testing doesn’t consider itself to be “accommodating” people on the spectrum – instead, it’s “redesigning the workplace so it works for everyone”.

This involves designing the company processes and policies with the assumption that the entire team has a wide range of learning and communication styles or stress triggers.

Rajesh says: “We all have different strengths and needs so we try and build a system that allows anyone to do well – rather than designing a system around some narrow theoretical median of how people process information.

“For example, being a remote team, it can be difficult to get to know one another and there may be colleagues on our team who are less likely to proactively reach out.

“On any team, the better you know someone and understand how they work and how to work with them, the more productive you’re going to be.”

One of the latest changes to the way the company operates came from a suggestion from an employee who found it difficult working within a remotely based team.

They suggested staff should have their own user manual or quick-start guide to inform others how best to work with them and remove some of the social anxiety that can be a problem for people on the autistic spectrum.

Rajesh says: “We thought this was a great idea so today, everyone – at all levels in the company – has a biodex which is essentially a self-authored guide on how to work with them.

“It includes things such as how best to receive critical feedback and average response time on Slack – because I might have a colleague who reaches out with a question and if they don’t know how long to wait for a response it could create unnecessary stress or anxiety.

“It creates a very different and open way of working together where you don’t have to read between lines about how to work with each other.

“Again this is not just for colleagues on the spectrum, this is for everyone because we think these tools make things much more productive for us all.”

At a time when finding the best talent is one of the most difficult challenges for businesses, Rajesh believes every employer would benefit from thinking more broadly about where they might find it.

He adds: “Traditional norms of the workplace, such as hiring based on an interview or requiring certain types of social profiles, are from a different century and it’s time to redesign the workplace to be more modern, inclusive and universal so anyone can succeed no matter how we’re wired.

“It also opens up a massive talent pool that can drive and improve performance on any team.”