Margaret Dawson - a mother, mentor and woman in tech - has faced many challenges during her time working in the technology industry. She recently sat down with Dorothy Musariri to talk diversity, mentoring and what it was like coming from a non-traditional background to become an example to aspiring women in tech 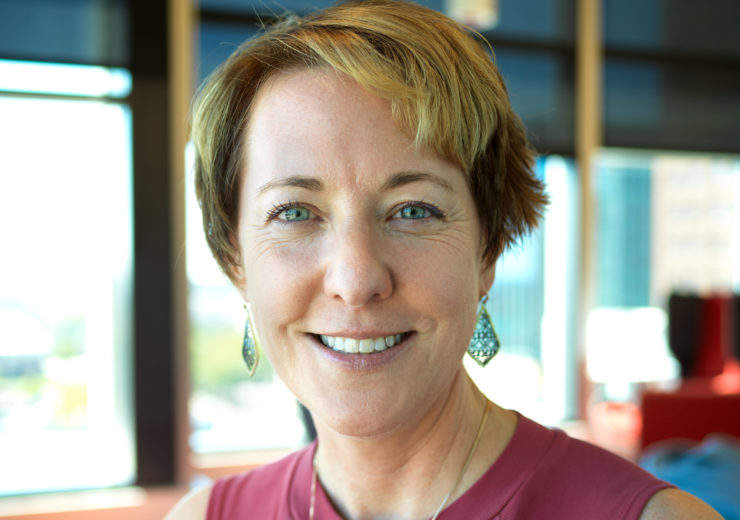 These weren’t another set of huge profit increases for the world’s big four tech firms but their gender pay gap results – figures they were forced to publish by the UK government that displayed the disparity in male-female earnings.

For Margaret Dawson, nothing seems to change when it comes to women in tech.

In fact, it’s very much still a “boys’ club”, says Margaret, who has spent years working in senior roles at the likes of Amazon, Microsoft and HP.

The 54-year-old says: “The technology industry is still a boys’ club.

“The biggest issue is every person in recruitment will look to find employees that look and sound like them.

“I was in the automotive industry, which is very much a male-dominated industry.

“I’ve always been in this environment of being more assertive and more competitive, so some of the cultural aspects that women will tell me, I haven’t faced.

“The one thing that I’ve found when I’m coaching women in tech is that we often need to be validated and be told: ‘it’s okay, you can do that’.

“The reality is, to be successful in tech or any industry, you’ve just got to know you can do it – you can go forward.”

Margaret, an American who is now vice-president of portfolio product marketing at North Carolina tech firm Red Hat, is passionate about making positive changes in the industry.

Before entering the technical world of IT, the 20-year tech industry veteran thought she didn’t have the right skills or educational background to break into such a heavily male-dominated field.

While diversity is an important issue to Margaret, another challenge she wanted to tackle is the idea that everyone wanting to enter the industry must have graduated from a top university or have a degree in a STEM subject.

Margaret remembers a time when she was in her early 30s and made the realisation she wanted to get into technology and didn’t let her unconventional path hold her back.

After attaining a bachelor’s degree in communications from the University of Puget Sound in Washington State, she started a career in journalism.

She moved around in the creative industry, before finding her one true passion.

Margaret says: “I’ve been in technology for over 20 years, but I actually came from a little bit of a non-traditional technology background.

“I worked as a foreign correspondent for Business Week magazine in Greater China for 10 years.

“I was a journalist for many years when I was in that region.

“I started interviewing a lot of technology CEOs and companies, and there was a moment I’ll never forget.

“I was interviewing Taiwan Semiconductor [manufacturer of discrete semiconductor devices] – I remember looking across the table at the CEO and thinking, ‘I want to be there’.

“There was just something about that industry and the business.”

But says she had to break the traditional aspects because she didn’t have that technology background.

Margaret put in the hours and dedicated her time to learning the mechanics of the industry, which she says was easy to understand.

She adds: “What I learned is that I had not just a passion for technology, but I had the talent and I understood the technology quite quickly – even complex things that most people take some time to understand.

“That was something about it that I embraced and understood quickly.”

The first technology position she had was for a tech vendor in Taiwan as a marketing consultant.

She then moved back to the US and began working for Amazon, where she stayed for two years.

Her first official business-to-business technology role was in network security for a start-up called Aventail, which was later purchased by computer giant Dell.

Margaret gives Microsoft CEO Satya Nadella praise and credit for the company’s “rebirth” and its “new embraced way of thinking.”

She says: “Microsoft has evolved its culture in a way it thinks about people and diversity in the company.”

That wasn’t always the case, as Margaret recalls an awkward moment at a meeting in which the firm was looking to recruit new employees.

She says: “I remember our boss asking ‘who here would not have been hired if we took away these requirements: must be from a top university, MBA graduates and those with a tech background from one of the major companies?’

“I raised my hand and he said ‘no, no you worked at Amazon’.

“But I said ‘I don’t have an MBA and if you’re saying these were the qualifications required, then I would not have been hired’.”

That was the time Margaret believed she had to champion some diversity in a workplace.

She was in a world where a lot of the people working alongside her were used to existing in spaces and worlds in which their peers were from the same crop of people – from social class and ethnicity to education and career experience.

Despite her efforts, Margaret still only represented a small minority as few women applied for jobs in the technology and engineering industries.

She says: “When I got into technology, I felt a bit of responsibility.

“I thought to myself ‘how do I provide a model, a way and a path for other young girls and women?’

“I look at what there is in technology where we can be successful regardless.

“So often we think that if you didn’t start coding when you were eight years old, there’s no way you can be successful.”

Research suggests girls are less likely to study STEM (science, technology, engineering and maths) subjects at school, according to report by intergovernmental organisation Organisation for Economic Co-operation and Development (OECD).

An estimated 64% of girls over 83% of boys were taking on these subjects through to university and careers, according to accounting firm PwC.

About 40% of US women in tech, engineering and science jobs reported a lack of role models.

The same report found that this was due to parental influence.

Parents are more likely to expect their sons to work in STEM careers over their daughters.

Margaret says: “The one thing that’s kept me going in my career is that we can make a difference.

“We have to stop the way we talk to young people.

“We have to make everyone feel like they’re capable of doing whatever they want and that’s a cultural and society change.

“I’m really passionate about girls and going into careers that they want to do.”

In her day job, Margaret has a senior role at Red Hat, a clouding computing, big data and open source specialist.

But her working life and mentoring extends far beyond her company.

In 2016, she won the mentor and coach of the year award at the Stevie Awards – one of the world’s biggest business award schemes – for the work she does with working mothers.

Her advice has led to positive changes for women in tech by helping them get into management positions and encouraging them to be pursue their dreams.

“Mentoring forces you ideally to really see that unique strength, which everyone brings and to start to look at different perspectives.

“Your job as a mentor is to help people get through roadblocks, but do it the way they would do it and not the way you would do it.

“That’s helped me with my children – finding out what their special thing is and encouraging them to pursue that, and not expect them to be like me or my husband.”

Women in tech can suffer from self-esteem issues

Margaret was not always as confident and struggled with self-esteem issues when growing up.

Regardless of wanting to reach the top – until recently, she didn’t believe she could achieve it all.

She adds: “If I could go back to 16, the one thing I didn’t have at that age was self-esteem.

“I was constantly looking for validation within myself.

“Girls in general are given both intentional and non-intentional feedback and somehow moves them in paths that aren’t maths, engineering and computer science.

“There’s a huge amount of work to do in primary education especially around that puberty age to show, whether you’re a girl or a boy, anything is possible and you are capable of doing it.

“Showing that there isn’t one path to technology and to success and that’s more important and I think people get stuck in their heads that if I haven’t done this or that.

“The more we mentor and coach, the more we show there’s opportunities.”