Is Russia’s floating nuclear power plant set to be a ‘Chernobyl on ice’? 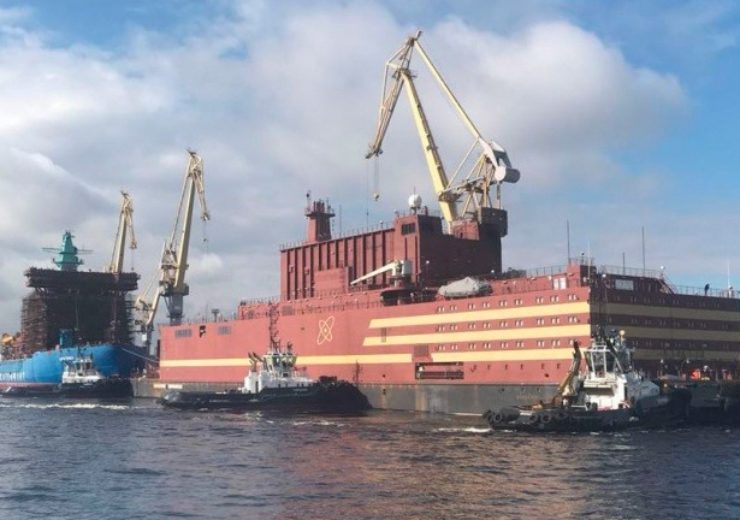 From a bold step forward in the development of global energy to a reckless exercise in profligacy, Russia’s floating nuclear power plant has caused no small amount of polarisation since being given the final go ahead by the Kremlin earlier this year.

Due for departure on a 4,000-mile journey from Murmansk in European Russia to a small port in Pevek on the country’s northeastern coastline, the Akademik Lomonosov project has been met with considerable opposition, most notably from Greenpeace which has labelled it a “floating Chernobyl”.

Despite this, the Russian government has thus far been adamant in seeing its plan through to fruition, claiming that, once complete, the facility will provide the remote Chukotka region with enough power to enable the unabated harvesting of its various natural resources.

Lomonosov, named after the 17th century Russian scientist Mikhail Lomonosov, has been perpetually hampered by regulatory setbacks and delays, taking more than a decade to build.

The facility features two KLT-40S nuclear reactors that use low-enriched uranium and each comprise a capacity of 35MW, reportedly enough to power 100,000 homes.

State energy firm Rosatom, Lomonosov’s developer and operator, claims the floating nuclear power plant is “virtually unsinkable” in response to concerns about its seaworthiness — referencing its ability to absorb a battering from waves of up to seven metres.

By August 2009, both its reactors had been delivered in time for the official launch the year after, but the facility did not leave the warehouse in St Petersburg for Murmansk until April 2018, and is expected to sail for Pevek later this month.

A potential disaster in waiting?

Greenpeace has been one of the most vocal opponents to Lomonosov and on the 27th April 2017, the 31st anniversary of the Chernobyl disaster, the campaign group’s Russian wing publicly protested against the project.

Rashid Alimov, one of its energy campaigners, said: “Greenpeace activists had no choice but to hold a peaceful protest action in order to draw attention to the danger that the planned activation of the floating nuclear power plant reactors poses for the city.

“The authorities ignore the danger and put five million city residents under risk.”

“Rosatom [the Russian state energy firm in charge of Lomonosov] says Greenpeace is seeding radiophobia among people, but we just say that the risk of an accident is absolutely not justified — and the price to pay for an error is too high.”

The activists claim Russia’s floating nuclear power plant also poses grave environmental threats to the Arctic not least because it will enable the mass extraction of Chukotka’s natural resources.

Rosatom has been open about its plans to use floating nuclear power facilities to power its exploration of the region and other parts of the Arctic that have recently become accessible because of melting ice sheets.

In response to claims about Lomonosov’s potential for disaster, the company also assured its critics that the power plant meets all safety requirements outlined by the International Atomic Energy Agency.

Vladimir Irminku, one of the project’s chief engineers, said: “This and a ‘Chernobyl on ice’ is just night and day — we’re talking about totally different systems.

“There should always be scepticism, but they’re going overboard, if they say there is a possibility of an accident with the reactor then they have to present evidence.”

The Kremlin has stated multiple reasons why Lomonosov is going to be of benefit, most of which revolve around its potential to act as a launchpad for a new method of remote energy generation.

It has been positioned by Rosatom as a key milestone in developing techniques for exploiting natural resources in “hard to reach” areas such as the Arctic.

This is particularly critical for Russia, as the part of the region that falls within its exclusive economic zone represents an estimated two-thirds of the country’s oil and gas reserves, as well as 20% of its GDP.

The project is also one of the pioneers in the emerging age of small and medium-sized nuclear reactors, which the World Nuclear Association has described as hugely promising and the US, China and the UK have all publicly declared support for.