Focus on the economic fallout from the pandemic, and how the OECD is tackling the issue of tax avoidance 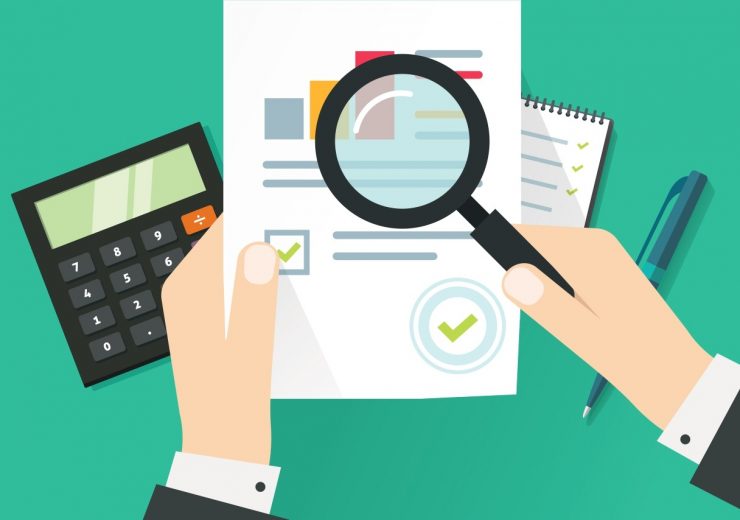 The pandemic and subsequent economic fallout has left governments with a significant shortfall. Many have called on individuals and large companies like Facebook and Amazon to pay a higher proportion of tax, and for governments to crack down on tax avoidance. CEO magazine writer Jim Harris hears from Pascal Saint-Amans, director of the OECD’s Centre for Tax Policy and Administration, to find out how the OECD is tackling the issue of tax avoidance.

A recent report on the tax treatment of philanthropic entities and charitable donations in 40 countries worldwide analysed the state of donations from individuals and businesses.

The report pointed out the significant impact of philanthropy – the non-profit sector represents as much as 5% of GDP in many countries – as well as the wide range of potential tax policy options countries can consider to improve the effectiveness of tax concessions for philanthropy.

Produced in collaboration with the University of Geneva’s Centre for Philanthropy, ‘Taxation and Philanthropy’ is the most exhaustive review of the philanthropic sector undertaken to date.

It details the various types of favourable tax treatments countries provide to encourage philanthropy, both to donors as well as the philanthropic entities themselves, and assesses how tax incentives are and can be used to increase philanthropic activity in areas prioritised by governments to raise overall social welfare.

The study highlights broad backing among countries for the provision of tax support for philanthropy, while drawing attention to emerging concerns in some countries with current practices that could give a small number of wealthy donors’ disproportionate influence over how public resources are allocated.

This concern is highlighted by the rise in the number of large private philanthropic foundations established by ultra-high-net worth individuals who are able to channel substantial resources into the priorities of their choice, while significantly minimising their tax liabilities.

While the risk of abuse should be addressed, this concern should not overshadow the overwhelmingly positive spill-overs of philanthropy in general.

“Philanthropy plays an important role in most countries, providing private support to a range of activities for the public good and this is especially evident in the current context of the Covid-19 crisis,” said Pascal Saint-Amans, director of the OECD Centre for Tax Policy and Administration, following the publication of the report.

“Looking ahead, governments need to strike the right balance between safeguarding tax systems while continuing to provide support to the sector.”

Saint-Amans is known for his work on the OECD’s base erosion and profit-sharing initiative, and is working on cleaning up tax avoidance.

He recently clarified concerns over tax avoidance with an example: “I am a French resident […] and I want to buy a citizenship from St Kitts and Nevis, which is quite popular. So, I will buy it, but I may not be required to be present often in St Kitts and Nevis and I will not be taxed on my financial assets because there is no tax.

“As a result, there is the risk that when I go to Geneva to open a bank account that I present my St Kitts citizenship and residence, and in that case, the information will be collected by the Swiss Government [and] sent to St Kitts.

The risk, he said, is “that the information is sent to the wrong country – meaning the country where the person isn’t actually taxable.”

Saint Amans’ department has a commitment to “vigorously address” problems with tax information exchange and transparency through the OECD.

Combined with additional impetus from the G8 and the growth of a wider global tax justice movement, this eventually resulted in an OECD initiative to reshape international tax rules and encourage consistency about how tax rules are applied, called the Base Erosion and Profit Shifting project, better known by its acronym, BEPS.

According to the OECD definition, BEPS refers to tax avoidance strategies that exploit gaps and mismatches in tax rules. These discrepancies – which have become increasingly apparent in the era of globalisation – allow corporations to artificially shift their profits from countries with high-tax burdens to low or no-tax locations.

The OECD has claimed that between $100bn and $240bn of global corporate income tax is lost every year through these schemes, and during the pandemic, gaps in this funding will be particularly costly to governments looking to navigate the road to recovery.

“International taxpayers and companies were able to avoid tax,” says Saint-Amans. “It was almost a business model for some of them.

“When I was working 20 years ago, there were just a few international meetings that held little importance,” Saint-Amans says. “Countries would not exchange information or talk to each-other.

“What has changed since the G20 was escalated to the level of leaders ten years ago is that countries now come together under real, common rules. The international dimension is much more important. We have many groups, people know each-other and you have all the instruments to exchange information.”

Since 2015, more than 100 G20 and non-G20 jurisdictions have signed up to the OECD’s ‘inclusive framework’, which commits countries to working together towards what the organisation describes as a “timely implementation” of the BEPS minimum standards.

There are 70 territories that have also ratified a new ‘multilateral instrument’, which is designed to modify existing bilateral tax treaties to embrace measures developed by the BEPS project. These include hybrid mismatch arrangements, treaty abuse and new guidelines for permanent establishments.

The adoption of country-by-country reporting (CbC) – which requires multinationals to report each year from each tax jurisdiction they are operating in – is widely considered one of BEPS best achievements.

“The environment has quickly changed,” Saint-Amans says. “The multilateral instrument will enter into force in July and will stop treaty shopping, which was a massive leakage of revenue because of the abuse of tax treaties.

“We now have multinational companies reporting country-by-country operations to tax administrations. That means tax rulings, which used to be secretive, are now being shared between countries and exchanged automatically. That has had a massive impact.

“With digitalisation, there is a debate about how we should adapt the rules to be able to capture more tax in the countries where the market is located,” adds Saint-Amans. “Some say it should be in the country where the data is collected, others in the market itself.”

A recent OECD interim report on the subject provided a much-needed in-depth analysis of the complexity of digital business models and the tax implications that arise. But a global agreement on how to address these challenges remains hard to establish, says Saint-Amans.

“There is consensus to say we must find a solution, but no consensus yet on the solution to be had,” he says. “We must quickly find one.

“To find a long-term solution, you need to change tax treaties,” Saint-Amans says. “You need to adopt transfer pricing rules and that’s going to take time.”

Criticism of the impact the BEPS project might have on low-income and developing countries – which lose around $100bn per year because of tax abuses by multinational companies – have also been raised by various organisations.

Many have called for a digital tax as consumers look to large e-commerce and social media sites.

“Beyond aggressive tax planning, countries think that they are not able to tax value created on their territories because of the lack of physical presence,” Saint-Amans says.

“The difficulty here is that the profits may be taxed elsewhere already – especially after the US tax reform, which provides for a minimum tax of 13% on offshore income of American companies.”

While a ‘digital tax’ has a roll-off-the-tongue appeal to it, Saint-Amans says it would be wrong to call it that as most of the global economy is moving into digital.

“There is no such thing as a ‘digital tax’. What is needed is a global tax system, which will allow governments to tax all companies on the value they create in their territory, which should also include digital activities,” he says.

Meanwhile, some argue that BEPS fails to take into consideration a critical tension between developed and developing countries – the distinction between source taxation (money taxed where it is earned) and resident taxation (money taxed where the company is based). Developing countries rely largely on the former, but as things stand, the international tax landscape is skewed towards the latter.

“There needs to be a sense of compromise,” Saint-Amans concedes. “[Countries] do not have the same interests. They can work together only if they have common rules and that is the big challenge – how do you bridge the gaps between the different perspectives, the different interests of these countries. It is hard work when the interests diverge.”

When it comes to the actual amount of tax large corporations are paying, little seems to have changed either. Before the coronavirus crisis, an analysis by the Financial Times found that multinationals are paying a ‘significantly’ lower amount of tax than they did before the 2008 financial crash, with corporate tax rates cut by an average of 5% over the past decade, according to the accountancy company KPMG.

Over ten years on from the historic G20 Washington Summit, Saint-Amans is satisfied, however, that good progress is still being made. More and more countries are signing up to the multinational instrument, he says, with BEPS project recommendations being implemented worldwide.

“The time where aggressive tax avoidance was accepted and encouraged by government has come to an end,” he concludes.