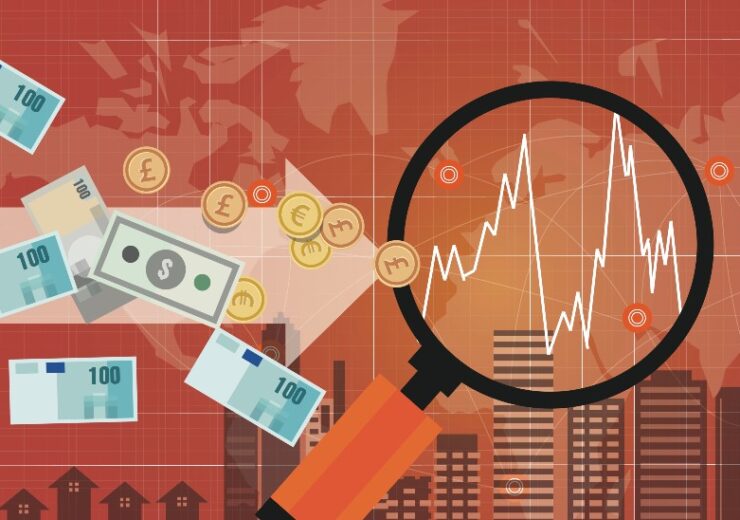 In light of the Covid-19 pandemic, global FDI was predicted to decline by 40% in 2020, according to UNCTAD's World Investment Report 2020. (Credit: Bakhtiar Zein/Shutterstock.com)

Global foreign direct investment (FDI) flows were forecast to decline by up to 40% in 2020, from a 2019 value of $1.54tn, according to the UN Conference on Trade and Development’s World Investment Report 2020. Finance Director Europe writer Jack Moore delves into the latest research from the UN and what this means for transitioning and emerging economies.

The pandemic has been a supply, demand and policy shock for global FDI flows. Lockdown measures have slowed the progress of existing investment projects, and the prospect of a deep recession is likely to lead multinational enterprises (MNEs) to reassess any new projects.

At the same time, policy measures taken by governments during the crisis have included new restrictions on investment.

Investment flows are expected to slowly recover starting in 2022, led by global value chains (GVCs) restructuring for resilience, the replenishment of capital stock and a recovery of the global economy.

MNE profit alerts are an early warning sign. The top 5,000 MNEs worldwide, which account for the majority of global FDI, have seen expected earnings for 2020 revised down by 40% on average, with some industries plunging into losses. Lower profits will hurt reinvested earnings, which on average account for more than 50% of FDI.

Early indicators confirm the immediacy of the impact. Both new greenfield investment project announcements and cross-border mergers and acquisitions (M&As) dropped by more than 50% in the first months of 2020, compared with the previous year.

In global project finance, an important source of investment in infrastructure projects, new deals fell by more than 40%.

“The impact, although severe everywhere, varies by region. Developing economies are expected to see the biggest fall in FDI because they rely more on investment in GVC-intensive and extractive industries, which have been severely hit, and because they are not able to put in place the same economic support measures as developed economies,” said James Zhan, director of investment and enterprise at the UN Conference on Trade and Development (UNCTAD), in a press release in June.

Global FDI flows rose modestly in 2019, following sizable declines in 2017 and 2018. At $1.54tn, inflows were up 3% on the previous year. The rise in FDI was mainly the result of higher flows to developed economies, as the impact of the 2017 tax reforms in the US waned.

FDI flows to the transitioning economies of south-east Europe, the Commonwealth of Independent States (CIS) and Georgia – hit hard by the economic downturn caused by Covid-19 – are projected to decline by around 38% in 2020.

These flows will not recover before 2022, according to UNCTAD’s World Investment Report 2020. “The pandemic has provoked a recession in economies in transition, which affects market-seeking FDI directly,” Zhan said.

Prospects for natural resource-based projects are being revised downwards as the demand for commodities weakens and the price of oil – one of the main exports from various economies in transition (such as Azerbaijan, Kazakhstan, Russia and Uzbekistan) – remains depressed, despite efforts to resolve the price tensions between major oil producers.

Export-oriented projects located in special economic zones and producing for global value chains in south-east Europe and Moldova have also been strongly affected. The situation could prove particularly difficult for the automotive value chain, in which some foreign affiliates have had to scale down or suspend their operations.

Inbound FDI to economies in transition increased sharply in 2019 (by 59% to $55bn), due to higher inflows in some large recipients, especially Russia, Ukraine and Uzbekistan. Flows to the rest of the region declined slightly (down 3% to $19bn).

FDI to the CIS and Georgia together rose by 76% to $48bn. In south-east Europe, inflows remained practically unchanged at $7.2bn (a decline of 3%).

In Russia FDI inflows increased by 140% to $32bn, after two consecutive years of decline. This value was still about 40% lower than the level recorded in 2013, indicating a temporary reversal of the downward trend seen in previous years.

FDI flows to Kazakhstan – the third-largest recipient of FDI among these economies – declined again in 2019, dropping 17% to $3.1bn. The largest project started in the country was a carbide plant constructed by a Chinese chemical producer. The US, China and Russia were the largest source countries.

In Ukraine FDI flows rose by 30% to $3.1bn, after two years of decline. Finance, ICT, mining, real estate, and electricity and gas attracted the bulk of foreign investment. A significant share of FDI, estimated at about one-third of the value in 2019, was reported to be from the round tripping of Ukrainian capital through offshore centres.

Uzbekistan experienced a significant increase in inflows in 2019 (up 266% to $2.3bn). This can be attributed in part to ongoing projects in oil and gas being carried out by Russian energy giant Lukoil.

In addition, there have been a number of major projects launched in chemical production, with Chinese, Russian, Singaporean, UK and US partners. In the textiles and garments industry, meanwhile, new projects with Chinese, German, Indian, South Korean, Thai and Turkish companies are under way.

After a decline of 37% in 2019 (to $24bn), outward FDI from economies in transition was expected to continue this downward trend in 2020 and into 2021, as economic recessions in home economies and low oil prices affect the capacities of regional MNEs to invest abroad.

In 2020 the earnings forecasts of Russian MNEs – which accounted for more than 90% of the FDI outflows of economies in transition in the past decade – have undergone various downward reviews. This has limited the capacity of Russian MNEs to reinvest their earnings, which accounted for almost two-thirds of their outward FDI in 2019 and more than one-third in the previous three years.

Some Russian industries were hit especially hard. For 2020, the oil and gas sector, which represented a large part of FDI in the previous decade, was forecasted to lose $9.8bn in earnings, due to low prices and a production cut of 2.5 million barrels per day under the terms of the country’s deal with other producers.

Earnings were already down in the first quarter of the year in most industries, and worse is expected to come. It was at the beginning of the second quarter that the government decreed a six-week nationwide ‘non-working period’, shutting down an estimated 30% of the Russian economy. That measure further accelerated the decline in corporate earnings.

Russian MNEs have been – and will remain – cautious about foreign expansion, especially in developed economies, where they face increasing restrictions in access to international finance and technology, as well as acquisitions of firms.

Withdrawal from traditional target countries was partly compensated for by investment in new markets. For example, Russian MNEs have initiated various projects in Africa, some of them backed by a Russian government initiative aimed at strengthening economic links with the continent. Notably, the first Russia-Africa Summit and Economic Forum was held in 2019.

However, the trend of declining FDI to Africa is set to exacerbate significantly in 2020 amid the dual shock of the pandemic and falling commodity prices. According to UNCTAD, FDI flows to the continent are forecast to contract by between 25% and 40% based on GDP growth projections and a range of investment specific factors.

“Although all industries are set to be affected, several service industries – including aviation, hospitality, tourism and leisure – have been hit hard, a trend likely to persist for some time in the future,” Zhan says.

Manufacturing industries intensive in global value chains have also been strongly affected, a sign of concern for efforts to promote economic diversification and industrialisation in Africa.

Overall, there was been a strong downward trend in the first quarter of 2020 for announced greenfield investment projects, although the value of projects (which declined by 58%) has dropped more severely than their number (down 23%).

Similarly, as of April 2020, the number of cross-border M&A projects targeting Africa had fallen 72% from the monthly average in 2019.

The Covid-19 crisis has arrived at a time when FDI to Africa was already in decline, with the continent having experienced a 10% drop in inflows in 2019 to $45bn.

The negative effects of tepid global and regional GDP growth, and dampened demand for commodities, inhibited flows to countries with diversified and natural resource-oriented investment profiles alike, with all regions experiencing a decline in FDI flows:

However, two distinct factors offer hope for the recovery of investment flows to Africa in the medium to long term. The first is the higher value being assigned to ties to the continent by major global economies – promoting investment in infrastructure, resources and, importantly, industrial development.

Investments from these countries, which have varying degrees of political backing, despite being affected by the joint impact of Covid-19 and low commodity prices to some degree, could be somewhat more resilient.

The second factor is deepening regional integration due to the commencement of trade under the African Continental Free Trade Area (AfCFTA) after years of deliberation and the finalisation of its investment protocol, which commenced on 1 January 2021.

In the short term, curtailing the extent of the investment downturn, and limiting the economic and human costs of the pandemic, is of paramount importance.

Looking to the longer term, diversifying investment flows and harnessing them for structural transformation remains a key aim. Both of these objectives will require a prudent, coordinated and timely response from all African countries.