Giving a mother digital skills helps to train a whole family, according to #techmums - an organisation that has helped people solve tech issues from the simple, such as reuniting with friends on Facebook, to helping a businesswoman reach hundreds more customers 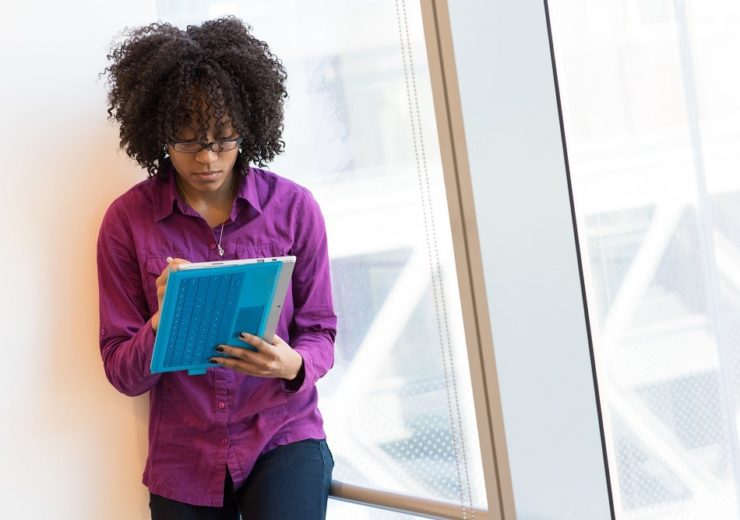 Many people take digital skills for granted but for some mothers that enroll on #techmums courses, even turning on an iPad can prove difficult.

According to a House of Commons science and technology committee report, 12.6 million people across the UK lack basic digital skills and an estimated 5.8 million people have never used the internet at all.

Lauren Allison, CEO of #techmums – a not-for-profit organisation that helps to upskill mothers through digital literacy programmes – claims that mothers are “key to tackling the digital skills gap”.

She adds: “Mums are the force multipliers in society – when you ignite passion in a mother, you also have a knock-on positive affect in the lives of her children, her family and wider society.”

To date, the organisation has reached 300,000 mums via outreach programmes, tech courses and #techmums TV, with the ultimate ambition of reaching one million mums by 2020.

Proving technology has the power to change lives

Sue Black, professor of computer science at Durham University and founder of #techmums, understands the potential for digital skills to change women’s lives.

Sue says: “At the age of 24, I ran away from a domestic violence situation and lived in a refuge for six months.

“I eventually got a flat on a council estate in Brixton, and had to work out what I was going to do with my life and how I was going to look after my kids.

“I never expected to be in that situation.”

Sue made the decision to study maths at a local college before progressing to a computer science degree and, later, a PhD.

“I really found that technology and education dramatically changed my life chances and helped take me and my children out of poverty,” she says.

“If you learn to do something which you thought you’d never be able to do, it’s going to make you feel more confident.

“Particularly if they’re skills that you can teach others and use in the workplace – it can make you feel more empowered.”

How #techmums is helping to inspire other parents

Following her own experiences with technology, Sue wanted to bring the same sense of empowerment to others.

The first coding workshop Sue ran was in the east London borough of Tower Hamlets, which was aimed at children and parents.

“When we asked the parents to have a go, the dads were more than happy to step in but the mums were a lot more hesitant,” Sue says.

“That made me ask why we don’t teach tech skills to mums because then we’d get across to not only the mums – but their children too.”

Following the first coding sessions, #techmums was formed in 2011 and since then has helped women get their first experience of working with tech, and even helped some secure careers in the sector.

Gifty Assana, one of the graduates from the #techmums course, explained how it had changed her life.

She says: “After having children, I’d lost touch with what was happening with tech. I remember someone mentioned coding and I had no idea what it was.

“After going to #techmums and having a go at coding, I realised that it wasn’t something too alien and wasn’t as complicated as it sounded.

“Following that, I’ve started taking my children to coding club and when they come home to practise, I can help.

Gifty claims the course made her realise she could make a career in tech and has been given an opportunity to continue learning digital skills, with the hope it will lead to a job in technology.

Lack of confidence in digital skills clear in #techmums courses

But not all the mums who join the course are as confident in using tech.

Within Gifty’s cohort, there were individuals who had never used Facebook or turned on a mobile tablet.

One of the mothers on the #techmums pilot class came to the course without the confidence to even use a computer.

Sue explains: “When Ahmina started with us, she was scared of using the keyboard and was worried that touching the keys at the top would make something terrible happen.

“The second week was an app design workshop and I asked Ahmina how she was finding #techmums.

“To my surprise, she said it had changed her life. It was amazing but I wasn’t sure how that had happened so quickly.”

Ahmina, who runs a school uniform shop in Watney Market in the east end of London, used to send her son to deliver the uniform samples to customers door-to-door.

She told Sue: “Last week, you taught us how to use attachments on email and I thought, ‘I can take photos of the uniform and email it across to customers’.”

Sue adds: “Even though I put the programme together, I had no idea something like that could happen and it shows you that some of the little things that we take for granted can make a big difference.

“She now has ten-times the amount of customers and is taking on staff because her business is doing so well.”