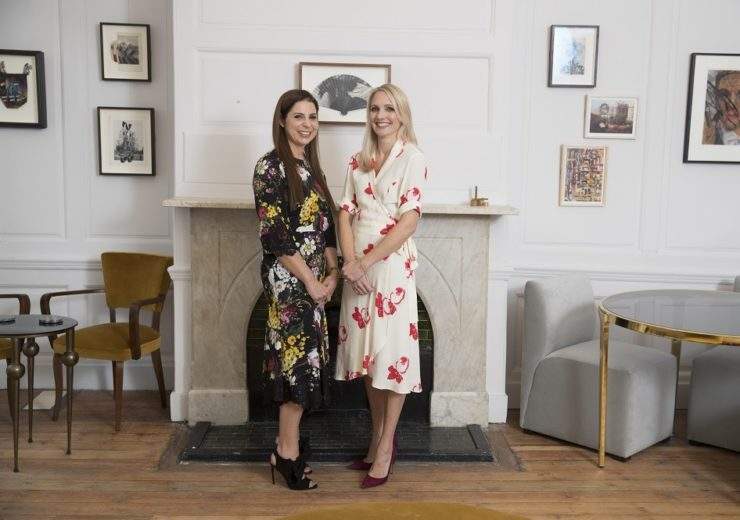 As the UK’s only private members’ club exclusively for women, The AllBright has already made an impact – and now a mentoring scheme will take the project one step further.

Co-founded by British entrepreneur Debbie Wosskow OBE and former Hearst UK CEO Anna Jones, the London club was well-received when it first opened its doors on International Women’s Day in 2018 and reportedly has a waiting list running into the thousands.

Following the success of The AllBright members’ club, the co-founders have now launched AllBright Academy – a series of free webinars and one-to-one coaching courses that aim to inspire women and provide mentoring to help them find success in their careers.

These are free and open to anyone, regardless of whether or not they’re a member.

This will be followed by a second London-based club in Mayfair and expansion across the Atlantic with the launch of an AllBright club in West Hollywood, LA.

Q&A with The AllBright founders Debbie Wosskow and Anna Jones

What was the inspiration behind AllBright Academy?

As a serial entrepreneur and the former CEO of Hearst, we both found ourselves with the question – why are there still so few women leading in business today?

Together, we founded AllBright, a collective dedicated to helping driven women thrive in their careers.

AllBright was inspired by our very different routes to success, and is based on one common theme – sisterhood works.

The Academy was a natural continuation of AllBright’s mission, and is designed to help women gain the skills, confidence and network needed to achieve their professional goals.

Why is it important to offer women-only courses and mentoring?

Our courses specifically address one of the major problems affecting working women: a lack of confidence.

Often dubbed “imposter syndrome”, there’s still a dramatic confidence gap between men and women in the workplace, most notably among those in their mid-20s and 30s.

A lack of confidence, especially in the 25 to 35 age group, is one of the reasons that women who want to start a business don’t.

When it comes to these female founders, as a nation we’ve made great progress, but we still have work to do – only 2.17% of venture capitalist funding went to female-led business in 2016.

To us, this didn’t correlate, because we knew one in ten women wanted to start their own business.

In fact, if just a fifth of them started a company, the UK economy would benefit from a £10.1bn boost by the end of 2020.

Inside The Allbright in Fitzrovia (Credit: AllBright)

What support does the AllBright Academy provide for entrepreneurs?

The Doing It For Yourself course, led by Debbie, has been created specifically with female entrepreneurs in mind, and includes modules around knowing your numbers, building a strong marketing strategy, hiring a team and making the sale.

The curriculum is immersive and led by an outstanding line-up of female business leaders, from design trailblazer Cath Kidston to Cassandra Stavrou, founder of Propercorn.

Along with interactive webinars and workshops, our courses also include access to coordinated meet-ups, which encourage academy students to connect and collaborate with like-minded women in their local area.

Academy graduates have the opportunity to join our alumni network, which includes invitations to regular in-person alumni meet-ups, plus refresher content modules to keep their skills up-to-date and their mindsets on track.

Do you wish opportunities such as the AllBright Academy were available to you when you were starting out in your career?

Ms Wosskow: Yes, the AllBright Academy is a lifeline for many budding entrepreneurs and businesswomen – the Doing It For Yourself course, in particular, is something that would have helped me enormously if it was available when I set up my first business.

Mrs Jones: Upskilling is a huge factor in professional success, but it’s not just about learning the skills, it’s having the confidence to implement them.

Early on in my career journey, I had a fear of public speaking, which is why the academy features specific support and advice surround this common issue, along with many more.

Why did you decide to make the courses free?

It’s hugely important to us that the AllBright Academy is open to all and, most importantly, accessible to all.

It’s our mission to champion every smart woman who’s keen to develop professionally and inspire change in others, so our courses are completely free and entirely digital.

Applicants simply need access to a computer and WiFi, and we recommend dedicating three hours per week to the programme, which allows cohorts to fit learning in round full-time work and other commitments.

Who are the courses aimed at and do you need business experience to participate?

Our academy cohorts are a diverse group of female entrepreneurs, career ladder climbers and freelancers spanning a myriad of industries.

They’re women of every age and every stage – the one thing they all have in common is their passion and drive for success.

Enrolment to the AllBright Academy closes on the last Friday every month.

You have talked about AllBright being a movement – what is the next step and what are your future plans?

We still have a long way to go – at the recent World Economic Forum, it was stated that the gender pay gap will not close until the year 2235.

Our plans include continuing to grow the AllBright Academy, which has already helped 3,500 women, by developing new courses and launching the programme in the US, alongside our Los Angeles club.

We’re also just about to launch an in-house mentoring programme, which matches up AllBright members internally.

Our upcoming Mayfair Club, due to open in spring 2019, will have a dedicated space for mentoring, along with an in-house career coach.

In addition to this, we’re also launching a magazine, AllBright, for our members, and writing a book to be released later in 2019 with Penguin.