Female tech leaders at Alteryx, Prezi, Healx and Forescout reflect on how to achieve a "better balance", the theme for International Women's Day 2019 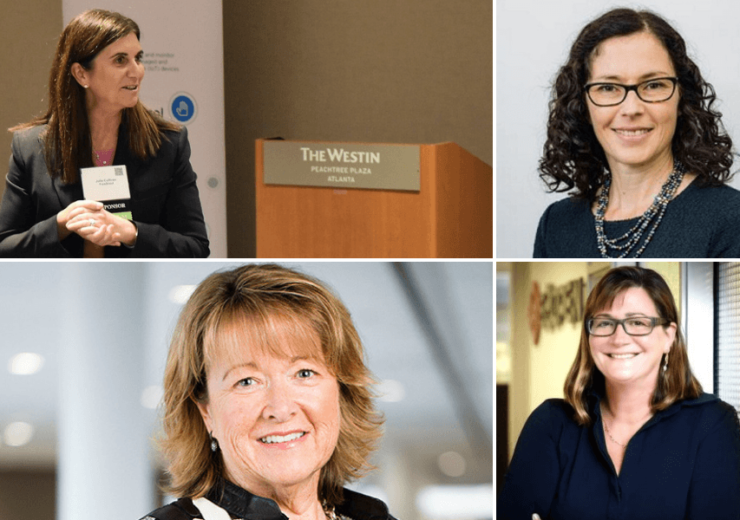 Striking a “better balance” is the theme for this year’s International Women’s Day – but gender equality also makes sound business sense, according to female tech leaders.

As the world celebrates the achievements of women across the world and industry acknowledges the growing status of prominent women in the workplace, some research suggests we’re going backwards.

Recent BBC analysis revealed the gender pay gap is actually widening, and the most recent figures for leading women in the Fortune 500 have dropped to 24 in 2018, eight less than 2017.

However, it’s important to not only look at the current state of women in the workplace, but also consider how to attract and support new female talent in the first place, a real sticking point particularly for the technology industry.

According to a 2011 study by Gaucher, Friesen and Kay, gendered wording in job adverts has the effect of steering applicants to apply according to their sex.

With a seemingly slow-growing talent pool of women in the tech industry, many businesses believe it is important to encourage more women to see the benefit of working in a dynamic and innovative space.

To mark International Women’s Day, some of the top senior women in tech talk about what it means to be a woman in the industry, and where progress still remains to be made in the quest for equal gender diversity.

The technology industry has seen many changes over the past decade, not least in the significant progress made addressing the gender imbalance.

Women in technology and analytics are no longer a rarity. An increasing number of organisations are now either owned by or have women in a leadership role.

In the US alone, the number of women-owned businesses has increased by 50% since 2007.

With many of the top technologist positions now filled by women, we are enhancing the industry, the culture, and workspaces with the missing half of the human experience.

The analytics space is particularly attractive for women – almost half of analytics professionals are women.

Furthermore, half of degrees in math and statistics are earned by women, and 41 of the world’s 190 statistical offices are headed by women.

Companies that focus on empowering the next generation of women to embrace the power of data and analytics are encompassing more talent, more points of view, and often lacking complementary traits.

While there’s a long way to go until we have an equal split of men and women across the technology industry, those who have are gaining a crucial competitive advantage and experiencing significant growth.

The best brands today are those whose stories connect with the broadest base of customers.

This means understanding the diversity of your audience and developing a narrative that not only includes, but also appreciates all facets of that audience.

Empathy like that doesn’t come from market research alone. It comes from a workforce whose backgrounds, experiences and motivations reflect those of its customers.

Diversity, therefore, is not just a quota to fill, but a genuine way to develop authentic conversations and engagement between you and your audience.

Plus, the broader, deeper perspective that comes with true diversity leads to wiser decision-making on all fronts.

Empowering more women to aim for high-level business positions should be a top priority for all senior leaders who want to see their organisation flourish and stay ahead of the competition.

Gender disparity in STEM fields remains rife, with women accounting for less than 30% of the world’s researchers.

Given this historic lack of female presence in the field of scientific research, it comes as little surprise that for decades newly-developed drugs were tested exclusively on men.

This resulted in scores of marketed drugs that proved either ineffective, dangerous or even potentially fatal for the women prescribed them.

It’s encouraging to see that this tide is now turning, thanks to an increase in female STEM role models, culture and platforms for discussion.

Today, more and more companies – such as the one I work for in the fast-developing AI technology and medicine space – recognise that harnessing female talent, promoting female empowerment and giving women the opportunity to play a major part in the workplace offers them a distinct competitive edge.”

Over the past couple of years, it has been wonderful to see the phrase ‘women in technology’ become a pivotal discussion point for organisations across the globe.

More and more boards and executives are realising that they have not focused enough on diversity and are having more conversations than ever as to what can be done differently to hire more women and minorities.

It’s critical to have a diverse workforce as different ideas and experiences lead to better solutions, and there is very compelling data that supports this.

Young women need to see examples of women in leadership roles so they know what is possible, but to also learn that these leaders are human and also struggle with the challenge of trying to do it all.

Having worked in technology for over 30 years and as a wife, executive and mother of two, I’ve learned some key lessons along the way, especially when it comes to managing the fine balance between home and work life.

The reality is, there is no such thing as a work-life balance, everything is constantly out of balance and my key piece of advice to women rising through the tech ranks is to learn when to say no.

We all want to do everything, but in reality, you have to be able to understand what to say no to, so you are spending your precious time on the things that you are most passionate about and give you energy.

The other important piece of advice that I often share is that you have to be willing to take risks.

It is crucial to have faith in yourself that you have enough of the skills required for the job, and that you’ll be able to figure out the rest along the way.

Be comfortable in being uncomfortable in a new role, because it’s natural. If you look at it from a “what’s the worst thing that could happen” perspective you will usually realise that the upside far outweighs any potential downside.

And even if things don’t work out, the learnings and takeaways from the experience will be invaluable.