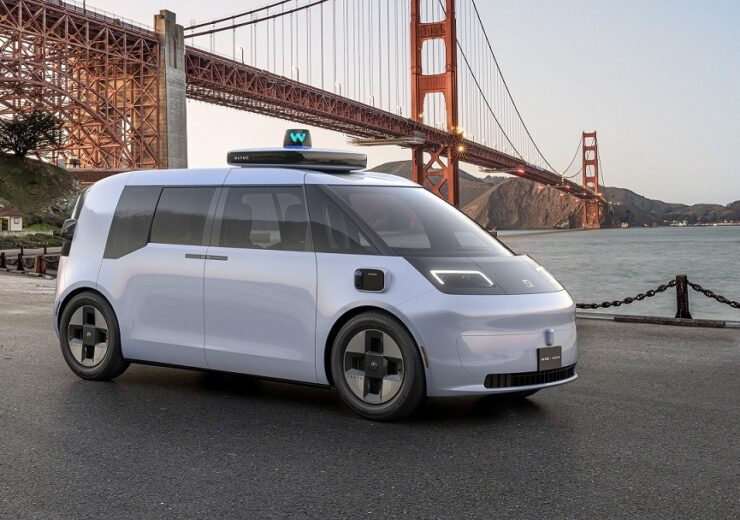 The new vehicles will be deployed in the Waymo One autonomous ride-hailing fleet in the US. (Credit: PRNewsfoto/ZEEKR)

As part of the collaboration, the vehicle will be designed and developed by Zeekr based on new proprietary and open-source mobility architecture.

Waymo will later integrate its fully autonomous Waymo Driver into the vehicle platform, after taking the delivery of the vehicles in the US.

The vehicles are planned to be deployed in the Waymo One autonomous ride-hailing fleet in the US.

Zeekr Technology CEO Andy An said: “Zeekr was born on the ideals of equality, diversity, and sustainability.

“By becoming a strategic partner and vehicle supplier to the Waymo One fleet, we will be able to share our experience, ideals and provide our expertise in collaborating on a fully electric vehicle that fits Waymo’s requirements for this rapidly expanding segment in the global market for sustainable travel.”

Designed for autonomous use-cases, the new Zeekr vehicle will feature a fully configurable cabin, both with and without driver controls.

It is said to allow customisation for rider requirements for the Waymo One unmanned ride-hailing fleet in the US.

Zeekr stated: “The new vehicle will be designed to be rider-centric from the outset, setting a new benchmark for autonomous vehicles.”

In June this year, Waymo has raised $2.5bn in a new funding round that saw participation from Alphabet, Canada Pension Plan Investment Board, Temasek, Mubadala Investment, Fidelity Management & Research, AutoNation, and others.

The proceeds were planned to be used to advance its Waymo Driver autonomous driving technology, which could be applied across various types of vehicles, from minivans and SUVs and also to Class 8 trucks.