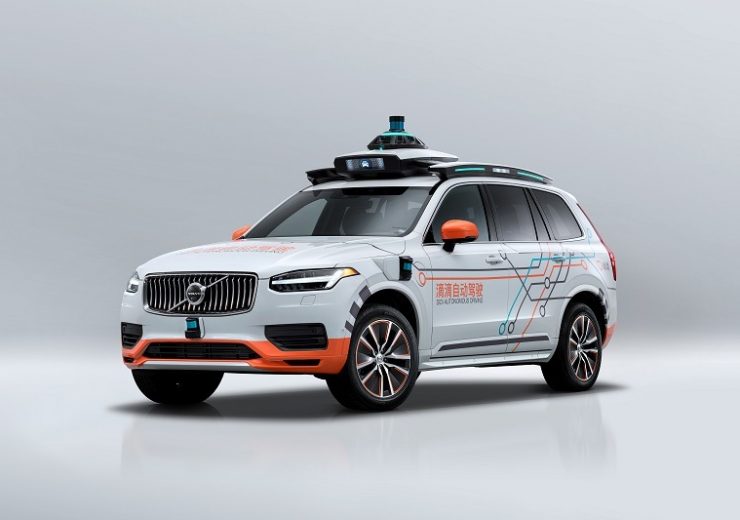 As part of the partnership, Volvo Cars will provide the Chinese mobile transportation company with XC90 cars. The cars will be equipped with the required backup systems for functions like steering and braking.

The Swedish carmaker will collaborate with DiDi Autonomous Driving for integrating the additional software and hardware needed for making the cars completely ready for autonomous drive.

According to Volvo Cars, the XC90 cars will be integrated with DiDi Gemini, which is the new self-driving hardware platform of DiDi Autonomous Driving.

Volvo Cars said that the XC90s’ built-in backup systems and safety features combined with the advanced self-driving system of DiDi Autonomous Driving will eventually enable the cars to run without safety drivers in robotaxi services.

Didi Chuxing has been looking to grow its autonomous test fleets in China and the US, while scaling up its commercial robotaxi operations.

Volvo Cars chief executive Håkan Samuelsson said: “This strategic collaboration with DiDi Autonomous Driving is further validation of our ambition to be the partner of choice to the world’s leading ride-hailing companies.

Last year, Volvo Cars supplied its XC60 cars to the Chinese mobile transportation company for using them in the first pilot robotaxi programme to have been held in Shanghai.