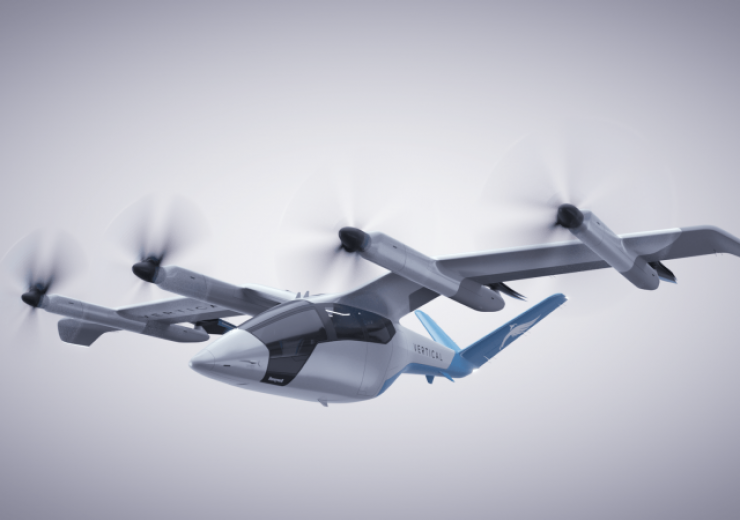 British aerospace manufacturer Vertical Aerospace Group has agreed to merge with Broadstone Acquisition in a deal that gives the combined company a pro forma enterprise value of around $1.84bn.

The pro forma equity value of the combined company is $2.2bn.

Founded in 2016 by energy tech entrepreneur Stephen Fitzpatrick, Vertical Aerospace’s goal is to make air travel personal, on-demand, and also carbon-free. The company’s flagship eVTOL aircraft – VA-X4 has been designed to travel at more than 200mph, while being almost noiseless when in flight.

VA-X4 is also claimed to produce zero emissions and deliver a low cost per passenger mile.

The deal with Broadstone Acquisition enables the aerospace disruptor to become a publicly traded company with a listing on the New York Stock Exchange (NYSE).

It is expected to provide gross proceeds of $394m to the combined company.

Subject to Broadstone Acquisition’s shareholders’ approval and other conditions, the deal is anticipated to close in the latter half of this year.

Broadstone Acquisition chairman Hugh Osmond said: “Vertical has a clear commercial plan to challenge short-haul air travel, and to create new markets where neither cars nor public transport can cope with demand. Stephen has built an outstanding management and engineering team with extensive experience in navigating the aviation regulatory approval processes.

“The team also has an outstanding track record of delivering projects commercially. In our assessment, Vertical has a considerable lead over competitors in this field – and has a clear business model to achieve commercialisation and significant growth.”

Vertical Aerospace has also bagged conditional pre-orders for up to $4bn and 1000 eVTOL aircraft from Avolon and American Airlines, and a pre-order option from Virgin Atlantic.

American Airlines has committed to pre-order up to 250 eVTOL aircraft from the British firm with an option to order 100 more aircraft.

On the other hand, Irish aircraft leasing company Avolon will pre-order up to 310 aircraft with an option for an additional 190, while Virgin Atlantic has an option to buy 50-150 eVTOL aircraft.

According to Virgin Atlantic, a full-scale prototype of the VA-X4 eVTOL aircraft is currently under production. The first test flight is expected to be carried out later this year.

Vertical Aerospace CEO and founder Stephen Fitzpatrick said: “Today’s announcement brings together some of the largest and most respected technology and aeronautical businesses in the world and together we can achieve our aim of making the VA-X4 the first zero-carbon aircraft that most people will fly on.

“The United Kingdom is already a global leader in aerospace innovation and we believe Vertical Aerospace will be the British engineering champion to drive the aviation industry forward.”