Vertical Aerospace has already completed a successful test flight of its electric vertical take off and landing (eVTOL) aircraft, which could soon travel at speeds of up to 200mph for a 500-mile range - long enough for a return journey from London to Paris 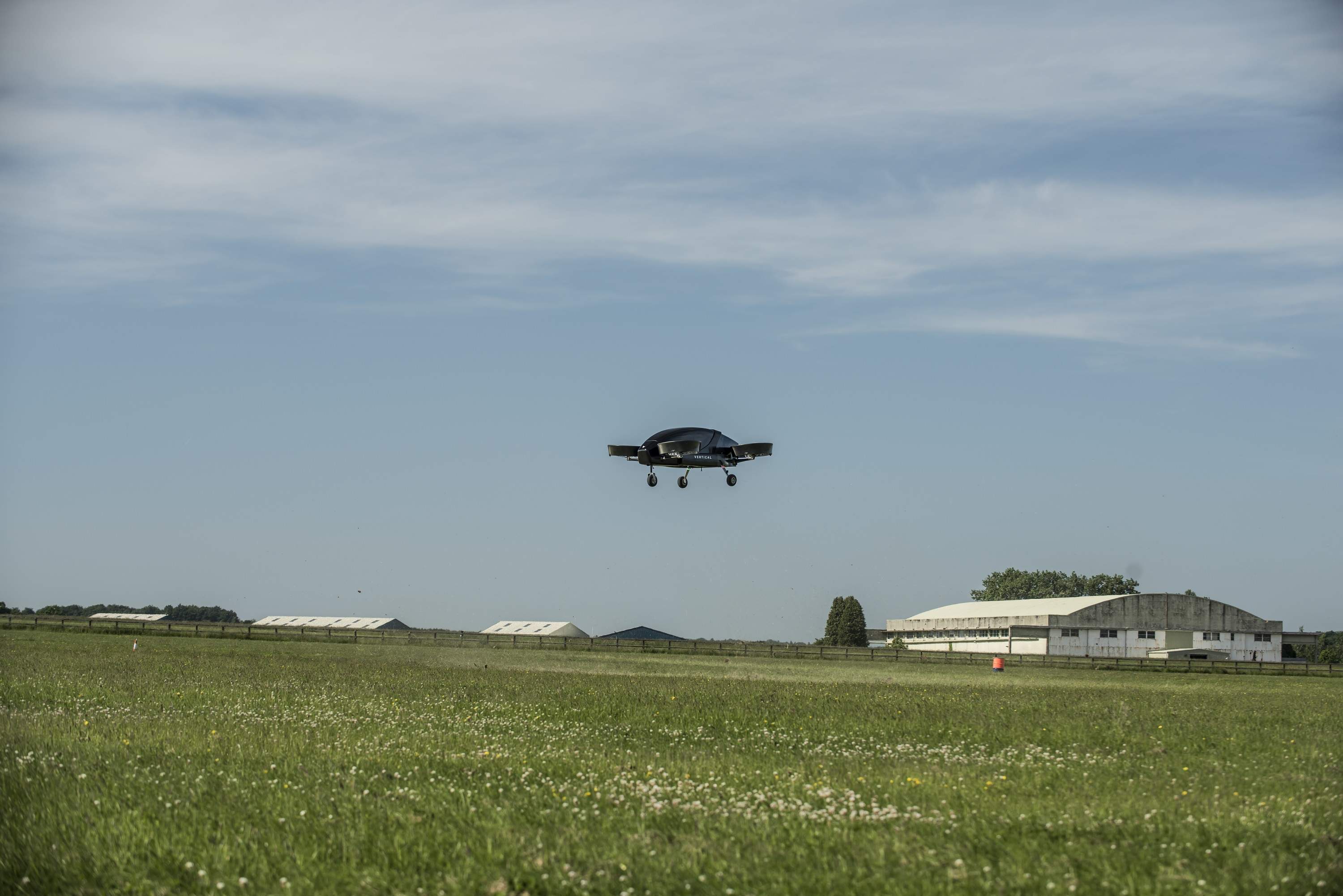 Electric flying taxis could be hovering above UK cities within four years after tech start-up Vertical Aerospace unveiled its vision.

The Bristol company, set up by Ovo Energy founder Stephen Fitzpatrick in 2016, wants to offer on-demand and carbon-free personal air travel by 2022.

It’s the latest in a series of established firms and start-ups aiming to make a breakthrough in the hybrid worlds of aviation and automotive by bringing flying cars to the skies, with the likes of Uber, Rolls-Royce and Opener – backed by Google co-founder Larry Page – all working on projects.

But Vertical Aerospace has already scored one over some of its rivals by successfully test-flying a full-scale unmanned vehicle – which can travel at almost 200mph – over Cotswold Airport, in Gloucestershire, after receiving permission from the Civil Aviation Authority (CAA).

Mr Fitzpatrick believes it could revolutionise short-haul flights, with annual air passenger journeys expected to almost double to almost 7.2 billion by 2035 – putting airport infrastructure under pressure and harming the environment.

He said: “Passenger numbers for short-haul flights have exploded in recent years, but as a result aviation is now a major contributor to climate change and local air pollution.

“Congestion around airports has become a huge problem and for flights of 500 miles or less, we are spending more time travelling to and from the plane than we are in the air.

“At Vertical Aerospace, we want to help address these challenges. We want to decarbonise air travel and give people the freedom to fly from their local neighbourhood directly to their destination.”

The numbers behind Vertical Aerospace and its electric flying taxi

The test flight in June was the UK’s first for a fully electric vertical take-off and landing (eVTOL) aircraft.

The batter-powered demonstrator craft – built from carbon fibre and fitted with four rotors – weighs 750kg, has a 93-mile range and can hit speeds of 186mph.

But Vertical Aerospace says future models will be able to fly up to 500 miles – covering a return journey from London to Paris.

The company is formed of 28 engineers and technical experts recruited from the likes of Airbus, Boeing, Rolls-Royce, Martin Jet Pack, DarkTrace and GE.

It has drawn expertise from technologically-advanced sectors beyond aviation, including Formula 1 and energy, to put ideas and technologies together in ways never done before.

The full-scale eVTOL aircraft unveiled today (10 September) was designed, built and flown in the UK within 12 months.

Mr Fitzpatrick said: “We’ve learned a lot from Formula 1, both in terms of technology and pace of development.

“The lightweight materials, aerodynamics and electrical systems developed through F1 are highly applicable to aircraft, much more so than to road transport.

“By putting those technologies in the hands of experienced aerospace engineers, we can build cutting-edge aircraft for the 21st century.”

After the flight testing programme was completed, Vertical Aerospace will now seek to build an eVTOL aircraft certified by regulators to operate on piloted short-range routes within four years.

It will also continue developing the technology to extend the aircraft’s range, introduce elements of autonomy and expand the number of chartered routes served, while working with relevant authorities to make on-demand air taxis a reality.

“Aviation is among the most complex and highly regulated sectors in the world – and with good reason,” added Mr Fitzpatrick.

“Safety is and should be the number one priority. Our first eVTOL aircraft was granted flight permission by the CAA and we are already working with the European Aviation Safety Agency to gain type certification for our next model.

“Regulation evolves along with new technology but it takes time. We are working alongside regulators throughout that process.

“The UK has a real opportunity to lead the world in eVTOL technology. We have a rich heritage in aviation. World-class engineers and technical experts train and work here.

“We have the global outlook and entrepreneurial spirit required to develop and commercialise this technology.

“Designing and building technology with such disruptive potential could ultimately bring thousands of highly-skilled jobs to the UK and secure our place at the forefront of aviation innovation.

“With the right support from government, regulators and the wider science and engineering community, the UK can lead the way in personal, on-demand and carbon-free air travel.”