In a show of enormous faith in the increasing demand for electric vehicles, Elon Musk has been announcing plans for many new Tesla factories for the past few years. We look at the details of the car maker's existing and upcoming plants 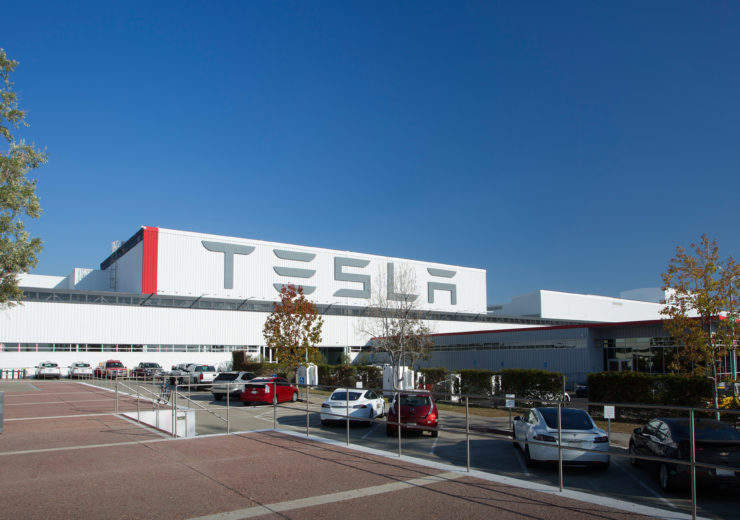 Fully autonomous vehicles, half a million electric cars rolling out per factory each year and the biggest building in the world: Elon Musk’s plans for Tesla factories are ambitious, to say the least.

Far from keeping his cards close to his chest, the 47-year-old has been vocal about his aim to add new production sites in Nevada and potentially Europe to supplement the company’s existing factory in California.

Ground was broken in January on the £4bn gigafactory in Shanghai, with production starting in October of the same year.

With construction of such facilities set to last much of the next decade, at least, and costing billions collectively, Elon Musk will be hoping the Silicon Valley company’s investment pays off.

In light of Musk’s gamble, we take a look at the numbers behind the existing and planned Tesla factories across the globe.

Located in Fremont, California, the Tesla Factory, as it is known, currently comprises 5.3 million sq ft of manufacturing and office space on 370 acres of land, but will almost double in size and create thousands of new jobs in the coming years following the City of Fremont’s approval of expansion plans.

Tesla purchased the facility in 2010 and extensively remodelled it, adding skylights to provide workers with natural light and painting the floors with white epoxy to create a clean work environment.

The first vehicle rolled off the production line in June 2012, the Model S — a seven-seat family saloon.

By the end of this year, Tesla plans to have 500,000 cars coming out of the factory and to fully automate its manufacturing system to make this happen, having already increased the production rate at the Fremont factory by 400% since its launch.

Tesla broke ground for its Nevada-based factory in June 2014 but does not yet have a completion date for what the company expects to be the largest building in the world by footprint at 5.8 million sq ft – the same as 101 American football fields.

Part of it is already operational, however, and serves to provide battery cells and packs critical to vehicle production. In mid-2018, battery production at Gigafactory 1 achieved an annualised rate of about 20 GWh, making it the highest-volume battery plant in the world.

To balance the rapid evolution of tech and the comparatively slow construction of the gigafactory, the production line is being made as flexible as possible to cope with changes in battery technology and architecture.

Nevada state law requires factory workforces to comprise at least 50% Nevadans, a target which Tesla currently exceeds with 63% of the construction team and 96% of the employee team being residents.

It is designed to be a zero-energy facility, consuming no fossil fuels and using electric sources to power the back-up emergency generators.

The entirety of the roof will be covered in a solar array and any power not consumed during the day will be stored in powerpacks for use when needed.

Tesla signed a co-operative agreement with the Shanghai municipal government on 10 July 2018 to build a gigafactory in the biggest electric vehicle market in the world, China.

The massive project reportedly received $5bn (£3.9bn) worth of investment.

The gigafactory Shanghai was temporarily shut down for about two weeks on 29 January 2020 due to the COVID-19 pandemic affecting China at the time. Production was restarted on 10 February.

Pre-pandemic production capacity at the Shanghai gigafactory was targeting 5,000 vehicles a week, with an annual capacity of more than 250,000 units

Production line capacity of Giga Shanghai is aimed at 5,000 cars per week, and if achieved and sustained could result in an annual capacity of more than 250,000 vehicles

In light of the ongoing trade war between the US and China, building a factory in the Far East will help Musk avoid hefty tariffs on certain materials required to produce electric vehicles.

Tesla boss Elon Musk announced on 12 November, 2019, that the firm had chosen the German city of Berlin as the location for its European gigafactory.

Reports from the local environmental agency in January, 2020, suggest the plant will begin operations in July 2021.

The Berlin gigafactory is expected to produce batteries, battery packs and seats, along with drivetrain assembly. It is also expected to be employed in the final assembly of both Model 3 and Model Y EVs, along with other future models.

Analysts have predicted it could boost Europe’s battery market to about 250bn euros by 2025.

Speaking to industry magazine Auto Bild, at its Golden Steering Wheel Awards in November 2019, Musk claimed: “Brexit [uncertainty] made it too risky to put a Gigafactory in the UK.”