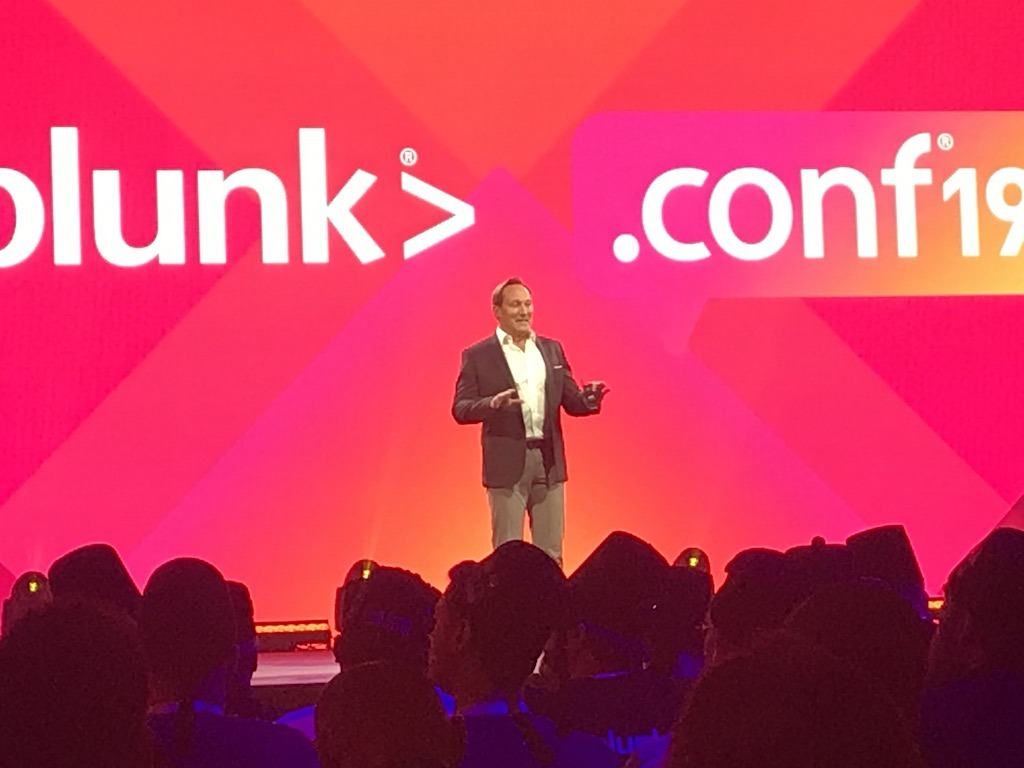 The CEO of data analytics software firm Splunk claims companies that fail to use their data to enhance business operations will cease to exist in the future.

Doug Merritt made the comments during the opening keynote address of the company’s tenth annual conference in Las Vegas, with NS Business among the audience of 11,000 industry professionals.

Beginning as a tool for IT staff to find flaws within their operations, mostly in cyber security, Splunk recently expanded its reach into other areas of business with its flagship Data-to-Everything product.

Merritt said: “There is no way that any parts of our lives can be separated from data going forward.

“In this coming age, there will only be two types of companies: those who seize the opportunity to make things happen with data, and those that no longer exist.

“The world will depend on those who can capture, make sense of, and ultimately act on, data.”

Sessions at the conference included several accounts of businesses that drew measurable benefits from applying data monitoring and analytics software from Splunk.

But Merritt claimed the applications we’re seeing today are “only the beginning” of what he termed “the data age”.

“It’s not far-fetched for any of us to think that in the near future, we’re going to wake up in the morning and eat our digitally printed breakfast,” he added.

“We’re going to hop into our autonomous flying cars, and because they’re autonomous, we’ll have an awesome avatar tell us about the latest manned mission to Mars.”

Merritt announced that Splunk’s strategy moving forward will be to expand the use of its capabilities to solve business problems, which in many cases can benefit from the same data collected by the cyber security, IT and development operations professionals that currently use it.

“We know that exact same data can be used for every operational process within an operation.

“And we are bringing data to every question, every decision and to every action.

“And when we say everything, we literally mean everything.”

To showcase the value of this new approach, captured by the tagline “Turning Data Into Doing”, Splunk showcased its client, sports and luxury car brand Porsche, on the stage with Stefan Arnold, the car maker’s head of technology acceleration and management.

Arnold said: “There’s no part of our cars, our company or our customer experience that can’t be improved by better use of data.

“My team manages the IT technology roadmap, focusing on architecture, AI, analytics, cloud, data management and much more.

“Our target is to accelerate the whole company with easy-to-use technology stacks with variable use cases — being a data-driven company is critical to the future of Porsche.”

Porsche launched its first electric vehicle in September and Arnold claimed Splunk’s software was key to its development — so much so that a member of its team’s entire job revolved around it.

Splunk service manager at Porsche ,Tim Klapper, joined Arnold on stage and discussed how the firm’s machine learning platform uses telemetry data to decide where its charging stations should be placed.

He said: “The data helps us to route our customers from very busy charging stations to a less used one.

“With the Splunk Data-to-Everything platform and the new machine learning toolkit, we can predict where we need to build our next charging infrastructure.”

Porsche also showcased how it uses Splunk’s augmented reality (AR) smartphone technology to assist engineers in activating a charging station and monitoring its functions using performance data fed into the tech firm’s platform to highlight issues and fix them before they cause problems.