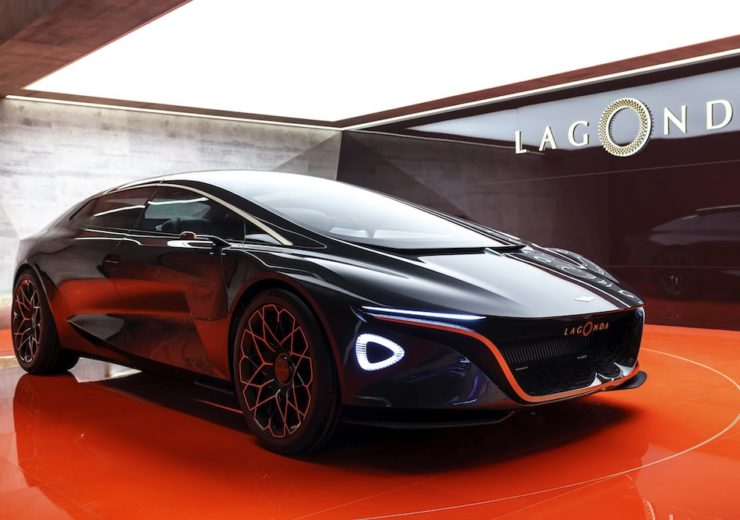 Luxury sports car companies are looking to an electric future as they pursue a new customer base that’s young, affluent and environmentally-conscious.

While German auto-maker Porsche will release the electric Porsche Taycan later this year.

It suggests the concept of luxury is changing to be cleaner and greener.

Sally Leathers, chief engineer in electrical at Aston Martin Lagonda, says: “Because we are luxury, our customers expect us to push the boundaries.

“In doing so, we can push the development of technology further.

“These changes bring benefits to our customers and wider society.

“We, as an industry, are now the solution to many modern day challenges – from reducing CO2 emission productions to cleaner power trains and increased productivity as autonomous systems better manage congestion.”

One of the main changes to the status quo is the introduction of new challengers, such as Tesla, and Silicon Valley giants like Apple and Intel encroaching on the territory of traditional car manufacturers.

Speaking at the Smart To Future Cities conference in London last month, Ms Leathers says: “Connected, autonomous and electric cars, as well as new emerging business models around shared car ownership, are profoundly reshaping the norms for companies like ours.

“We are seeing the biggest influx of new entrants to the market since the move to the internal combustion engine, challenging the traditional original equipment manufacturers (OEMs) who have previously only competed against each other.

“This transformation is not to be feared but embraced.”

She claims the additional competition has led Lagonda to approach the market in a similar way to technology start-ups as it goes in pursuit of a “new and growing customer base that has an early adopter mindset, high levels of affluence and education and an open mind to innovation”.

“Our small size and agility is our advantage and allows us to embrace new technologies,” Ms Leathers adds.

“In essence, our role in advanced manufacturing means that we can play a much more significant part in driving our industry forward, in comparison to our size.

“No hybrids, no fuel cells, no compromises.”

Porsche’s plans for the future of luxury cars

Porsche has pledged to invest over €6bn (£5.17bn) in electric mobility by 2022 and has speculated that between a quarter and half its cars will be electric by 2025.

In a video predicting the future of the luxury sports car brand, the car manufacturer said that 10% of its cars could feature autonomous technology and could have the ability to communicate with IoT devices in the home.

The German auto-maker’s upcoming electric vehicle, the Porsche Taycan, is said to be the first commercial car capable of recharging at 800 volts and in sub-zero temperatures.

But the switch to electric will not come at the expense of power, with AutoExpress reporting the car will have 600bhp, a top speed of 155mph and will be able to go from zero to 62mph in under 3.5 seconds.

Porsche hopes the Taycan can take a slice of Tesla’s market and has already had to double its production from 20,000 to 40,000 units, following high demand.

The US-based car manufacturer is the top-selling electric car brand, with the majority of its models aimed at the top end of the market.

In regards to innovation, Porsche has taken a leaf directly out of Tesla’s book and plans to offer over-the-air updates to its cars following launch.

This will require building a healthy relationship with developers, according to Porsche’s project lead for innovation management Andy Grau.

He says: “We want to create the future of the sports car – not alone, but together with the whole world.

“In 2019, Porsche is focusing on innovation in three different scenarios, home, driving and arrival.”

In order to do so it will be inviting external start-ups and developers to come up with innovative solutions and applications that can be used on Porsche cars.

Risto Vahtra is CEO of High Mobility, a platform that allows developers to build, test and publish apps in conjunction with carmakers.

He believes car manufacturers need to update the way they work.

“Carmakers send their requests out to suppliers and ask for a solution to a problem and then the suppliers come back to them with a price,” he says.

To solve this, Mr Vahtra helped to develop Porsche Next IO – an open innovation platform that allows developers and start-ups to work more efficiently with car brands.

He says: “In the same way that Facebook and Google are releasing developer previews of their new operating systems several months before coming to market, with this technology, carmakers can do the same.

“Carmakers can release a virtual car model to the developers one or two years ahead of the market launch and then, once it hits the market, there will already be a working app and development ecosystem.

“For example, if you are building a charging application for an electric vehicle, you can create a driving scenario and watch the battery level going down as the virtual car drives through a simulator.

“That really un-bundles the development process for the carmaker.”