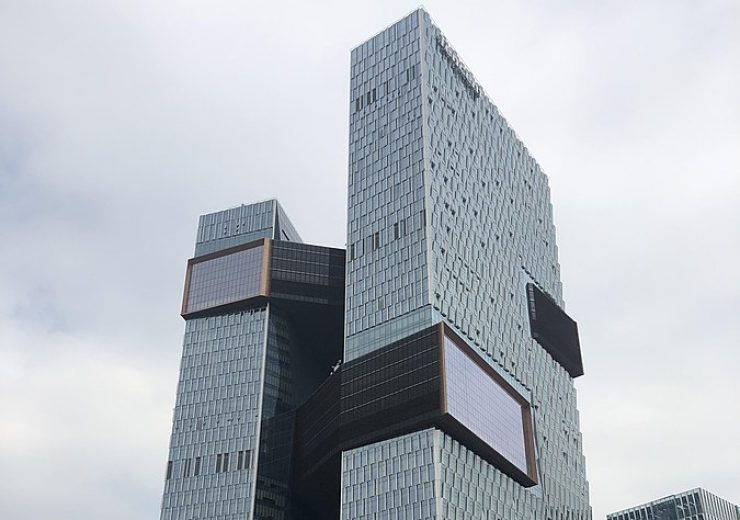 Headquarters of Tencent in the Nanshan District of Shenzhen, China. (Credit: Josephua/Wikipedia.org)

Prosus, a subsidiary of South African internet company Naspers, has sold a 2% stake in Chinese technology conglomerate Tencent for $14.6bn.

The Dutch consumer internet group sold the stake through an accelerated offering via its subsidiary MIH TC. The company sold 191,890,000 shares in Tencent, thereby reducing its stake in the latter from around 30.9% to 28.9%.

Prosus plans to use the amount realised from the stake sale to increase its financial flexibility for investing in growth and also for general corporate purposes.

The Dutch firm said that it is committed not to sell any further shares in Tencent for at least the next three years.

Prosus has been the largest shareholder in the Chinese public-listed company while the latter’s co-founder Ma Huateng holds a significant stake.

Founded in 1998, Tencent has been one of the biggest video game publishers in the world apart from being engaged in the social media business. Its products include Tencent QQ, QQ International, WeChat, Qzone, Tencent Music Entertainment, WeBank (China), PaiPai.com, iTQQ, and others.

On the other hand, Prosus is a technology investor, which is engaged in building businesses in the food delivery, payments and fintech, online classifieds, and education technology sectors.

Apart from Tencent, the Dutch firm had invested in DeliveryHero, Mail.ru, Swiggy, Ctrip.com, and others.

In another development, Prosus, alongside Japan’s SoftBank, has co-led the €223m funding round of Norwegian largest online grocery business Oda.

Currently, Oda has a share of online grocery orders of more than 70% in Norway. It intends to use the new capital to launch its international expansion.