China is home to an extraordinary web of tech conglomerates and Tencent, with its various subsidiaries such as WeChat, QQ and Qzone, is right at the top of the list 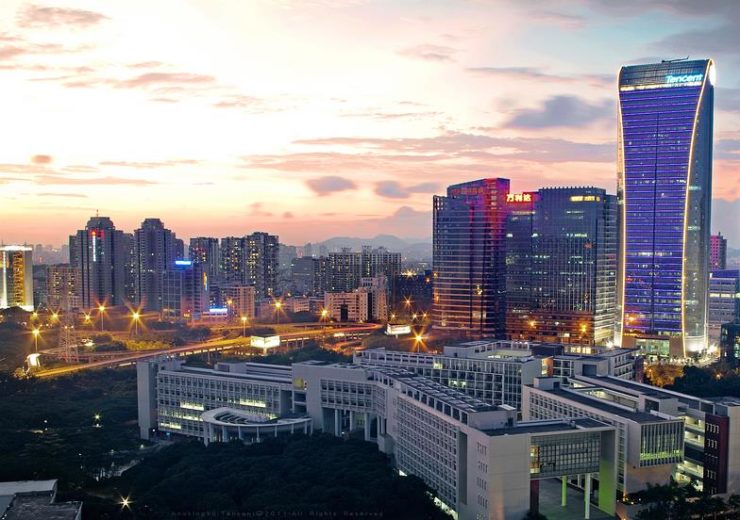 Tencent's headquarters in Shenzhen, often referred to as the tech capital of China

Since it went public in 2004, Tencent has become one of China’s leading lights as its stock has sky-rocketed more than 11,000%.

In just a couple of decades, the holding conglomerate and others like it have positioned the country right at the forefront edge of global technological progress.

Silicon Valley still holds the crown for the most concentrated focal point in the tech world, but the economic capital of the East has made up much of the ground in the last few years.

The key players in its ecosystem rival those of the US and, in some areas, dwarf them – with firms like Alibaba setting new precedents for what a single business can offer.

Meanwhile, for Tencent, the size of the company is growing exponentially as it expands its investment portfolio, which includes the likes of Elon Musk’s Tesla, Snapchat and, more recently, internet forum and discussion website Reddit.

Here we profile the company and its flagship subsidiaries.

Over the past 20 years, Tencent has climbed its way to the top of more than a few important lists in the business world after being founded by CEO Ma Huateng in 1998.

It’s the biggest video game publisher in the world, larger than US-based giants EA Arts and Activision Blizzard combined, as well as the top social media network in China.

In addition, Amazon, Google and Facebook are the only internet companies across the globe more valuable than the Chinese giant, which has a current market cap of $419bn (£318bn).

This is down from a high of more than $570bn (£433bn) in 2017, however, as the business experienced a torrid 2018 when its value nose-dived to less than $350bn (£188bn) amid tightening government regulation and investment uncertainty.

The moved has raised eyebrows as China’s internet scheme is vastly different the situation in the US, with a cohesive censorship system in place known as the Great Firewall that blocks various sites including Facebook, Twitter and Reddit.

The amount invested doesn’t shed any light on the situation, either, as $150m (£116m) wouldn’t give the Chinese behemoth a controlling stake in the website, which is currently valued at more than $2.7bn (£2.1bn)

Like Alibaba, the list of apps and services under the Tencent umbrella is seemingly never-ending, with everything from cashless payment systems and property management to cloud storage and advertising services offered by the company.

Perhaps its biggest assets, however, are the multiple Chinese social media channels and messaging apps the company owns.

This includes Qzone, which has more than 650 million users, and both QQ and WeChat, which have almost 900 million each.

Though the messaging service is growing quickly, it remains behind Facebook Messenger and WhatsApp in terms of sheer users.

Those US apps, both subsidiaries of Facebook, generate the majority of their revenue via advertising, with their parent’s total income from that area topping $9bn (£7bn) in the second quarter of 2017, while WeChat only managed $900m (£696m).

The Chinese app offers a wide range of additional services, however, from various payment services to a heat map that displays the population density of a given area.

For comparison, these additional applications combined to account for about $5.5bn (£4.3bn) of WeChat’s total revenue in Q2 2017, equating to roughly 90%.

It plays host to one of the most active and engaged communities in the global social networking industry, with 150 million of its 650 million users updating their accounts at least once a month.

Growth in recent years has begun to taper off, however, with the success of WeChat taking precedence for Tencent as of late.

Qzone is tied as a bonded service to the Chinese conglomerate’s QQ platform, with users only gaining access to the former if they subscribe via the latter.

The app earns revenue via its tiered membership scheme, with various user plans offering different services and features depending on the colour, with prices scaling accordingly.

For example, the red membership offers the QQ Show service, which allows users to alter some aesthetic elements of their account, such as the name.

QQ holds the Guinness World Record for the highest number of simultaneous online users on an instant messaging programme at any one time, with more than two million online on 3 July 2014.