The company will spend €17bn initially to build two semiconductor factories in Magdeburg, Germany, which are expected to break ground in the first half of 2023 with production targeted to begin in 2027 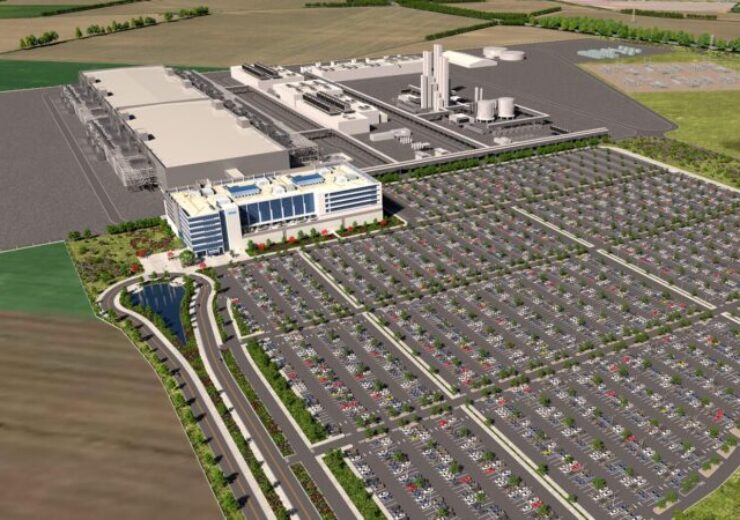 Rendering of the proposed semiconductor fabs of Intel in Magdeburg. (Credit: Intel Corporation)

Semiconductor major Intel has announced an initial investment of more than €33bn in the European Union (EU) towards research and development (R&D) and manufacturing.

EU President Ursula von der Leyen said: “It is a considerable contribution to the European Chips ecosystem that we are building right now. It will create new, well-paid jobs throughout Europe. And I’m sure that it will pave the way for more companies to follow suit.”

Intel’s latest announcement includes an investment of an initial €17bn towards semiconductor fab mega-site in Germany and a new R&D and design hub in France. The investment will also be used for investing in R&D, manufacturing and foundry services in Ireland, Poland, Italy, and Spain.

Intel CEO Pat Gelsinger said: “Our planned investments are a major step both for Intel and for Europe. The EU Chips Act will empower private companies and governments to work together to drastically advance Europe’s position in the semiconductor sector.

“This broad initiative will boost Europe’s R&D innovation and bring leading-edge manufacturing to the region for the benefit of our customers and partners around the world. We are committed to playing an essential role in shaping Europe’s digital future for decades to come.”

Intel will build two semiconductor fabs in Magdeburg, Germany for which planning will begin immediately. Construction is expected to be launched in the first half of next year, and production is targeted to begin in 2027, subject to approval from the European Commission (EC).

Intel has also announced an additional €12bn in an expansion project at Leixlip, Ireland to double the manufacturing space. The company aims to bring Intel 4 process technology to Europe in order to grow foundry services.

Additionally, Intel has entered into talks with Italy to build a back-end manufacturing facility with a possible investment of up to €4.5bn.