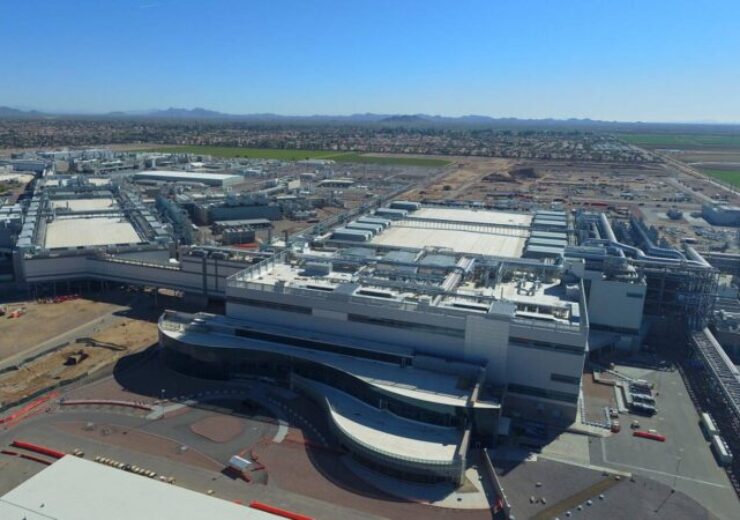 Intel Fab 42 at the Ocotillo campus will be joined by two more fabs. (Credit: Intel Corporation)

Intel is set to break ground this week on its two semiconductor factories (fabs) in Arizona, US, which will entail an investment of nearly $20bn.

The new fabs are part of the company’s IDM 2.0 strategy that was unveiled by CEO Pat Gelsinger in March 2021. As per the strategy, the company will invest in manufacturing capacity for supporting the rising global demand for semiconductors.

Intel stated that its new fabs will strengthen the semiconductor leadership of the US and help in bringing geographical balance to the global supply chain.

To be built at the company’s Ocotillo campus in Chandler, the fabs will support the growing requirements of its products, while providing committed capacity for foundry customers.

The two fabs are expected to generate over 3,000 permanent high-tech jobs apart from more than 3,000 construction jobs and nearly 15,000 local long-term jobs.

The Ocotillo campus will have a total of six factories, which are connected through an automated superhighway. The campus, which covers nearly 700 acres, is expected to become the company’s largest manufacturing site in the world.

The manufacturing expansion at the campus follows the opening of Fab 42, which was built with an investment of $7bn. Fab 42, which is the fourth factory in the Ocotillo campus, had created 3,000 new jobs in the company and 10,000 new Arizona jobs in total.

As part of its manufacturing expansion, Intel in May 2021 had announced an investment of $3.5bn in its New Mexico site for supporting advanced semiconductor packaging technology.

Earlier this month, Gelsinger disclosed the company’s plans of investing up to €80bn over the next decade in Europe in an effort to cope up with the growing demand for semiconductor chips. The company plans to build at least two new fabs in the region and set up committed foundry capacity at its Ireland fab as part of the plans.