A £165m deep coal mine in West Cumbria has been approved, sparking excitement from the local community and hostility from environmental campaigners 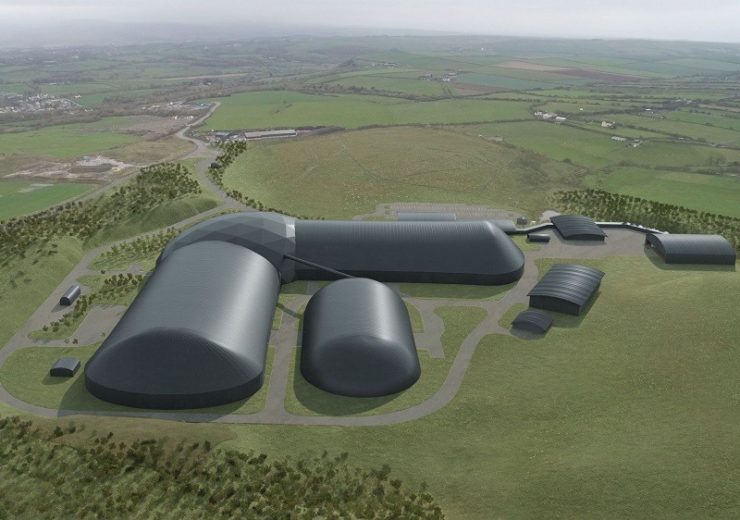 Artist's impression of Woodhouse Colliery, a £165m deep mine set to be built in West Cumbria (Credit: West Cumbria Mining)

The UK’s coal industry has been thrown a somewhat surprising lifeline after the £165m Woodhouse Colliery mine was unanimously given the go-ahead by Cumbria County Council.

Based on a coastal site near Whitehaven, West Cumbria, the facility will produce roughly 2.5 million tonnes of coking coal annually and employ 500 people directly, with a further 2,000 people to be involved in the supply chain once it begins operation from 2021.

Developer West Cumbria Mining (WCM) will hire 80% of its workforce from areas within 20 miles of the site and claims much of the £100m it plans to pour into the project every year will flow back into the local community.

But the announcement of it gaining planning permission yesterday (19 March) has been criticised by environmental campaigners and comes at a time when coal is being phased out globally.

CEO Mark Kirkbride said: “This marks a very important milestone in our journey to develop a world class mine in Cumbria and is the culmination of five years of hard work and determination by the WCM team to realise our vision.

“Woodhouse Colliery will bring significant local benefits to Whitehaven, Copeland and Cumbria in terms of jobs and investment.

“I am proud to be part of something which will have such a positive impact on the local community and economy as well as the long-term financial benefits the mine will bring to the UK.

“We now look forward to moving towards the construction of Woodhouse Colliery and harnessing the extensive mining history and knowledge in West Cumbria to operate a state-of-the-art mine, including the highest levels of health and safety and technology to ultimately realise our vision of becoming a leading European producer of high quality metallurgical coal for steel-making.”

What is Woodhouse Colliery?

Woodhouse Colliery is due for completion in two years, and the metallurgical coal it produces will supply UK and European steel-making markets, which currently import about 45 million tonnes per annum from the US, Canada, Russia and Australia.

WCM claims the facility will add £1.8bn to the UK’s GDP in its first ten years, while accounting for £2.5bn worth of exports and directing £500m of tax to the country’s government over the same period.

Its mine has a minimum planned operational lifespan of 40 years and will extract underground and offshore coal reserves from below the Irish Sea, which will then be transported using a buried 2.2km conveyor to a train-loading facility.

From there, it will be taken to Redcar Bulk Terminal on England’s North East coast for distribution.

It’s expected the coking coal will be used in blast furnaces for steelworks in Port Talbot, Wales, and Scunthorpe.

Since 2014, WCM has been developing its plans for the facility, from feasibility work and stakeholder engagement to ecology scoping and various exploration initiatives to determine the quality of available resources.

The BBC reported some opponents staged a sit-down protest during Cumbria County Council’s meeting, representing the sentiment of environmentalists who claim Woodhouse Colliery is a step in the wrong direction for climate change.

Speaking to The Times, Greenpeace’s executive director John Sauven said: “We are in a climate emergency and this decision smacks of terrible short-sightedness – we cannot afford to burn more coal.”

In a bid to ensure environmental sustainability, the company has conducted more than 300 surveys and sampling processes to identify onshore and offshore water quality, sediment quality, baseline dust and noise monitoring.

And to lessen the mine’s ecological impact, WCM has also agreed a deal to build a 60-acre solar farm at a site in Cumbria’s Weddicar parish, which would account for roughly 40% of its power needs.

While coal mining was a key part of the UK economy for decades – producing 128 million tonnes a year and employing hundreds of thousands of people in areas including the North of England, Midlands, Wales and Scotland in 1981 – the industry collapsed as most collieries have closed since the 1970s.

The last deep coal mine in the UK, North Yorkshire’s Kellingley Colliery, closed down in December 2015, and all coal-fired power stations will close in Britain by 2025.

But there remains more than a dozen open-cast mines in operation, with several others planned including Woodhouse Colliery.

This involves taking minerals from the surface of the ground rather than the passages dug under it, and is useful as a natural resource in manufacturing, domestic heat generation, food and beverage production, chemicals production and electricity generation