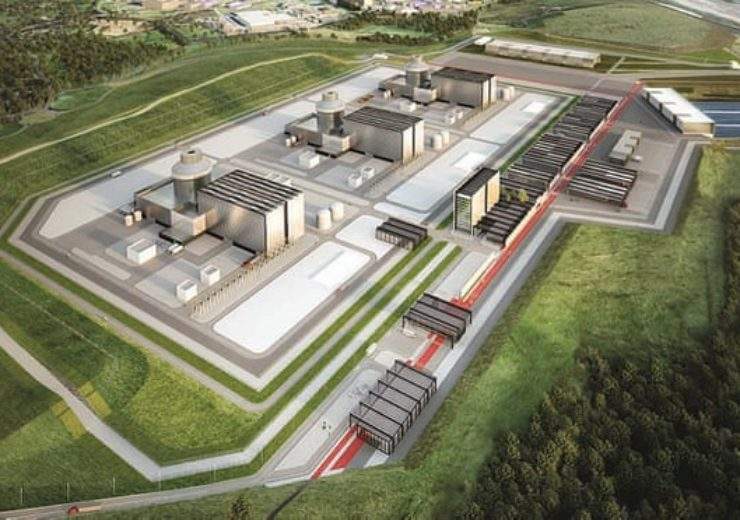 For much of the past decade, the west coast of Cumbria had been preparing itself for the arrival of the NuGen facility — but with the project appearing to have been permanently scrapped, NS Business looks at the history of the Moorside nuclear power station project and where it went wrong.

Slated to provide 7% of the UK’s electricity following the planned coal power phase-out and existing nuclear reactors coming off the grid, the £15bn Moorside Nuclear power plant at Sellafield, Cumbria, floundered due to financial difficulties and struggling to get the official go-ahead.

In 2008, NuGen’s owner Toshiba announced it would wind-up its UK nuclear business after failing to find a buyer for the scheme — signalling the end of the project.

Here we take a look at the background to the Moorside nuclear power station and why its progress stalled.

Moorside nuclear power station project: A look at the background

The rights to a 190-hectare (470-acre) plot north of the Sellafield nuclear plant, in Cumbria, were acquired in October 2009 for £70m by three energy companies.

While the project was billed as the largest-ever private sector investment for the county in north-west England, it was opposed by green activists including Radiation Free Lakeland.

The proposed plant was named Moorside in December 2011 and Toshiba took ownership of Iberdrola’s stake in 2013, before NuGen leased the plot for an undisclosed sum in 2015.

Toshiba’s problems began when one of its subsidiaries, American nuclear technology firm Westinghouse Electric Company, suffered financial difficulties in early 2017 following budgetary issues related to two other plants it was building in the US.

Westinghouse filed for “chapter 11 bankruptcy” under the United States Bankruptcy Code, which required the company to restructure in order to keep the business alive and pay back creditors.

This prompted French backer Engie to pull out, leaving Toshiba as the sole owner of NuGen, which was headquartered in Manchester.

Toshiba announced it was exiting the international nuclear market and put the NuGen operation and Moorside site up for sale, with Korea Electric Power Corporation (Kepco) becoming the preferred bidder in December 2017.

The AP1000s have passive safety technology, which means they can go for up to 72 hours without the need for cooling by relying primarily on natural processes such as downhill-flowing water and heat rising.

They are regarded in the industry as more efficient, easier to construct and safer than other reactors.

While Toshiba had intended to use the AP1000 reactors, which are owned by Westinghouse, Kepco wanted to use APR1400 reactors instead.

There is currently just one operational APR1400, in South Korea’s Shin Kori plant, with four in construction in the United Arab Emirates and three being built in South Korea.

If the Toshiba-Kepco deal had been completed, it would have delayed the completion of the NuGen project until the late 2020s or early 2030s.

Concerns over the project focused on private sector backing.

Kepco had looked set to assume control of the project to see it through to fruition. Although the original estimated completion date had been 2025, power from the first reactor would most likely not have gone online until the end of the 2020s, with the entire site completed by the 2030s.

But the South Korean firm lost its preferred bidder status in late July after repeated delays in signing a final agreement.

Kepco’s hesitancy in committing to the project stemmed from its wish to find out more about how it would be partially funded by the UK government – which was considering alternative funding models after concerns over the high cost of the Hinkley Point C station construction.

But in September, the Japanese company made 60 staff of its 100-strong NuGen workforce redundant after saying it could not “fund the project indefinitely”.

NuGen said in a statement at the time: “NuGen staff were informed that owing to the protracted period of time it has taken to secure a way forward for the Moorside project, there would be a phased reduction in the headcount within the NuGen organisation.”

On 21 September, NuGen announced it had no “firm plans” to work out an alternative development strategy for its plant after Toshiba officially exited the project.

In a speech at the Cumbria Nuclear Conference in Carlisle, NuGen CEO Tom Samson said he believed the Moorside project could be saved if the government clarified how it will fund new power stations.

But he added the consortium would not abandon the plant and would fight to save it.

“My commitment to Cumbria is that I will fight tooth and nail to find a solution, and indeed a sustainable solution, we can depend upon with real determination to avoid a wind-up of NuGen,” he said.

“The deal with Kepco may still come to fruition, but we cannot just wait for them to make a decision.

“It is essential that this project goes ahead and we therefore have to consider alternative ways forward.”

After reports in 2008 that a deal had stalled with Kepco, Toshiba announced on 8 November that it was winding up NuGen, confirming “it had not been possible to successfully conclude negotiations”.

In a statement, it said: “NuGen has retained a team to support the implementation of a winding-up process and will work with Toshiba and its other stakeholders.

Trade union GMB consistently called for the UK government to scrap the Nuclear Decommissioning Authority – which was set up in 2004 to decommission and clean-up the UK’s civil nuclear legacy – and replace it with a re-tasked Nuclear Development Agency.

This would oversee new projects like Moorside and help to create thousands of jobs and apprenticeships, it said.

Speaking after Toshiba’s announcement that NuGen will be wound down, GMB national secretary Justin Bowden said: “The British government has blood on its hands as the final sad but predictable nail is banged into the coffin of Toshiba’s jinxed jaunt into nuclear power.

“Relying in this way on foreign companies for our country’s essential energy needs was always irresponsible.

“Add to that the multiple opportunities to step in and take control that were missed or ignored.

“In the wreckage that passes for a joined-up UK energy policy, the question now is whether the government has finally learned the mistakes of Moorside?

“The Nuclear Decommissioning Authority must be immediately given a role for nuclear development and tasked with developing a small modular nuclear reactor on site, tapping into the wealth of nuclear experience and expertise in the area and ensuring we have security of supply in years to come.”