Three British-built satellites set to launch with focus on environment

The satellites will be launched using the SpaceX Falcon 9 rocket from Florida, US 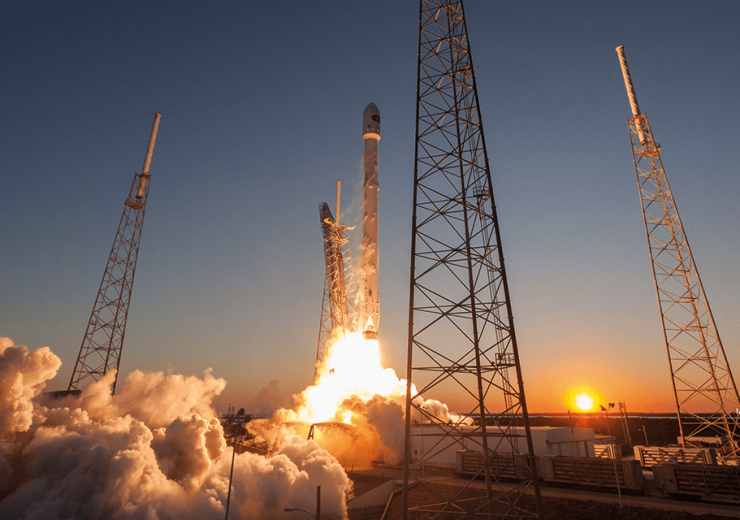 The SpaceX Falcon 9 rocket will be used for launching the three British-built satellites. (Credit: SpaceX)

The UK Space Agency said that three British-built satellites will be shortly launched on a SpaceX rocket for monitoring and tackling climate change and also in tracking endangered wildlife.

The satellites will be launched using the SpaceX Falcon 9 rocket from NASA’s Kennedy Space Center in Florida. They have been supported by a funding of around £15m from the UK Space Agency through the European Space Agency’s Pioneer Partnership Programme.

UK Science Minister Amanda Solloway said: “As we get ready to host the UN Climate Change Conference, COP26, in Glasgow later this year, the UK is leading the way in exploiting space to tackle climate change, developing satellites that enable our world class scientists to monitor the environment in remarkable detail.

“As well as supporting out climate ambitions, these British-built satellites will provide exciting innovation in remote sensing and tracking, kickstarting industry to offer new services that will help to improve all our lives.”

According to the UK Space Agency, two of the satellites have been built by Spire. The satellites will develop optical intersatellite links (ISL) for transforming the way how large amounts of data are transmitted from space to Earth.

The space agency said that the ISL will help constellations of satellites to operate as integrated networks in space. The satellite constellation can thereby provide huge volumes of data at speed to any part of the world, including remote and rural regions, disaster areas, and also at sea.

The UK Space Agency said that the improved data and better predictive analytics will increase the understanding of the environment and the impact humans have on it.

Spire is being backed by the British agency via the European Space Agency’s Pioneer Partnership Programme with a funding of around £9m.

The third British-built satellite to be launched is from In-Space Missions. Likely to launch in 2022/2023, the Faraday Phoenix satellite will have payloads for six customers, which include Airbus, SatixFy, Lacuna Space, and Aeternum.

The Faraday Phoenix satellite is being backed by a funding of £4.9m. It will feature sensors from Lacuna Space, which have been used for monitoring king penguins and wildlife.