As well as developing its own Covid-19 vaccine candidate, the University of Oxford is leading multiple trials to assess treatments for the virus 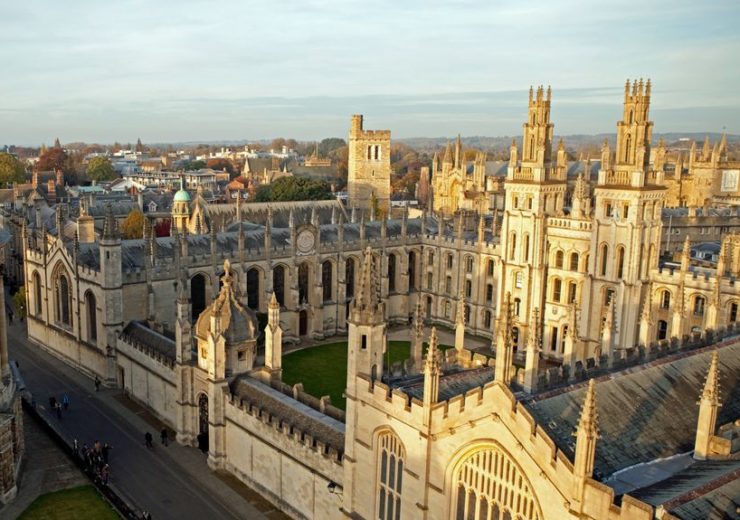 While numerous large pharmaceutical companies and biotech firms have come forward and assisted global endeavours to uncover a Covid-19 vaccine, research teams at the University of Oxford have also placed themselves firmly at the forefront of these ongoing efforts.

Not only is it developing and testing its own vaccine candidate — which pharma giant AstraZeneca has already agreed to manufacture, and distribute, once it passes clinical testing — but it’s now heavily involved in the hunt for an effective coronavirus treatment too.

We take a closer look at how the world’s second-oldest university is contributing to the global fight against Covid-19 on multiple fronts.

Researchers at the University of Oxford began working on a coronavirus vaccine in February, and wasted no time initiating clinical trials of its ChAdOx1 nCoV-19 candidate by enrolling human volunteers the following month.

The university’s researchers developed this potential vaccine by genetically modifying the ChAdOx1 virus — a weakened version of an adenovirus that causes the common cold — and making it impossible for coronavirus to grow in humans.

It entered into the human trial stage on 23 April with two people being dosed on the first day of testing.

In these ongoing Phase I trials, 550 participants are now receiving the ChAdOx1 nCoV-19 vaccine and another 550 participants — the ‘control group’ — are being given a widely-available meningitis vaccine for comparative purposes.

Healthy volunteers between the ages of 18 and 55 are being administered with the vaccine at the university’s study sites across the UK, in London, Bristol, Southampton, and Oxford.

According to a statement made by the university in April, as many as 320 people have already been given the vaccine, and it has proven to be safe and well-tolerated except for some temporary side-effects including a high temperature and headaches.

It also said the timeframe for the study depends on the level of transmission within the control groups — but data on the vaccine is likely to be available in between eight weeks and six months.

With evidence of the vaccine’s effectiveness looking increasingly promising, the University of Oxford has also received two further boosts during May.

The UK government’s business secretary Alok Sharma pledged £84m ($102.8m) of government funding to the country’s ongoing hunt for a vaccine on 17 May — with £65.5m ($80.1m) of this going to the University of Oxford’s research.

And, even more recently, on 21 May, UK pharma giant AstraZeneca agreed a deal with the university securing 400 million doses of ChAdOx1 nCoV-19, with the first deliveries taking place in September 2020 — if the vaccine is successful in clinical trials.

Alongside its industry-leading attempts to uncover a Covid-19 vaccine, the University of Oxford is also heavily involved in the UK’s search for a way to treat the virus.

The RECOVERY (Randomised Evaluation of COVid-19 thERapY) trial is currently testing the effectiveness of lopinavir-ritonavir, a combined medication normally used to treat HIV, and dexamethasone, a steroid that is traditionally used to reduce inflammation in a range of conditions.

The first patients were enrolled on 23 March – the same day the University of Oxford, which is co-ordinating the trials, announced it had received £2.1m ($2.6m) in government funding for the study.

Following these announcements, Peter Horby — a professor of emerging infectious diseases and global health at the university, who is leading the study — said: “There is an urgent need for reliable evidence on the best care for patients with Covid-19.

“Providing possible new treatments through a well-designed clinical trial is the best way to get that evidence.

“Adults admitted to hospital with Covid-19 should be offered the opportunity to participate in this trial and contribute to improving care for everyone.”

In early-April, the university declared the country-wide RECOVERY trials were “well underway”, adding that almost 1,000 patients from 132 hospitals had been recruited, making it the largest randomised controlled trial for potential Covid-19 treatments anywhere in the world.

Definitive results on whether these first sets of treatments are safe and effective are expected within months.

A range of other potential coronavirus treatments are also being considered in the trial — including the antimalarial drug hydroxychloroquine, and azithromycin, which is an antibiotic, and convalescent blood plasma collected from donors who have recovered from Covid-19.

The PRINCIPLE (Platform Randomised trial of Interventions against COVID-19 in older peoPLE) trial has perhaps received less media attention than the university’s other endeavours in fighting Covid-19.

On 13 May, the trial, which will test existing drugs on patients over the age of 50 showing signs of the virus, began recruiting volunteers from homes and communities across the UK — with the intention of reducing hospital admissions as well as halting the spread of the disease.

Initially, the trial will assess a seven-day course of hydroxychloroquine, and the antibiotic azithromycin is set to be added to the study too — both of which are also being considered as part of the RECOVERY trial.

It is being led by the Primary Care Clinical Trials Unit at the University of Oxford, and has already received £1.7m ($2.1m) from UK Research and Innovation (UKRI) and the UK Department of Health and Social Care via the National Institute for Health Research (NIHR).