In an open letter to the European Commission, a group of Indonesian non-state actors have warned of forest destruction, land grabbing, human rights violations and corruption linked to the support of palm oil-based biofuels 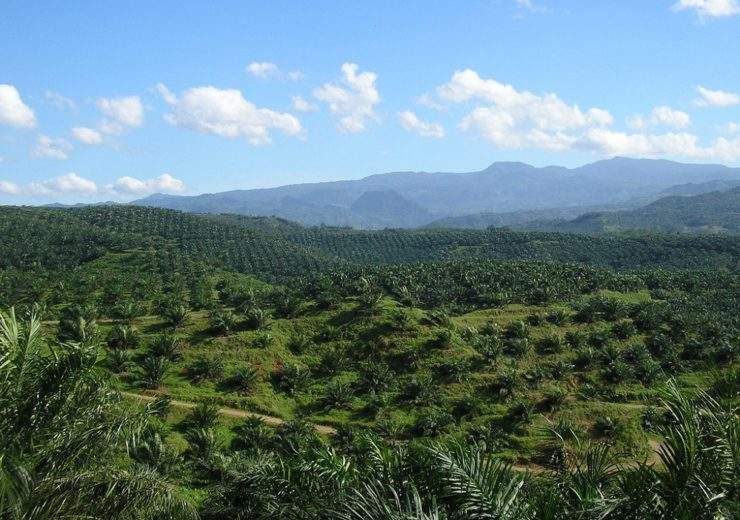 Indonesian indigenous leaders, environmental activists and farmers’ unions have come forward to speak out against the use of palm oil-based biofuels.

More than half of all palm oil imported into Europe is used in biofuels for road vehicles – and Indonesia is one of its main suppliers.

Franky Samperante, founder and director of the Indonesian NGO Yayasan Pusaka, said: “The continued expansion of the palm oil production is responsible for serious human rights violations and forest destruction in Southeast Asia.

“Using palm oil for biofuels is increasing demand for palm oil, and will result in continued destruction.

“The EU should phase out the use of palm oil-based biofuels.”

The EU subsidises palm oil-based biofuels as a “green biodiesel” despite claims the product is three-times worse for the climate than regular diesel, according to Transport and Environment, a federation of NGOs campaigning for cleaner transport in Europe.

The increase in demand in Europe has driven the expansion of palm oil plantations in Indonesia and Malaysia as the resource is a key export – but it has also led to deforestation in these countries.

The letter to the EU Commission states: “The palm oil plantation and industry have indeed destroyed and eliminated forests on a large scale and they continue to destroy forests and peat lands now.

“We have also lost our village lands, our food sources, livelihood, sources of herbal medicine, rare vegetation, as well as our collective ways of life.

“On the ground, we experience conflicts, harassment, criminalisation and human rights violations, the denial of labour rights and socio-economic and environmental problems.

“Our customary territories now suffer long-term ecological disasters, such as droughts, forest fires, water pollution and the decline of fish stocks, loss of food security all of which diminish the quality of life of the local people, especially women and children.”

It adds: “The EU should ensure that renewable energy is only sourced from businesses that are eco-friendly, equitable and respectful of human rights.

“Palm oil-based biodiesel clearly does not meet these principles, as shown by the emergence of various social, economic and environmental problems.”

The letter to EU decision-makers comes ahead of a planned phase-out of “high indirect land-use” biofuel feedstocks, such as palm oil, from 1 February.

However, the Indonesian and Malaysian governments – despite the views of their rural population – are lobbying against the move in the hope that it can be overruled.

Palm oil exports contribute towards about 15% of Indonesian exports and the open letter accuses the government of “serving the interests of financiers rather than the interests of communities and smallholders”.

“Europeans don’t want to burn palm oil in their cars.

“And indigenous communities and smallholder organisations in Indonesia support the end of the unsustainable EU palm oil demand for biofuels.

“It’s about time the European Commission fixes the EU biofuels policy and phases out the use of palm oil in diesel from 1 February.”

Some 82% of people polled by Ipsos were unaware of the fact that diesel fuel has palm oil added to it, while 69% of the 4,500 European citizens questioned wanted the EU subsidies of such fuels to end.

Investigations by organisations such as Greenpeace have linked palm oil production to deforestation, loss of biodiversity, carbon emissions and forest fires.

“To avoid being complicit in this tragedy for the environment and the climate, the EU must ensure that palm oil-based biofuels are not subsidized through its bioenergy policy.”