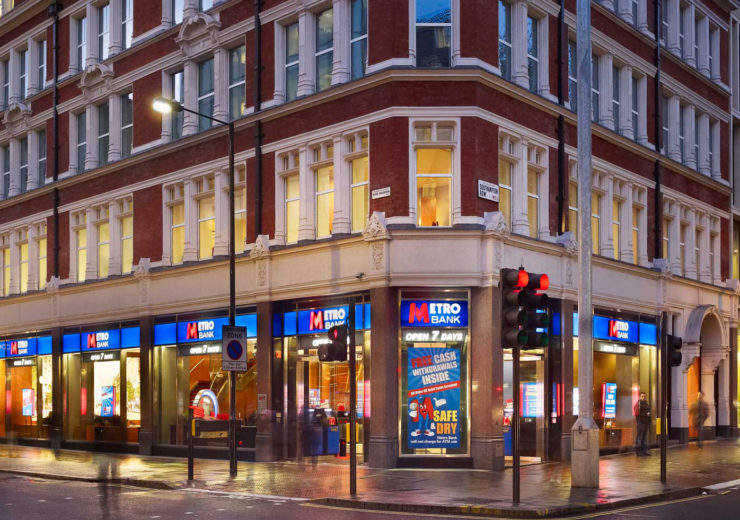 Metro Bank became the first new bank to open a high street branch in 150 years when it launched in 2010 (Credit: Metro Bank)

Metro Bank and First Direct have topped a new league table ranking banks for the quality of their services.

But the Royal Bank of Scotland (RBS) and Clydesdale Bank have fared poorly in the ratings, coming joint bottom.

Both banks have said they are looking to improve their customer service, following the data published by the Financial Conduct Authority (FCA) and Competition and Markets Authority (CMA).

New CMA and FCA rules that came into effect today require banks to publish information on how many customers would recommend them to friends and family – as well as their online, branch and overdraft services.

CMA senior director Adam Land said: “For the first time, people will now be able to easily compare banks on the quality of the service they provide, and so judge if they’re getting the most for their money or could do better elsewhere.

“This is one of the many measures – including open banking and overdraft text alerts – that we put in place to make banks work harder for their customers and help people shop around to find the best deals for them.”

FCA rules will also require banks to publish details on available services, helplines, as well as the number of serious operational and security incidents.

From February next year, this information will include how long it takes customers to set up current accounts and replace debit cards.

Christopher Woolard, executive director of strategy and competition at the FCA, said: “Getting a good deal isn’t just about pricing.

“It’s also important for customers – including individuals and small businesses – to be able to judge the quality of service around their current account and to see whether other providers could offer something that suits them better.

“This information should encourage providers to offer the services that people value.”

One thousand personal account customers from each qualifying bank were surveyed for the first bank league table released today – a total of 16,012 being questioned overall.

The online and telephone bank First Direct and Metro Bank – the first high street bank to open in more than 150 years when it was founded in 2010 – topped the bank rankings.

More than eight in ten Metro Bank and First Direct customers said they would recommend their bank to friends and family.

The same number also approved of online and mobile banking services offered by the two providers.

“Providing services that impress and delight our customers goes to the very heart of who we are and these finding are testament to how far we’ve already come in disrupting British banking and providing customers with the very best banking experience.”

In addition to good online banking approval ratings, the CMA and FCA bank league table ranked Metro Bank as the best in-branch bank, with 84% of customers approving of its services.

Kit Carson, head of banking and fintech at the data analyst firm GlobalData, said: “Plaudits must be given to Metro Bank, which appeared in the top two for each category available.

“With 60 branches a month being closed in the UK since 2015, other providers should take note as Metro’s success demonstrates that success in branch banking and digital banking is not a zero sum game.”

First Direct does not run high street branches, so was not included in the in-branch rankings.

The Royal Bank of Scotland and Clydesdale Bank did not fare so well as new kids on the banking block Metro Bank and First Direct.

As well as finishing joint bottom in the overall service quality rankings, the two banks were ranked in the bottom three for in-branch, online and mobile banking service quality.

Mr Carson said: “The data suggests that the acquisition of Virgin Money by [Clydesdale Bank holding company] CYBG is not before time given Clydesdale’s woeful score of bottom two in each category.

“Whether the Virgin brand can resuscitate this ailing bank, however, remains to be seen.”

The results have prompted both companies to promise improvements to customer service.

“We would like to have ranked higher in the CMA service quality indicators survey results as our customers are at the heart of everything we do.

“We receive customer feedback daily through a number of channels, including online surveys, touch point feedback and in person, and we are continually working to enhance our customer service.”

In a statement to STV, an RBS spokesperson said: “We are aware we have more work to do in order to improve our service standards and deliver a better experience for our customers.

“That is why we are investing in improving the products and services we offer our personal and business customers, whether that’s through launching initiatives such as the UK’s first paperless mortgage or ESME, our digital lending platform for SMEs, which are helping us to deliver better service for our customers.”