Former National Grid CEO Steve Halliday spoke at the ERA Vision 2018 Midlands energy conference about the rise of renewables, decline of fossil fuels and government policy as numerous opportunities and challenges arise in the energy industry for the UK 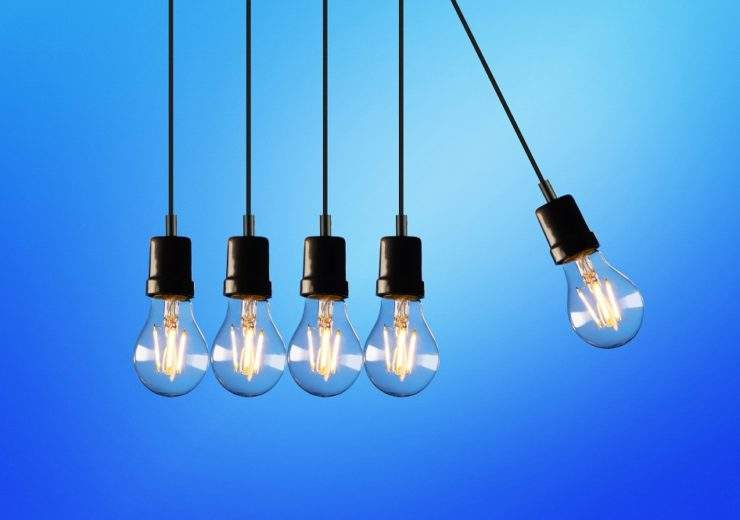 As the world makes a wholesale shift towards renewables, it presents numerous opportunities for scientists and businesses working on new technologies – but there are also plenty of future energy challenges to be confronted.

That’s the view of Steve Holliday, former CEO of the UK’s National Grid, who points to a need for a clear direction on energy policy from government and a plan to tackle a shortage of engineers.

He was one of the keynote speakers at the Energy Research Accelerator programme’s inaugural ERA Vision 2018 Midlands energy conference this week.

Mr Holliday, the incoming president of the Energy Institute, the energy industry’s global professional body, said: “Energy is an amazing place to be right now and the changes are transformative.

“I’ve never seen energy be so pivotal to the challenges the planet and mankind faces.

“But we need transparency, certainty about the direction we’re heading in and a focus on what really matters.

“The industry needs to be way more agile than previously. Ten-year business plans and books providing predictions about the world are gone.

“What comes through to me is leadership in government is needed, people stepping up and taking a brave decision that isn’t just looking for the perfect answer every time.

“If we do that, the economic opportunities for the UK are absolutely enormous. Be bold, be brave and set ambitious targets.”

Mr Holliday – who was speaking on the tenth anniversary of the UK’s Climate Change Act – said the Paris Agreement drafted in 2015 was a huge milestone and achievement to get 195 countries to sign a pledge on combating climate change.

The agreement’s long-term goal is to limit the increase in global average temperature to well below 2C above pre-industrial levels, although the Intergovernmental Panel on Climate Change (IPCC) said the temperature rise must be limited to 1.5C to avoid the most catastrophic effects.

“All the dignitaries have introduced at least one law to address climate change and 139 countries now have a framework law in place,” says Mr Holliday.

“It’s an amazing framework but if we’re going to get anywhere near the 1.5C target, we need to rapidly be making unprecedented changes in all aspects of the way we live, while energy demand around the globe is growing all the time.”

Renewable energy investment on the rise

Global consultancy McKinsey & Company forecasts that electricity demand will rise from 18% of all energy now to 25% by 2050.

Behind this growth is a huge surge in renewable generation that is making decreasing the need for “dirty” fuels like coal.

This was up from 143GW in 2016 and far out-stripping the 70GW of net fossil fuel generating capacity added last year.

Not that everyone was so optimistic about the potential of clean energy.

Mr Holliday said: “People talked ten years ago about whether renewable energy would have any scale and if it would work.

“The technology shift is now hardwired into the global system. We’ve led the charge in the UK but the US and China, in particular, have too.”

The European Union sourced almost 30% of its energy in 2017 from renewables – up from 12% in 2000 – according to a report earlier this year by think tanks Sandbag and Agora Energiewende.

The report stated this was “incredible progress” citing how coal generation was more than twice of wind, solar and biomass just five years earlier.

Globally, the renewables account for roughly one-fifth of energy consumption, with policy institute REN21 saying the figure increased from 18% in 2007 to 22% in 2013.

Growth of wind and solar energy

In February, the World Wind Energy Association reported there was 539GW of wind energy capacity in the world, with 53GW added in 2017.

Denmark set a world record with 43% of its power coming from wind, while Scotland produced enough wind power capacity in October to account for 98% of its energy demand – which could have powered five million homes.

Mr Holliday said the UK was responsible for 40% of the world’s 17GW offshore wind capacity, with Germany (28%) and China (14%) also key contributors.

“The cost of onshore wind has reduced drastically but it’s offshore where there’s real growth,” he said.

“There’s been some unbelievable cost reductions and it’s at last challenging gas and nuclear on a cost basis.”

“No one could have forecast we would have created that much solar capacity in Britain.

“Battery storage will transform the sector again, with huge innovations happening in that space.”

For the first time since the industrial revolution, the UK went a day without coal in April 2017, and this year it managed 12 days in a row.

Mr Holliday believes there’s a “good chance” it will be off the grid before 2025, the date the UK government has proposed for closing all coal-fired power stations.

But the story isn’t the same in other countries, with the US Energy Information Administration (EIA) projecting coal use will remain steady until 2040 as total energy demand increases by 28%.

Rising demand in India and South-East Asia means they are likely to double coal-fired generation by the same year, according to the International Energy Agency, meaning global production could actually increase by 1.5% from 2017.

What are the future energy challenges?

Carbon capture and storage is one of the most pressing challenges facing the energy industry, believes Mr Holliday.

The IPCC calculated about 12 billion tonnes of CO2 will need to be captured and stored after 2050 – the equivalent of about a third of all global emissions today.

“We can’t hit our emissions and climate targets without carbon capture and storage,” said Mr Holliday.

“We have a huge opportunity in the UK, with 70 billion tonnes of potential storage just off our shores.”

He believes the UK government lacks a long-term strategy for the energy industry, highlighting the “trilemma” of three reinforcing trends – decarbonisation, digitisation and decentralisation.

“It feels like a Catherine wheel, where it clicks around every six month with something else becoming a government priority,” he said.

“All three of those are important and shouldn’t just be flavour of the month.”

Future energy challenges are a long way down the list of priorities during Brexit negotiations, he observed, despite a huge reliance on the EU for importing and exporting fuels.

Mr Holliday added: “Thinking we can go on our own in energy would be a huge mistake.”

Intervention in energy market could be dangerous

The Labour Party unveiled bold plans in September for almost all homes and businesses in Britain to be powered by wind, solar and nuclear by 2030 and go further than the current 2050 goal to cut emissions by 80% with a zero emissions target in the same timeline.

But suggestions it could seek to achieve these goals and lower prices for consumers by nationalising much of the energy industry cause concern for Mr Holliday.

He said: “There seems to be a growing appetite for intervention but we need to be careful.

“The argument that it puts the interests of consumers first is folly because it always drives up costs for consumers in the long run.

“We need a shift to a high-level coordinator, as opposed to a regulator, setting goals and targets.”

He urged the government to be “brave” with incentives for renewables, saying they make a big difference when markets aren’t delivering and can help hold the industry to account for the things it must deliver.

Like technology and healthcare, the energy industry is suffering from a lack of talent due to the decreasing popularity of STEM (science, technology, engineering and maths) subjects at school.

The Engineering UK 2018 report said there was a 22,000 annual shortfall of graduate-level engineers.

Mr Holliday believes attracting more female talent could be key, with women making up 11% of the engineering workforce.

He said: “How do we get more girls doing physics at school and engineering at university?

“Last year, 8% of engineering apprentices in the UK were female. It’s paltry and the pace of change is glacial.”