Analytics company GlobalData estimates the US needs an extra 75,000 ventilators to cope with demand caused by the coronavirus outbreak 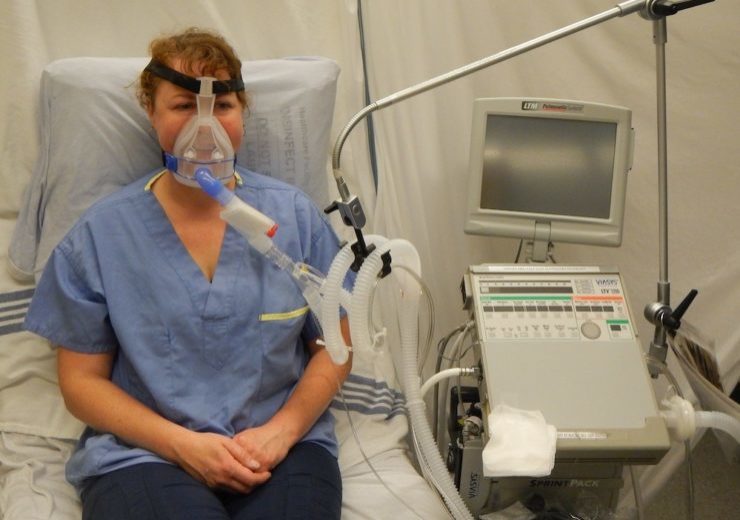 It’s estimated that the National Health Service (NHS) needs at least 30,000 machines to cope with the upsurge in Covid-19 patients in the UK (Credit: Wikimedia/Dr James Heilman)

About 880,000 more ventilators will be needed to deal with the demand caused by the coronavirus outbreak globally, according to new analysis.

Analytics company GlobalData estimates the US needs about 75,000 ventilators, while France, Germany, Italy, Spain and the UK collectively require 74,000 devices to make up the gap.

It’s estimated that, of the Covid-19 cases occurring worldwide, about 10% of patients need ventilators.

“All ventilator manufacturers have full order books and hold little in stock – receiving orders not only from regular customers such as hospitals, but also directly from governments.”

What are governments doing to plug the global ventilator demand during coronavirus pandemic?

In order to plug the gap, the UK government has turned to manufacturers from other industries, such as automotive and aerospace, to produce ventilators.

The Department for Health and Social Care issued specifications to companies that have registered an interest – which include Jaguar Land Rover and Airbus – for the “minimally acceptable” rapidly manufactured ventilator systems they could produce.

It says devices must be able to keep working 100% of the time for at least 14 consecutive days.

The ventilators must also be small and light enough to fix to a hospital bed, but robust enough to be able to survive falling from a bed to the floor.

Alongside this, it should be able to connect with hospital gas supplies and needs at least 20 minutes of back-up battery power in case of a mains electricity failure.

The ventilators also need to be intuitive to operate, requiring no more than 30 minutes of training for a medical professional who already has some ventilator experience.

In the US, hospitals have between 160,000 and 172,000 ventilators, many of which are already being used by patients suffering from other issues.

A recent estimate from the Society of Critical Care Medicine said 960,000 people may need to put on ventilators due to the Covid-19 outbreak.

On 22 March, the FDA gave car manufacturers Ford, General Motors and Tesla the go-ahead to make the devices to alleviate the shortage after relaxing regulations.

A few days later, Tesla CEO Elon Musk announced the company had bought 1,255 ventilators from China for use in the US.

Engineers in Italy have sought to combat its ventilator shortage by turning snorkeling masks into breathing equipment.

Developers from 3D printing company Isinnova – based in the northern city of Brescia, which has been badly hit by the pandemic – designed a component to connect a Decathlon snorkeling mask to a breathing machine.

According to two engineers working for the firm, the apparatus has been successfully tested on a patient.

Alongside this, the Italian government has called upon its military to help the country’s only ventilator manufacturer to increase production of its devices.

The short-term goal for Siare – which is one just four ventilator manufacturers in Europe – is to double its production to at least 500 devices a month.

Alongside the volume of ventilators being a concern in the supply chain, the lack of trained operators could also be a critical stumbling block.

According to a medical devices industry leader who Deng spoke to, “inadequate orientation and training are the root cause of many patient safety issues, including failure to appropriately respond to alarms”.

Patients who require mechanical ventilation are kept in intensive care units, where doctors – who have had years of post-medical school training – remain close by.

Once patients are ventilated, they receive personal bedside nurses.

Wards also have critical care consultants, with the normal guidance stating the consultant-to-patient ratio “should not exceed a range of between 1:8 to 1:15”.

According to the Health Service Journal, NHS trusts trusts in England have been told to plan for one critical care consultant per 30 patients, supported by two middle-grade doctors.

Deng said: “To deliver safe and appropriate patient care, healthcare providers need to achieve a thorough understanding of the mechanism of ventilation and operate equipment correctly.

“In many instances, insufficient training and education result in ineffective use of the devices and greatly threaten patient safety.”