Manufacturers from the automotive, aerospace and alcohol industries are among those to help plug global shortages 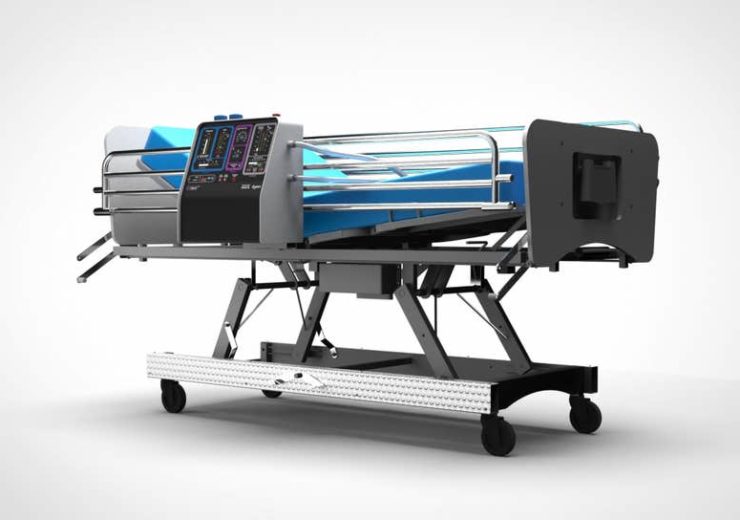 Dyson has designed a new type of ventilator (Credit: Dyson)

It’s no secret there’s been a huge shortage of key medical supplies including ventilators, face masks and hand sanitiser during the Covid-19 pandemic – with companies from a wide range of industries stepping in to help out.

Analytics company GlobalData estimates worldwide demand for ventilators alone stands at about 880,000 machines, while stocks have also long run out for the other supplies that help to prevent the spread of the deadly coronavirus.

The respiratory disease had infected at least 730,000 people – with many more predicted to have caught the illness without being tested – and killed almost 35,000, as of 30 March.

It’s also caused near-complete shutdowns of economies, with automakers like Volkswagen, Toyota, Hyundai and Honda closing factories to protect workers during the pandemic.

But like during wartime – when industrial titans like General Motors, Ford and Chrysler helped to produce airplanes, trucks, tanks, marine diesels, guns and shell – industry is being mobilised and companies across the world are helping to plug shortages for ventilators and other life-saving equipment.

Analytics company GlobalData estimates there are 880,000 ventilators in demand globally, given that 10% of patients infected by Covid-19 will require the respiratory support machines.

And while many specialist medical ventilator manufacturers have ramped up production, a host of car companies have stepped in to help plug the shortage.

General Motors, Tesla and Ford have all pledged their support to offer resources in the US, where regulations have been relaxed by the Food and Drug Administration (FDA) to plug the shortage of an estimated 75,000 devices.

Tesla, meanwhile, will partner with US medical technology giant Medtronic to make ventilators at its gigafactory in Buffalo, New York, which usually makes solar PV cells.

In Britain, aerospace multinational Airbus has led the Ventilator Challenge UK consortium, which brings together rival manufacturers from a range of industries in a unified national effort to increase the number of ventilators in the NHS from 8,175 to 30,000 within weeks.

These companies are expected to waive any profits but it secures continued employment for their staff at a time when many of them have otherwise shut down production.

It took fewer than 100 hours from the initial meeting to produce the first device, which has gained NHS approval.

Mercedes said half the patients given CPAP in Italy have avoided the need for invasive mechanical ventilation, but have been in short supply in UK hospitals.

Professor Rebecca Shipley, director of the UCL Institute of Healthcare Engineering, told the BBC: “Normally medical device development would take years but we’ve done that in days because we went back to a simple existing device and “reverse engineered” it in order to be able to produce them quickly and at scale.”

While the majority of manufacturers will use existing designs to build ventilators, Dyson plans to develop a new version of the machine.

The company, which is better known for its innovation in bagless vacuum cleaners and hand dryers, will work alongside The Technology Partnership – a group of British scientists and engineers aiming to drive innovation – to develop its new system, called The CoVent.

Founder Sir James Dyson has said the new system, which is designed to address the specific needs of Covid-19 patients, can be manufactured “quickly, efficiently and at volume”.

Dyson has already begun work at the RAF Hullavington technology campus after receiving an initial order of 10,000 units from the UK government and will donate another 5,000 to the international effort.

In a letter to staff, Sir James said: “Ten days ago the UK government requested a design for a ventilator that was safe, effective, efficient in conserving oxygen, easy to use, bed-mounted, portable and not needing a fixed air supply.”

He added that CoVent “meets the clinician-led specifications, to address the explicit clinical needs of COVID-19 patients.”

But there have been questions over whether it will be able to build them quickly enough while meeting regulatory standards.

With the coronavirus spreading particularly easily through people touching surfaces, hand sanitiser is crucial to stopping it in its tracks.

It’s also required to protect healthcare workers when caring for infected patients but the huge demand has created a global shortage – meaning a wave of companies have entered a market traditionally dominated by the likes of Dettol in the UK and Purell in the US.

Petrochemicals giant Ineos, Britain’s biggest company by sales, has stepped in by drawing up plans to open a new plant just outside Middlesbrough, in north-east England, which will be capable of producing a million bottles of hand sanitiser per month. This will be replicated with another factory in Germany.

The company, which hopes to have the UK plant open by the first week of April, will make both large push-dispenser bottles that will be supplied to NHS hospitals for free and small pocket-sized bottles for sale through supermarkets and pharmacies.

It has also increased production of ethanol and isopropyl alcohol – which will be used in hand sanitiser – at existing plants in Scotland and Germany.

Announcing the plans, founder and chairman Sir Jim Ratcliffe said: “Ineos is a company with enormous resources and manufacturing skills.

“If we can find other ways to help in the Coronavirus battle, we are absolutely committed to playing our part.”

Given that the Centers for Disease and Control Prevention says sanitisers need to contain between 60% and 95% alcohol to be effective at killing microbes, breweries and distilleries are also playing a key role in retooling production for the Covid-19 pandemic.

Scottish craft beer brand BrewDog diversified its operations in March by unveiling Brewgel Punk Sanitiser, which will be given away for free to charities and an Aberdeen hospital rather than sold.

President Trump has praised the role of Pernod Ricard SA, the French spirits empire behind brands like Absolut vodka and Jameson Irish whiskey, which has begun making about 5,700 gallons of hand sanitiser each week at distilleries in the US.

North America vice-president Melissa Hanesworth, who came up with the idea for her company, told MarketWatch: “The trick to making hand sanitiser is that you have to denature it so people don’t consume it, which is the opposite of what we do.”

Gucci has pledged to transform production lines usually reserved for luxury clothing to make more than a million masks, while Prada – whose joint CEOs have donated money to build two intensive care units in Milan – wants to have 110,000 masks ready by 6 April.

Dior and Louis Vuitton parent company LVMH, which is also helping the hand sanitiser effort, said it will supply French authorities with more than 40 million face masks sourced from China within a matter of weeks.

Smaller brands have helped in the US, including Christian Siriano, Collina Streada, Hanes and LL Bean, but there have been questions asked about the absence of larger fashion names in both America and the UK.

The face mask effort hasn’t just been fronted by clothing companies, though.

Car brand Fiat Chrysler Automobiles (FCA), which is helping with the ventilator effort, announced it will manufacture and donate more than a million protective masks per month once production capacity was installed at the end of March.

They will initially be distributed in the US, Canada and Mexico to police, firefighters and workers in hospitals, healthcare clinics and ambulances.

CEO Mike Manley said: “We’ve marshalled the resources of the FCA Group to focus immediately on installing production capacity for making masks and supporting those most in need on the front line of this pandemic.”