The rise of BrewDog: From a Scotland stall to stalling industrial beer 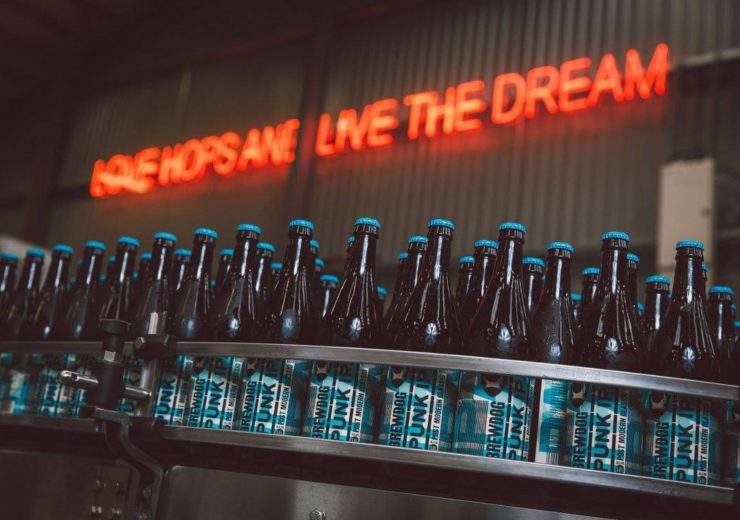 BrewDog is the brewery behind the popular Punk IPA drink (Credit: BrewDog Facebook)

Pulling out of a deal with a US beer company because it wanted to provide free drinks to Donald Trump supporters is only the latest chapter in the incredible rise of BrewDog.

The Scottish craft brewer had planned to host a series of events at bars throughout the UK with Scofflaw, but co-founder James Watt bemoaned his would-be partner for saying those behind the US president could get “beered up redneck-style free of charge”.

Taking to Twitter, he said: “The Scofflaw release was announced without our knowledge or consent.

“We are in no way aligned with their position and we will of course be cancelling all the events and sending all of the beer back.

“We care about beer and people. Not hate.”

It’s a decision based on principle over profit, which has been something of a defining characteristic in the Aberdeenshire-based brewer’s history.

Here we chronicle the rise of BrewDog – from a mobile, two-man-and-a-dog stall to an international, trend-bucking powerhouse.

The rise of BrewDog: Two men and their dog

In April 2007, then-24-year-olds James Watt and Martin Dickie, with the support of their dog, started their company to provide an alternative to the industrially-brewed lagers and ales, which were dominating the UK beer market.

The pair got to work find the money to build their own mobile stall, and began brewing small batches of beer and hand-filling bottles to be sold at local markets in Fraserburgh.

One genuine bottling machine and a year later, the duo had grown the company to comprise eight employees and created the UK’s strongest ever beer, 18.2% Tokyo, which led to an influx of media attention and thirsty pallets.

After securing deals to export its drinks across the pond and to Sweden and Japan, BrewDog became the largest independent brewer in Scotland after only two years in business.

The rise of BrewDog: Equity for Punks

By 2009, BrewDog was the fastest-growing alternative beer brand in the UK, and its Punk IPA was the top-selling IPA in Scandinavia.

The company had 24 employees, more than 1,000 shareholders and one problem – its Fraserburgh brewery was too small to contain the tanks it needed to meet the demand of its growing customer base.

To solve this dilemma, James and Martin launched Equity for Punks, an initiative that allowed the public to purchase shares in the brewer online – a move that quickly attracted 1,300 eager investors.

During one of the most economically turbulent periods in British history, BrewDog grew by 200% as it reinvented the UK’s beer scene with its eclectic business approach that included smashing crates of industrial beer and ageing its drinks on the deck of a fishing boat.

The rise of BrewDog: A brewer with a bar

BrewDog opened its first craft beer pair in James and Martin’s hometown of Aberdeen in 2010, and soon after picked up the Gold Medal for Hardcore IPA at the World Beer Cup, while James was named Scotland’s youngest ever entrepreneur of the year in the Great British Entrepreneur of the Year Awards.

Continuing its eccentric trademark, it then brewed a beer that comes packaged in roadkill, which is original if nothing else.

By 2011, three more BrewDog bars opened in Edinburgh, Glasgow and Camden, London, where James and Martin announced their arrival by driving down the street in a branded tank.

Another year of 200% growth saw the company brew a beer at the bottom of the ocean, dispense drinks from a deer’s head and establish an eco-brewery.

BrewDog then raised another £2.2m worth of investment from 5,000 new shareholders by launching Equity for Punks II.

The rise of BrewDog: Turning five and spurning the industrial jive

BrewDog’s new eco-brewery in Ellon, Aberdeenshire, was completed in 2012, and solidified the realisation of James and Martin’s now five-year-old journey.

Revenues grew by 95% as the company was awarded the Fastest Growing Company in Scotland award and featured in The Sunday Times Fast Track 100 as the fastest-growing food and drink company in the UK.

The company’s US TV show, BrewDogs, aired for the first time, and it opened its first bar overseas in Stockholm after hosting a “funeral” for generic beer in the city.

The rise of BrewDog: ‘Assault on humanity’

The brewery’s self-proclaimed “assault on humanity” grew exponentially in 2014, with the launch of 12 new bars in locations around the world including Brazil and Japan.

Elvis Juice, Albino Squid Assassin, Jet Black Heart, Born to Die. These are not the names of alternative rock bands – they’re just a handful of the 82 beers the brewery launched in 2016.

And last year, to mark its ten-year anniversary, it launched The Unicorn Fund – a pledge to give 10% of its profits to its crew and another 10% to charity every year.

The rise of BrewDog: Where is it now?

This year, BrewDog made Equity for Punks available for investment on Crowdcube – the UK’s leading crowdfunding platform – with shares costing £23.75 each and the company aiming for a total investment target of £22m.

It capped off the summer the month before by opening DogHouse in August – the world’s first hotel to offer guests a night’s stay inside a brewery.

Based in Columbus, Ohio, and with 32 bedrooms, it offers an in-depth look at the brewing process and the history of craft beer – while guests are given a complimentary beer when checking in.

It was first announced in March last year with a crowdfunding campaign that aimed to raise $75,000 (£58,000) in 30 days to pay for its construction.

This target was surpassed and the brewer secured more than $300,000 (£230,000) for the hotel – with the initial backers receiving first access to room reservations.

In September, the brewer expanding its already sprawling global presence with its first Icelandic bar in the country’s capital of Reykjavik.

This has brought its total revenue up to £78m – 55% higher than this time in 2017, with its bar division up 92% – and the sky appear’s the only limit for the Scottish brewer.