NASA has selected Astrobotic Technology of Pittsburgh, Pennsylvania and Lockheed Martin of Littleton, Colorado for $6.2m each and Honeybee Robotics of Brooklyn, New York for $7m to deploy solar array systems near the Moon’s South Pole 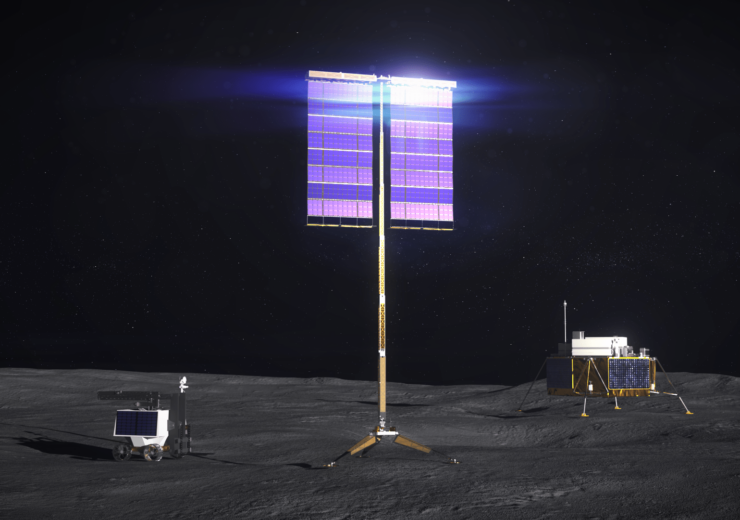 Vertical solar arrays, pictured in this illustration, will help power exploration of the Moon under Artemis. (Credit: NASA)

NASA has awarded a total of $19.4m to three companies to further advance the development of deployable solar array systems that will help power the agency’s robotic and human lunar exploration under Artemis.

The US federal space agency has selected Astrobotic Technology of Pittsburgh, Pennsylvania and Lockheed Martin of Littleton, Colorado for $6.2m each and Honeybee Robotics of Brooklyn, New York for $7m.

The three companies are expected to create prototypes and carry out environmental testing, with the mission of deploying one of the systems near the Moon’s South Pole by the end of this decade.

According to NASA, the designs must minimise mass and stowed volume to help with the system’s delivery to the lunar surface, while also remaining stable on uneven terrain and resisting abrasive lunar dust.

The existing solar array structures are constructed to be used in microgravity or to deploy horizontally. The vertical alignment and height of the new designs are expected to aid in preventing power loss at the lunar poles where the Sun does not rise very high above the horizon.

NASA’s Space Technology Mission Directorate (STMD) director of technology maturation Niki Werkheiser said: “These prototypes will provide promising solutions for reliable power sources on the Moon, which are key to the success of almost anything we do on the surface.

“This exciting effort plays a critical role that will quite literally help power our Artemis exploration in the uniquely challenging environment of the Moon’s South Pole.”

NASA’s Artemis missions will send people back to the Moon and establish a long-term presence close to the lunar South Pole.

As per the agency, the Artemis mission will require a reliable, sustainable power source that can be attained through the development of vertical solar arrays that can autonomously deploy up to 32ft high and retract for relocation if necessary.