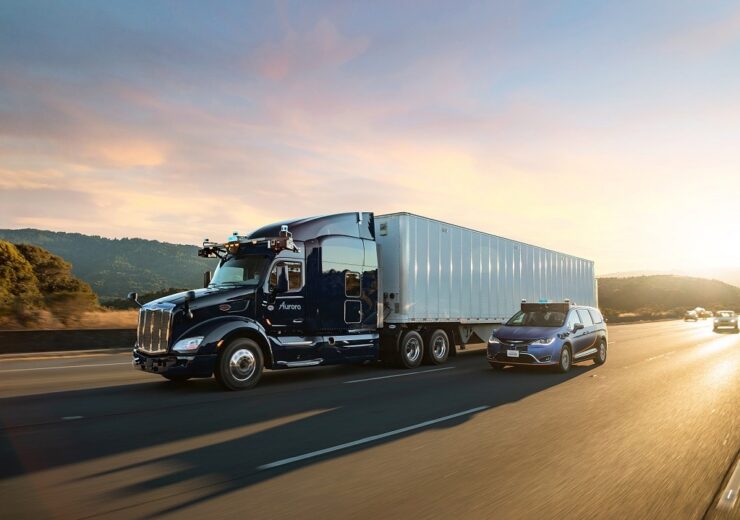 The vehicles will be equipped with Aurora's driverless technology. (Credit: Aurora Innovation Inc.)

Aurora has announced a partnership with Toyota and automotive supplier Denso to build and deploy self-driving vehicles at scale.

Under the collaboration, engineering teams of the Toyota and Aurora will work together to develop and test driverless-capable vehicles.

The vehicles will be equipped with the Aurora Driver, which is a driverless technology developed by Aurora.

The partnership will start with the development of the self-driving Toyota Sienna minivans.

Toyota and Aurora plan to design, build, and begin testing an initial fleet of the Siennas by the end of 2021.

“They’re also the preferred vehicle brand for transporting riders on ride-hailing networks, so we’re excited and honoured to work with them to unlock driverless mobility services with the Aurora Driver.

“Our development work on highway driving to support our first commercial product, a driverless truck, will also be critical for safely moving people, as a significant fraction of ride-share bookings today require the ability to drive over 50 mph.”

The partnership is expected to lay the groundwork for the mass-production and launch of the self-driving vehicles with Toyota on ride-hailing networks, including Uber’s.

As part of the long-term initiative, Aurora plans to explore the mass production of key autonomous driving components with Denso.

In addition, the company intends to work out a services solution with Toyota for the vehicles, including financing, insurance, maintenance, and others.

In 2019, ATG was spun out from Uber after it secured $1bn in funding from Toyota, Denso and SoftBank’s Vision Fund.

As a result of the transaction, Toyota now owns a minority stake in Aurora, which is backed by Amazon and Sequoia.

The Aurora Driver platform developed by the company integrates software, hardware and data services to operate passenger vehicles, light commercial vehicles, and heavy-duty trucks across a range of applications.