What is the Wi-SUN Alliance? Creating a ‘Wi-Fi for smart energy grids’

Street lighting, power distribution controls and smart meters could all be connected across a city using an industry standard that has been compared to Wi-Fi but for large-scale infrastructure 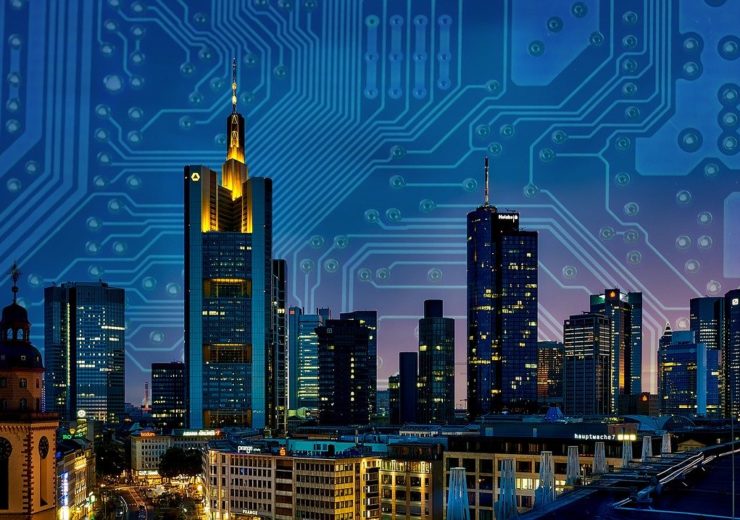 Smart cities and energy grids could be a central feature of metropolitan areas in the near future, but standardising the communication technology underpinning them is a crucial first step – something the Wi-SUN Alliance is aiming to achieve.

The global non-profit association of industry-leading companies is on a mission to drive the worldwide adoption of wireless technology for use in smart cities, smart grids, smart utilities and other large-scale and outdoor internet of things (IoT) applications by creating an accepted standard that is interoperable.

In a similar manner to how Bluetooth can be used to connect any cordless devices to each other at short distances and Wi-Fi links them up with local networks, Wi-SUN could soon be the routine method for connecting street lights, smart meters and renewable energy resources within the modern-day urban area.

CEO and president Phil Beecher, who played a key role in the development of Bluetooth and Wi-Fi as communications standards, says: “The key thing for us is the interoperability. If you think about Wi-Fi, it just works, but the history of it wasn’t smooth.

“The first standard wasn’t interoperable – we were locked into a single vendor but the Wi-Fi Alliance came in to create a standard and brand that allows us to connect enterprise and personal devices.

“We can go anywhere and expect it to just work – and that’s now what we want to do for smart utilities and smart cities with Wi-SUN.”

What is the Wi-SUN Alliance? A brief background and why it’s needed in smart cities

While the top 600 urban centres generate 60% of the global GDP, according to IoT research group Postscapes, cities use between 60% and 80% of the world’s annual energy needs – with lighting alone representing 19% of the total global electricity consumption.

It has resulted in a growing emphasis “smart cities” – a concept defined by networking hardware giant Cisco as a city that adopts “scalable solutions that take advantage of information and communications technology to increase efficiencies, reduce costs and enhance quality of life”.

This involves real-time urban informatics that use sensors to measure aspects such as pollution levels, wildlife counts, water and electricity consumption, structural health of buildings, traffic information and fuel efficiency.

With so much data being exchanged between an ever-growing number of wireless IoT devices – there are expected to be between 20 billion and 30 billion by the early 2020s, worth about $5tn, and a trillion connected devices by 2035 – strong and secure connections are required.

This is where the Wi-SUN Alliance comes in. Formed in 2012 by a group of industry leaders to drive the adoption of interoperable smart utility networks, it creates communications layer specifications based on open standards set by a range of organisations including the Institute of Electrical and Electronics Engineers, Internet Engineering Task Force and European Telecommunications Standards Institute.

Its role is to develop a robust testing and certification programme to guarantee that products from different manufacturers implementing the Wi-SUN specification work in conjunction with each other like they do in Wi-Fi and Bluetooth-enabled products.

Speaking to journalists during a tour of the City of London’s smart street lighting project – which is adopting Wi-SUN functionality to integrate devices like traffic, parking and environmental monitoring on to the network – Beecher says: “We were formed to take products based on a standard and move towards interoperability.

“Street lights, smart meters, electricity distribution and EV charging can all be part of the same network.

“While Wi-Fi is for the home and office to connect devices about 10 metres away, Wi-SUN is for large-scale IoT, where devices might be several kilometres away from each other.”

Which products are in the Wi-SUN Alliance?

About 180 products worldwide have been certified by the Wi-SUN Alliance to date.

Many are these connect smart meters to home energy management systems, and there are more than 95 million Wi-SUN-capable devices worldwide in total.

Good examples of its deployment can be found in Tokyo, where there are an estimated 29 million smart meters connected by the same technology, and the 500,000 streetlights that are linked up in Miami via a Wi-SUN-supported network.

In 2018, the alliance launched its field area networks programme, which defines a communications infrastructure for large-scale outdoor networks – particularly for use by utilities, cities and service providers to simplify smart cities, smart utilities and other IoT roll-outs.

It highlights four key areas in which it has applications and gives examples:

Structural health monitoring – monitoring the integrity of buildings and bridges;

Agriculture – monitoring the temperature and humidity in greenhouses.

Benefits of the Wi-SUN Alliance’s standard

The alliance, which has its head office in San Ramon, California, now has more than 250 members across 27 countries, and has grown its global membership base by 60% over the past year.

Among these are high-profile companies like Cisco, Toshiba, Itron, Landis+Gyr, Omron and Trilliant, which can call on improved efficiency and quality by using the standard. Eight firms are also involved in independently testing devices to ensure they meet its requirements.

The main benefits outlined by the alliance are:

Scalability – With tens of millions of endpoints connected reliably using a Wi-SUN network, the alliance says this demonstrates the technology’s ability to achieve the ubiquity and scalability demanded by many IoT service providers;

Resilience – The alliance claims Wi-SUN networks offer resilience against faults and interference, such as being difficult to disrupt through a denial-of-service (DDoS) attack;

Adaptability – Wi-SUN adapts to the landscape and environment as it evolves so the network can re-route around a high-rise building or optimise routes for data transmission.