Under the expanded partnership, Vodafone will become the anchor customer of CityFibre throughout the UK 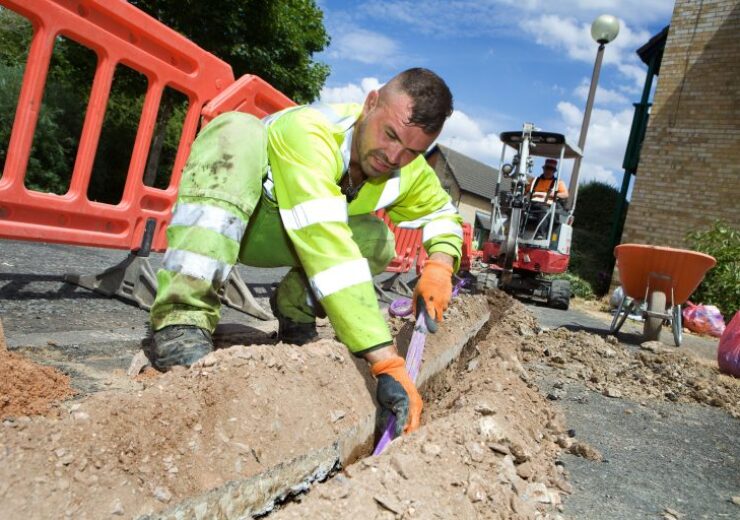 Vodafone has expanded its partnership with CityFibre with an objective to deliver full fibre broadband to more than eight million homes in the UK, from Bradford to Portsmouth, by April 2022.

As per the latest deal, the telecommunications company will become CityFibre’s anchor customer. The deal is said to enable long-term, volume commitments across the entire eight million home rollout of CityFibre as part of its £4bn investment programme.

CityFibre chief executive Greg Mesch said: “Through our strategic partnership, Vodafone has made a powerful decision to back CityFibre and help establish wholesale infrastructure competition for the UK.

“Thanks in large part to its continued support, CityFibre has now emerged as the nation’s leading independent Full Fibre platform, with the best wholesale products, attractive economics and a network scaling rapidly across the UK.”

According to Vodafone, the rollout by CityFibre will deploy dense full fibre infrastructure across 285 cities, towns and villages in the UK by 2025. It will support the development of a new national access network, which Vodafone believes will make it convenient and quicker for it to launch its full fibre services to market.

The deal adds to a partnership agreed by the parties in 2017 under which Vodafone agreed to market ultrafast consumer broadband services across a million home footprint of CityFibre in 12 cities.

The telecommunications company claimed that it will become the largest provider of full fibre in the UK following its partnerships with Openreach and CityFibre.

Vodafone had entered into a deal with Openreach in 2019 to make its full fibre broadband available to customers in Birmingham, Bristol, and Liverpool on the fibre-to-the-premises (FTTP) network being built by Openreach.

Vodafone UK consumer director Max Taylor said: “Consumers need competition in the broadband space, and we’re committed to delivering that. Our partnership approach allows us to bring full fibre to more homes than any other provider, ensuring families have more choice and more competitive pricing than ever before.

“We’re set to become Britain’s largest full fibre provider, and we’re making the fastest broadband, with a premium package of features and benefits, even more accessible than ever with this great new offer.”