The two-pillar solution agreed at the G7 meeting in 2021 intends to redraw the international rules around tax. How will this affect the global tax environment? The EU Tax Observatory's director of research explains. 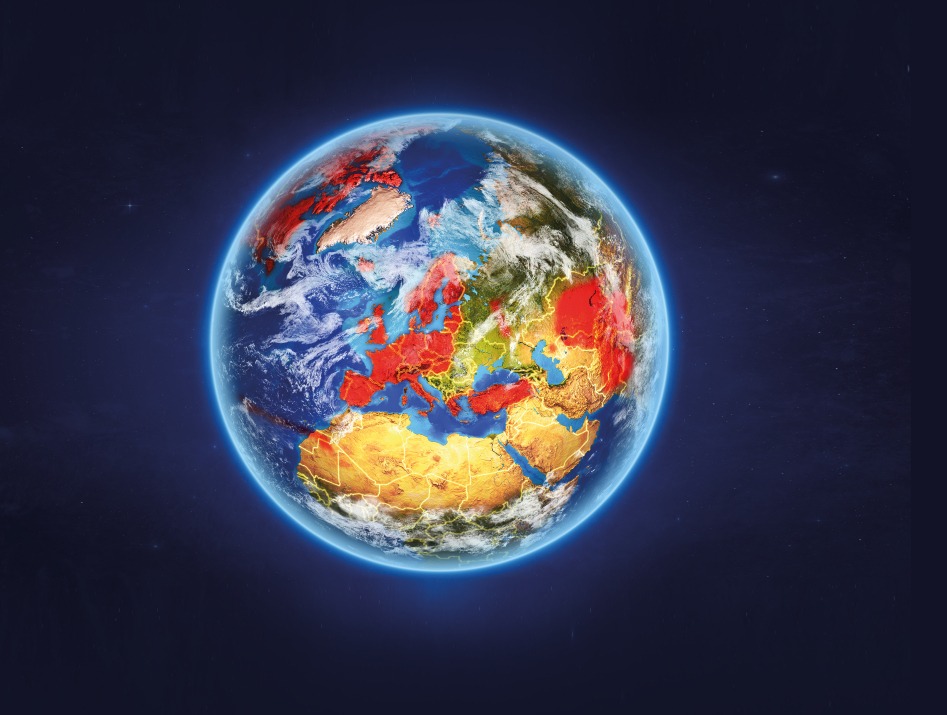 The world’s leading economies have agreed a historic deal to ensure multinationals pay more tax – a move the OECD says will “level the playing field” across the globe. One way or another, in fact, the deal will alter the way multinationals pay tax and shape the global tax environment for years to come.

Lynette Eyb discusses the significance of the agreement with Panayiotis Nicolaides, the EU Tax Observatory’s director of research.

It was the big-ticket item of the G7 meeting in Cornwall in June – a deal that would transform the international tax landscape and ensure multinationals paid their fair share of tax.

The deal – known officially as the ‘Two-Pillar Solution to Address the Tax Challenges Arising from the Digitalisation of the Economy’ – falls under the umbrella of the joint OECD/G20 Base Erosion and Profit Shifting Project. It was approved by G20 finance ministers in July, and is scheduled to come into force in 2023.

The agreement is intended to redraw the international rules around tax, giving countries a more equitable share of profits from around 100 of the world’s most profitable companies regardless of where they’re headquartered.

Where they do business – and where they make their money – will instead be what matters. The agreement is based on two central pillars. The first applies to companies with global annual revenue of at least €20bn and profitability above 10%.

It links taxation to revenue irrespective of a company’s physical footprint. The agreement states that 20–30% of residual profits should be reallocated to jurisdictions where money is made, or its customers are located.

The second pillar looks to stamp out tax havens by putting a minimum ‘floor’ of 15% on corporate tax. It’s intended to target multinationals with consolidated revenue of more than €750m. The pillar provides jurisdictions with the right to impose ‘top-up’ taxes on a company if a primary jurisdiction has not fully exercised those rights.

A “tectonic shift” in geopolitics

The deal follows years of wrangling at OECD and G20 level over how to level the cross-border taxation playing field. Pressure for a resolution had intensified in recent years, after European countries threatened to impose a digital tax on multinationals.

Panayiotis Nicolaides, director of research at the EU Tax Observatory, says the breakthrough came after the election of Joe Biden as US president – a “tectonic shift” that saw a renewed appetite for change after global efforts stalled during the Trump era.

“What we saw during the Trump administration was a reluctance by the US to negotiate a deal because it was perceived to be against the interests of American multinationals,” says Nicolaides. “What the Biden administration did was go back to the negotiating table and try and unlock the deal.”

The result was a G7 agreement that subsequently triggered G20 and OECD negotiations. It represented a coup for the Biden administration, not only on a geopolitical leadership level but also economically.

Nicolaides says the deal is closely aligned to American interests, giving the government a larger share of US company taxes that are currently being spread elsewhere. It should also see the European digital services tax – which would have hit US tech giants – dumped.

The agreement represents a belated attempt to drag the tax system into the age of globalisation. “One hundred years ago, when the original treaties were negotiated, they did not take into account businesses that now operate in a globalised world where they can have production in one country and sell products in another,” Nicolaides explains.

“It’s much easier now for firms to have markets everywhere in the world while booking profits in different countries. What this deal is trying to establish are new taxation norms where these new forms of production are taken into account.”

While the deal may have been brokered by the top seven economies, it was never going to function without wider buy-in. Key to its success so far has been the signatures at the OECD level, encompassing over 130 countries and jurisdictions, and representing over 90% of global GDP.

That, says Nicolaides, is enough to give it the teeth it needs to be workable regardless of whether a few low-tax outliers continue to hold out.

“Once you have 100 countries signing, or the bigger countries being part of the deal, you have a shift in norms such that it makes it very, very hard for countries not to be part of it,” says Nicolaides, citing a hypothetical corporate tax scenario whereby a multinational doing business in Germany is based
in a so-called tax haven.

“The treaty creates a right for Germany to say to this multinational company, ‘OK, you must pay in Germany the additional five or 10% you are not paying in the other country’.”

Nicolaides concedes the measures may not necessarily cancel tax competition altogether, but they would reduce their appeal and halt what he calls a “race to the bottom”.

The need for international cooperation

The finer points of how the deal will work in practice – and its various rules, exclusions and scopes – were still being ironed out at the time of writing. Precisely how countries will keep tabs on exactly what is and isn’t being taxed in other jurisdictions was still largely unknown.

“This is a key concern,” emphasises Nicolaides. “We don’t yet know exactly what the regulations would demand from multinationals, but I would be very surprised if they are asked to disclose their activities in other countries and big firms don’t do it or don’t do it quickly. Companies will have reputational issues as well as enforcement issues, so it will be very difficult not to share this data.”

Nicolaides adds that international collaboration – which the OECD has promoted heavily – will be key. “Already there is an increase in cooperation between countries – it was one of the pet initiatives of the OECD, the exchange of information,” he says.

“And there are country-by-country reporting requirements that demand multinationals disclose activities and that allow tax administrations to exchange this data. We should expect this cooperation to be reinforced as the agreement takes hold.”

More broadly, Nicolaides notes that the EU Tax Observatory would be pushing for all taxation data deriving from the deal to be made public. “There is a new regulation at the European level on public disclosure of information of multinationals that will come into force in 2023. We will be advocating for this to happen in other countries.”

Other unknowns include how companies will counter the measures – for example, to what extent businesses might be broken down into smaller entities to ensure they fall outside the
scope of the deal, making them more tax efficient.

Nicolaides suggests that companies would need to weigh up the risks and benefits of such action, particularly in terms of stock market value and any reputational fallout.

He says it’s conceivable that companies might spread some elements of their footprint across multiple countries to take advantage of the deal’s ‘carve-out’ provision that negates 5% of tangible assets and payroll from the 15%.

The carve-out was a concession to low-tax and developing countries that feared losing multinationals to larger markets if there was no economic incentive to stay. Nicolaides is critical of the concession. “This is an element of the deal that waters down the overall spirit of the agreement and intensifies competition between countries.”

The carve-out will also see a reduction in revenue for some larger economies – the EU Tax Observatory estimates the provision could reduce the EU’s share by 15% to 30% relative to a minimum tax without a carve-out.

All the same, Nicolaides says that the deal, while far from perfect, offers a starting point that is so far workable for all signatories.

“The first step was to establish new taxation norms without getting stuck on the stumbling blocks of the numbers,” he says. “The focus was to agree the main principles and to try and get everyone on board in establishing these new treaties.

“The lower you put the threshold, for example, the 10% level or the €20bn, the harder it is for countries to sign off these rules. The same with the 15% – [this] is really not sufficient, in my opinion. Some people might even argue that countries will be forced from already higher tax rates to adopt this 15% level.”

The 5% carve-out will eventually rise to 7.5%, and Nicolaides fully expects other numbers to be revised and adjusted to further level the playing field.

“These numbers are not enough,” he says, “we are not doing enough in addressing fairness.” He cites taxes on labour as an example. As he explains, very few people pay a tax rate of 15% – most of the taxes on labour are 20 to 30%, sometimes even higher.

The deal also potentially leaves a gap between how multinationals are taxed and how smaller domestic firms that don’t fall into the scope of the deal are treated. These smaller companies could continue to struggle to compete with the Googles and the Amazons of the world, unless more action is taken.

“The numbers should come much higher and be much stricter than what we have now,” Nicolaides says. “We’ve been advocating, for example, that a good level for minimum [corporate] taxation would not be 15% but closer to 25%, or a possible incremental level could be 21%.”

Nicolaides adds that it would make sense for the second phase of the agreement to see an assessment of the data, and a renegotiation of the numbers.

Economists should also monitor the impact of the framework on consumers. How companies decide to offset any tax increases, after all, could have broader ramifications.

“If you increase taxes on companies then part of this increase will be passed on to the consumer,” Nicolaides says.

“This very much depends on competition in the market – if it’s a competitive market, part of the increase would have to be absorbed by the company. At this stage we have no theory on what the final impact will be on consumers.”

At the same time, Nicolaides adds, companies will need to recognise the need for more fairness across the tax landscape.

“We have a big pandemic, countries are desperate for new revenue – and most of these big firms are winners rather than losers from the pandemic. There is scope there to increase taxation in the years to come.”