Does the world's 'elite' gathering in Davos to discuss a sustainable and equitable future seem somewhat ironic? We investigate the future of the World Economic Forum and who really stands to benefit. 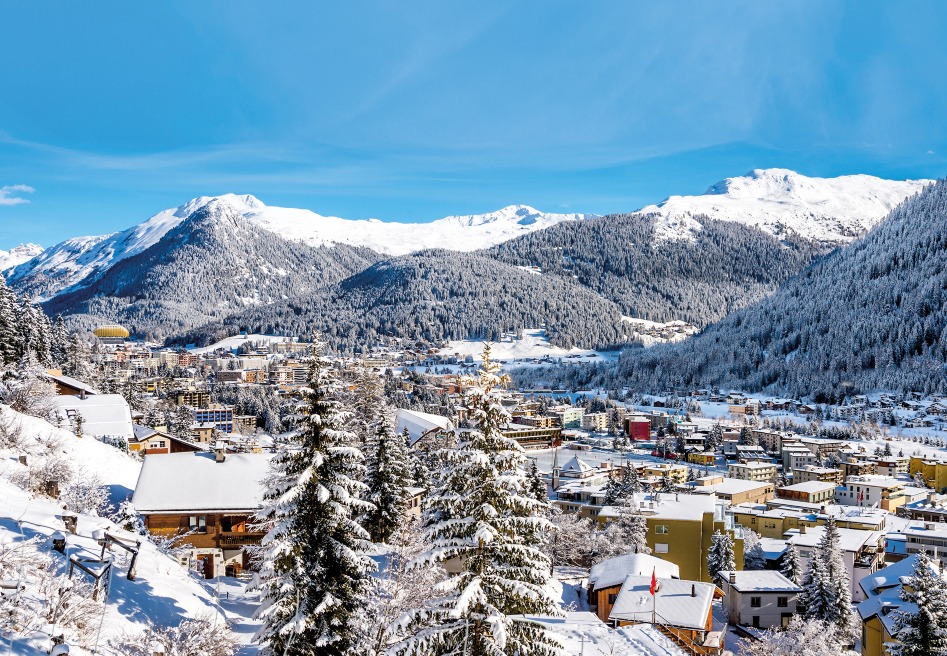 Are the world's elite at the World Economic Forum in Davos best placed to draw out an equitable and sustainable economic model? (Credit: Boris-B/Shutterstock.com)

Every year at Davos there’s an exclusive meeting of the world’s ‘elite’, where the rich and powerful rub shoulders at the World Economic Forum’s flagship event. The organisation is now proposing a ‘Great Reset’, which will shape the world into a more equitable and sustainable model after the Covid-19 pandemic.

But is the organisation a well-intentioned forum for putting the world’s big challenges in front of those who can deliver change, a conspiracy theorist’s dream come true, or simply out of touch with the needs of working people? Jim Banks investigates.

To build back better we need to reinvent capitalism. That is the message coming out of the World Economic Forum (WEF) in response to the Covid-19 pandemic – and the first part, at least, has been picked up by world leaders from Boris Johnson to Joe Biden.

It is the fundamental tenet of The Great Reset initiative, which has proven equally inspiring and divisive, depending on which corner of the internet you visit.

The Great Reset aims to meet global problems, the pandemic among them, with a global response, and to marry profitability with sustainability in a new economic model that could turn a global crisis into a global opportunity. Central to the plan is using the WEF’s ability to bring together the world’s richest and most influential people at its annual conference in Davos, Switzerland.

“We are at a turning point for humankind,” says Klaus Schwab, founder and executive chairman of the WEF and chief architect of the Great Reset. “We should not underestimate the historical significance of the situation we are in. We know the world will look different when we move out of the acute phase of the virus.”

Bluntly put, Schwab sees three possible outcomes. The first is that increasing egotism on national, international and individual levels will further increase. The second is that people assume everything will go back to the way it was before, which he argues is pure fiction.

His favoured third option is to learn the lessons of the pandemic and create a more resilient, more inclusive and more sustainable world. To do this requires redefining the social contract to be more inclusive and to consider our responsibility to the next generation, rather than leaving young people to pay for our mistakes.

It also involves decarbonising the economy to head off an environmental crisis and, simultaneously, to take care of nature, create jobs and invigorate the global economy.

The technologies of the fourth industrial revolution, adopted with great zeal during the pandemic, will promote a new era of digitalisation, underpinned by new ethical, human-oriented principles.

“Some people may say it is too idealistic, but what other choice do we have?” Schwab asks. “It can’t be left to elites to address the needs of the general public. We need an all-inclusive approach.”

Schawb’s comments about elites hit at the heart of a big problem – how the WEF’s intentions are perceived beyond the meeting rooms of Davos.

During the pandemic – the instigating factor in the Great Reset – the wealth of the world’s richest 1% ballooned. Yet many of them are the guests at Davos, rubbing shoulders with heads of state and leading academics. In fact, Davos is seen by some as a gathering not of the 1% but of the .000001%.

“The WEF does have a perception problem, but it is grounded in some reality,” says William Burke-White, non-resident senior fellow at the Brookings Institution, a non-profit public policy organisation in Washington, DC. “The visuals of the world’s richest and most powerful people gathering in a Swiss ski resort is dissonant with an era concerned with equity and inclusivity.”

It is an image that has led some critics to craft elaborate conspiracy theories around the WEF and, particularly, the Great Reset, which they’ve styled not only as an attack on free-market enterprise and the profit-seeking imperative of Western capitalist societies but as an attempt to enslave people in the service of a one-world government.

His claims that the initiative is a covert plan to destroy capitalism and use the pandemic to usher in an authoritarian government that will enact forced vaccination programmes, digital ID cards and the end of private property.

“The reality is that we try to get people who don’t normally talk to each other to talk to each other,” says Adrian Monck, the WEF’s director of public engagement. “That involves creating vehicles for them to have conversations. You have to create an architecture for that and what we did in light of Covid is the Great Reset.”

“If you’re sitting at home and you’ve lost your job, you might look at that and say these guys are planning something and there is some great scheme afoot, and I can relate to that,” he adds. “I wish someone was flying the global plane, but it is not that simple and it is certainly not a conspiracy.”

Monck’s defence of the elitist optics around Davos is that big companies are rivals and rarely sit around the table talking about important, long-term global issues. The WEF’s annual meeting, he believes, gets them to do just that.

“We’re hosting conversations, but people think we are reworking the world in a way that is suspicious,” he remarks. “It is a no-brainer that capitalism red in tooth and claw needs a little restraining. Every country on the planet has rules and regulations about what companies can and cannot do. In order for us to have a smoother, better operating system it makes sense for us to have those conversations on a global level, otherwise the world’s economy stays stuck.”

Stakeholder capitalism – which works for the benefit of all, rather than just shareholders – is Schwab’s big idea. But that hardly means it’s new. Rather, it is simply gaining more traction in light of the pandemic, climate change, political nationalism, growing inequality and other hot-button global issues.

“Klaus has an idea that business is about more than just making money,” says Monck. “The other side is trying to warn people about long-term risks. The Great Reset is really about saying we are challenged by Covid-19 and what it is doing to people’s livelihoods, to economies and to the global economic system, so when we think about the future can we please think about putting people first.”

The WEF may never convince die-hard conspiracy theorists that its intentions are benign, but then again in the age of social media that would be impossible.

Its biggest challenge is to persuade more of the general public that the discussions in the tightly guarded and exclusive community of Davos are driven by the greater good rather than self-interest. Burke-White at Brookings, who fully understands the WEF’s public image problem, nevertheless feels that, while its mechanics are not perfect, its work is vital.

“Davos does serve an important networking function and it is hard to do that without a perception problem,” he says. “To some extent, it trades on its image of billionaires and world leaders meeting. But it does not get enough credit for being a think tank and having many research councils. WEF is not a global government that can do what it wants. It cannot set the global agenda, but it brings together people with wealth and influence to talk about big ideas.”

“We need the WEF more than ever because the biggest challenges need businesses to come together,” Burke-White adds.

For Burke-White, then, Davos links idea generation with people from government and the private sector, though he would like to see more people from the non-profit sector attending the meetings to inject new ideas.

“Davos really needs to tell its story better,” he believes. “It needs to tell people that what matters is not so much the people who are in the room, but why they are in the room. It is to address the biggest challenges in the world today – problems that are beyond the control of national governments.”

In a way, the WEF plays on a tension between two concepts. One is legitimacy, which, given the exclusivity of the attendees and their disproportionate power and influence, is low.

There is a disconnect between the attendees and the people affected by the problems they are discussing. The second concept, Burke-White suggests, is effectiveness.

“If you ignore legitimacy, then you need to be hugely effective,” he explains. “That is a high-risk strategy, but big companies may have the answers or the capacity to address an issue like climate change, so you need some way of getting them involved.”

If the WEF’s weakness is how it is perceived in the world at large, then the Great Reset has fuelled that problem. Its rhetoric can provoke knee-jerk reactions, and its language can mask the sound ideas it espouses – the creation of a resilient, equitable and sustainable global economy.

Saying that capitalism should serve multiple ends, not just shareholder profitability, is undoubtedly a worthy sentiment. It remains to be seen whether the world will accept Davos and The Great Reset initiative as the vehicles to deliver it.