Why digital identity is critical to restoring faith in democracy 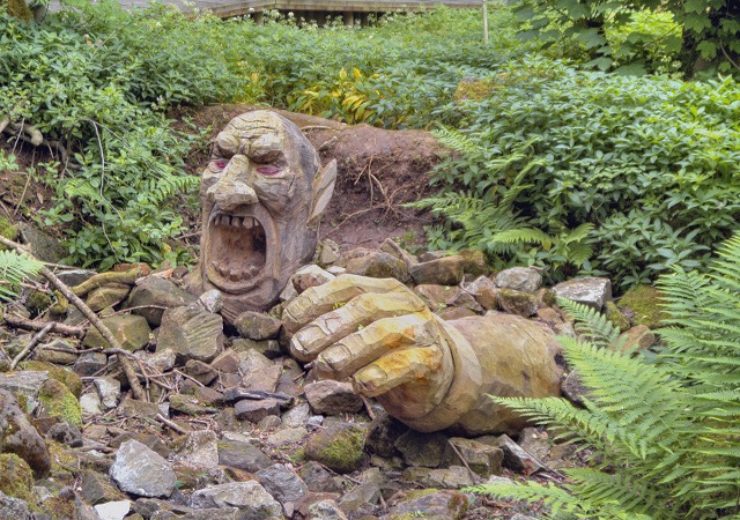 With the UK election next week and another in the US on the horizon, questions of state interference in planting fake news will no doubt arise. But Stephen Ufford, CEO and founder of global identity verification service Trulioo, believes digital democracy could help unpack the truth.

Within the first official week of the ongoing UK election campaign came reports of two separate cyber attacks on a main political party – in this instance the Labour Party.

The likelihood is that there will be more for the public goes to the polls on 12 December.

The unfortunate reality is that modern elections are becoming a target for interference and sabotage, from both state-led or state-sponsored actors, or terrorist and criminal organisations and individuals.

Around the world — from American elections to Brexit — foreign influencers, trolls and bots are doing their level best to interfere with and impact the results of political campaigns.

Nowhere is this influence more pervasive and dangerous than on social media platforms.

As citizens increasingly turn to online sources for their news and content, we’ve seen first-hand these platforms become popular targets for disinformation campaigns orchestrated by bad actors seeking to influence elections across the world.

The most notorious example of this was the US presidential election of 2016, where on social media it became extremely difficult to distinguish between legitimate content and sources – including news and ads – on social media and the fake news being distributed by rogue agents.

Democracy is under threat and, hardly surprisingly, this is having a profound impact on our faith in political institutions and causing us to question the legitimacy of our political leaders.

The dangers of anonymity within digital democracy

However, despite a widespread acceptance that more needs to be done to protect the integrity of democratic elections in a digital-first world, those stakeholders involved, including governments, electoral commissions and social media platforms, have a significant challenge on their hands.

Put simply, there are two main threats to our democracy which have emerged as political campaigning and communication have shifted towards digital channels.

Firstly, there is clear evidence that bad actors have used social media platforms to share false information far and wide.

Unlike within mainstream media, these organisations and individuals have taken advantage of the anonymity they can maintain online, and been able to take out paid advertising and disseminate messaging, often without any real analysis of its credibility and truth.

Within hours, lies and unfounded claims have been seen – and believed – by millions of voters, leaving electoral bodies and government agencies playing catch-up.

Secondly, and arguably even more worrying, is the evidence of foreign interference in domestic elections, where foreign governments or state-sponsored groups have created thousands of synthetic social media accounts to espouse a particular point of view, promoting one candidate or party and launching vitriolic attacks on the opposition.

The most notorious example of this was the US presidential election in 2016 when the Internet Research Agency, a “troll farm” based in St Petersburg, distributed and promoted fabricated articles and disinformation from Russian government-controlled media over a four-year period.

The extent of the impact that a so-called “bot army” can have on the results of an election are still to be determined but there can be little doubt that they have a direct impact on voter behaviour at the ballot box.

The role of identity in political campaigning

In order to avoid the controversies that have plagued so many recent elections across the world, we are now seeing a concerted and co-ordinated effort from all stakeholders involved.

This is a global challenge that requires a global response.

Indeed, there is a recognition across the board that the most effective way to tackle this attack on democratic values is to reduce the level of anonymity that individuals and organisations are currently afforded online.

This extends from paying for high-profile advertising campaigns online through to leaving comments at the bottom of articles on online news sites.

This essentially means putting identity at the heart of all digital and social media activity and engagement, so that every single social media account created can be linked back to a web carbon version of an individual or organisation.

We now have the technology available to verify the identity of online users and advertisers, wherever they are in the world, and to prevent the creation of synthetic accounts or bots which are capable of causing so much harm to our political processes and our faith in democracy. We have the means to take away the anonymity of trolls.

We know first-hand that social media platforms are taking seriously their role and responsibilities within political campaigning and huge progress is already being made in this regard.

Some are already making identity central to their political advertising strategies and policies going forward and this is having a profoundly positive impact on the authenticity and validity of political messaging on these platforms. Other social networks are set to follow.

Greater scrutiny due to digital democracy

Linked to this focus on identity, steps are being taken to ensure tighter scrutiny and monitoring of political advertising online.

In the same way that advertising is regulated on traditional channels such as TV and print media, with a focus on facts and evidence to support campaign messaging, there are now moves to replicate this across social media advertising.

This will help to root out and expose fake news, and to identify those responsible so they are unable to advertise in the future.

Of course, some people may argue that this type of regulation goes against the whole ethos of the world wide web, with its founding principles of freedom of speech and accessibility.

For sure, social media platforms and governments are highly aware of this as they formulate strategies to counter fake news and bot armies.

Fortunately, they now have at their disposal sophisticated technology and identity verification platforms that can protect free speech whilst at the same time make elections safer.

Ultimately though, we cannot allow the current trend line to continue, where internet users are unsure about the validity of the information and data they are being fed online and are therefore becoming increasingly sceptical about the integrity of elections as a whole.

Social media platforms and governments will continue to collaborate and innovate to reverse this issue, using identity verification and technology as a means to create safer, more transparent and more engaged democracies.