The American AI Initiative hopes to keep the US' global advantage in the development of AI technologies by investing in tech research and regulation, while addressing a skills gap 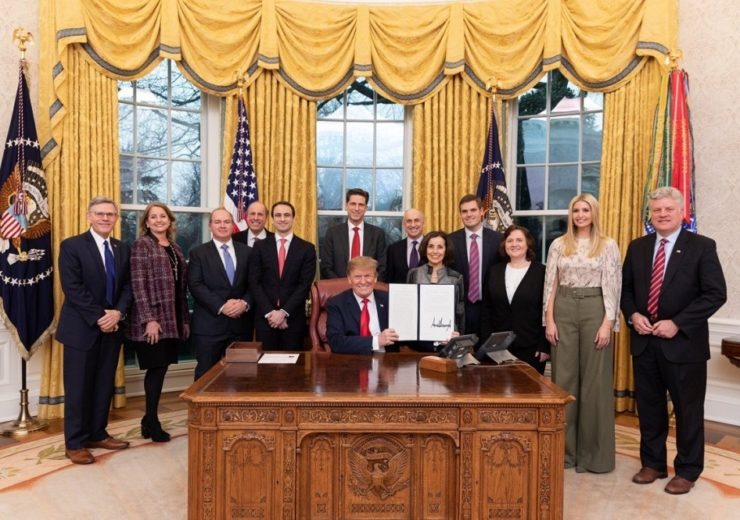 US president Donald Trump has signed an executive order prioritising the growth of artificial intelligence technology – and there are hopes the American AI Initiative will help cement the country’s foothold as a global leader.

The programme aims to promote research and development into AI technologies and regulation.

With China having an eye on America’s AI crown with a plan to build a $1tn (£776bn) industry by 2030, Trump will hope the federal government directive helps to preserve its dominance until now.

Unveiling the plan on Monday, the President said: “Continued American leadership in artificial intelligence is of paramount importance to maintaining the economic and national security of the United States.”

What is the American AI Initiative and what will it do?

The American AI Initiative will provide government finance and resources towards the development of new AI technologies and inventions.

This will include the provision of government computing resources, access to federal data, promoting science, technology, engineering and maths (STEM) subjects at school, and helping regulatory agencies to design frameworks and national standards for the use of AI.

US Secretary of Energy Rick Perry, whose department also oversees the country’s 17 national laboratories and technology centres, said: “The Department of Energy has long been a leader in high-performance computing, and currently possesses five of the ten fastest supercomputers in the world.

“Through this executive order, the President has given DOE a mandate to further utilise our world-class computing infrastructure to build upon and accelerate America’s existing AI research.

“DOE’s artificial intelligence programme will provide the unique ability to analyse massive data sets and create intelligent software to accelerate the pace of discovery in a broad variety of areas including energy, science and defence.”

It is hoped the American AI Initiative will improve prosperity, increase economic security and protect US values.

However, the executive order acknowledges there is a current skills gap that needs to be addressed to make sure that workers and businesses are capable of utilising the latest developments in AI.

As of yet, no funds have been allocated for the initiative, which says federal agencies “should budget an amount for AI R&D that is appropriate”.

The US is currently engaged in a trade war with China with tariffs on Chinese imports raised to 10%.

The backing of US technology under the AI Initiative follows fears that China could soon overtake the US in making the latest tech breakthroughs.

In 2017, China published its Next Generation Artificial Intelligence Development Plan which set aside $150bn (£116bn) to invest in the domestic AI industry.

The development plan aims to make China a world leader in AI by 2030 and has already made it one of the biggest investors in AI.

In the opening paragraphs of the document, it states: “AI has become a new focus of international competition.

“AI is a strategic technology that will lead in the future; the world’s major developed countries are taking the development of AI as a major strategy to enhance national competitiveness and protect national security.”

Mr Trump will be hoping the American AI Initiative retains the US advantage over China.