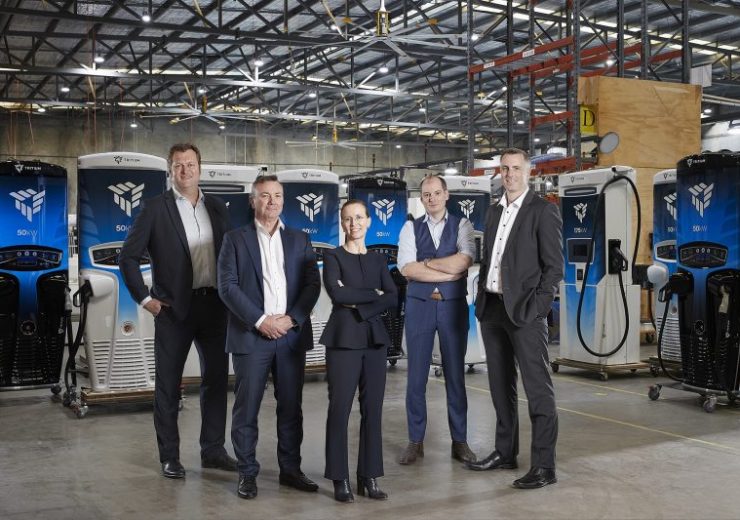 Tritium, an Australian electric vehicle (EV) fast charger manufacturer, has agreed to merge with blank cheque company Decarbonization Plus Acquisition Corporation II (DCRN) in a deal that values the former at A$1.55bn ($1.2bn).

The transaction will enable Tritium to become a publicly listed company. It is expected to trade on the NASDAQ in the US under the ticker symbol – DCFC.

Based in Brisbane, the company develops and manufactures hardware for advanced direct current (DC) fast charging.

Tritium, which was founded in 2001, is claimed to have facilitated over 2.7 million high-power charging sessions across 41 countries, which equates to more than 55GWh of energy.

Its intellectual property includes a fully liquid-cooled, IP65-rated charger which is ingress-protected and sealed from outside elements to help lower the total cost of ownership for customers.

Tritium CEO Jane Hunter said: “The accelerated electrification of the transport sector globally is now underway and has extraordinary implications beyond the benefits to individual consumers.

“Our industry is essential to achieving global emission reduction targets both through increased adoption of electric vehicles and the deployment of EVs for mass energy storage technology.

“As ‘batteries on wheels,’ EVs will help pave the way for more renewable power to be introduced into national energy mixes. E-mobility also plays a critical role in improving air quality, which is critical for public health in populated regions.”

Hunter, who will continue as CEO, added that the company aims to expand to three global manufacturing facilities. These include setting up a new production facility in Europe, expansion of the company’s site in Los Angeles, and further development of its facilities in Brisbane.

The deal is expected to give gross proceeds of up to around $403m, assuming that there are minimal redemptions by DCRN’s public stockholders.

Apart from expanding its manufacturing footprint, Tritium will use the proceeds to fast-track product development and grow its sales and service operations teams across the world.

DCRN chairman Robert Tichio said: “Under Ms. Hunter’s leadership, the company has developed an incredible team of more than 340 employees on four continents and a diversified base of blue-chip customers, while positioning Tritium to be the leader in DC fast charging as the adoption of electric vehicles continues to accelerate.

“As the wave of investment capital directed to environmental, social, and corporate governance (“ESG”) goals continues its acceleration, we believe a publicly-traded Tritium will serve as a valuable core holding for ESG investors.”

DCRN is sponsored by an affiliate of New York-based private equity firm Riverstone.

The closing of the deal is subject to the approval of DCRN’s stockholders and other conditions.